The leadership transition comes at a time of great brand strength and Company performance. Since early in Wandell's tenure, Harley-Davidson has benefited from a clear and compelling strategic plan. Along with major transformations in product development, manufacturing and retail capabilities, the strategic plan has had a major focus on leadership development and further strengthening the Harley-Davidson brand.

"We have accomplished a lot to reposition Harley-Davidson for a bright future," said Wandell, "and the most important achievement has been the development of great leaders at all levels of the organization. Our executive team has been integral to the creation and execution of our strategy and assuring a strong company going forward."

Levatich, 50, joined Harley-Davidson in 1994. Prior to becoming President and COO of Harley-Davidson Motor Company in May 2009, he held wide-ranging roles in the U.S. and Europe. Past leadership roles include Vice President and General Manager of Harley-Davidson's Parts and Accessories business, Vice President of Materials Management, and President and Managing Director of the Company's former MV Agusta business. In addition to an
undergraduate degree in mechanical engineering from Rensselaer Polytechnic Institute, Levatich holds a graduate degree in engineering management and an MBA from Northwestern University. He has served on the board of directors of Emerson, a St. Louis-based global manufacturing and technology company, since 2012.

"Matt's tremendous leadership abilities and track record, together with his drive for excellence and deep knowledge of the business, make him an outstanding choice as Harley-Davidson's next CEO," said Wandell. "He has been a driving force behind our focus as a customer-led organization, and the innovation and continuous improvement that are expanding Harley-Davidson's industry leadership. I have great confidence in the company's future under Matt's guidance."

"It's a great honor to become the next CEO of this iconic company," said Levatich. "As we look to the future, we believe there are tremendous opportunities to build on our many strengths. Harley-Davidson is one of the world's most-powerful and revered brands, and through our strategies to provide unrivaled products and experiences for our customers, we aim to extend our reach and work to realize our full potential as a growing global company."

Wandell, 65, became President and CEO of Harley-Davidson, Inc. May 1, 2009, and was elected Board Chairman in February 2012. During his tenure, the Company launched groundbreaking motorcycles, transformed manufacturing through a restructuring that is generating more than $300 million in annual savings and made significant gains in reaching new customers by growing international markets and sales to outreach segments in the U.S.

"Keith has been a transformational and visionary leader who joined Harley-Davidson at a critical juncture in its history," said Richard Beattie, Independent Lead Director. "He developed strong leaders throughout the company and at the same time transformed how Harley-Davidson does business. We owe a huge debt of gratitude and thanks to Keith for Harley-Davidson's many achievements and advances under his leadership."

Wandell has chosen not to stand for election to another term on the Harley-Davidson Board of Directors at the Company's annual shareholder meeting April 25, 2015. Beattie will assume the role of Board Chairman at that time. 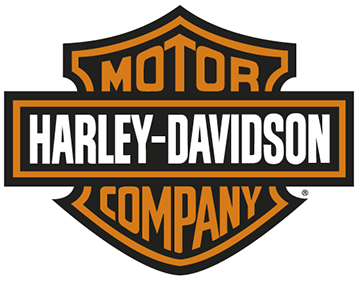 Levatich and Harley-Davidson Chief Financial Officer John Olin discuss the leadership transition in a video that will be posted to the Investor Relations section of the Company's website at 8 a.m. (CST) Thurs., Feb. 5, 2015: http://investor.harley-davidson.com.