8 Great Discoveries the Chip Made at Motor Bike Expo

8 Great Discoveries the Chip Made at Motor Bike Expo

If you want to see cutting-edge motorcycle innovation at its finest, be the first to lay eyes the latest products and models, and meet the biggest names in motorcycling, it’s hard to beat the Motor Bike Expo in Verona, Italy. The Sturgis Buffalo Chip® made its first trip to this premier motorcycle show January 23-25 and were humbled to be in the presence of so many amazing manufacturers, customizers, gorgeous women and downright friendly riders from around the world. The Chip made some surprising discoveries while at this spectacular motorcycle show and there are eight we just had to share with you! 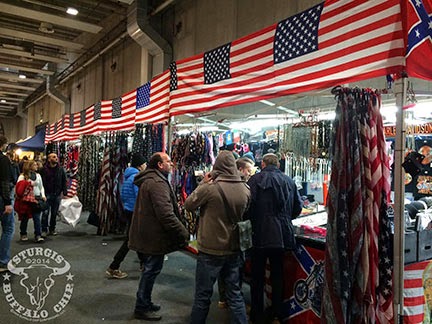 There are times an American feels as if they are on native ground during this show. And with motorcycles serving as the universal language, you often wouldn’t notice that folks are speaking in Italian. 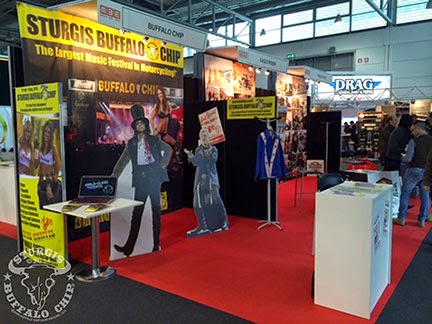 2. It IS possible to stow a person away in your luggage.
Alice Cooper and Billy Idol made the long trip from Sturgis, SD to Verona, IT inside a suitcase so they could hang out in the Buffalo Chip booth. (Unfortunately TSA wouldn’t let Alice bring
his sword and snake.) 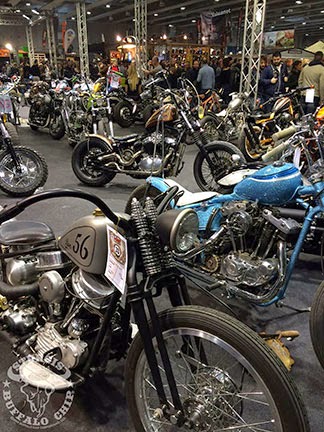 3. Stock bikes are hard to find at MBE.

Around every corner you’ll find a sea of motorcycles, but stock bikes and baggers are pretty hard to come by. 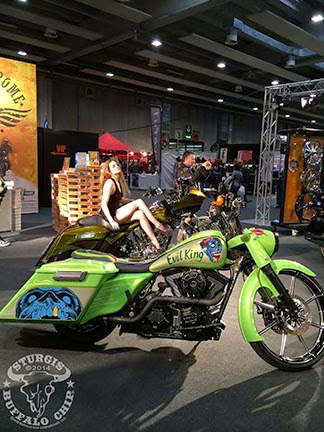 4. The ratio of bikes to beautiful women is practically 1:1.
The Italians are great at making so many things, and beautiful women rank right up there with the food, wine, art and motorcycles. 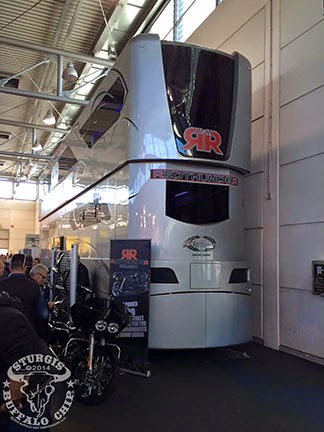 5. The future has arrived.
Want a new exhaust system for your bike? At the flip of a switch, the hydraulic outer sleeve of this bus lifts up to reveal the entrance to their mobile shop. Ride through the set of garage doors on the back, and ride out with a whole new system. 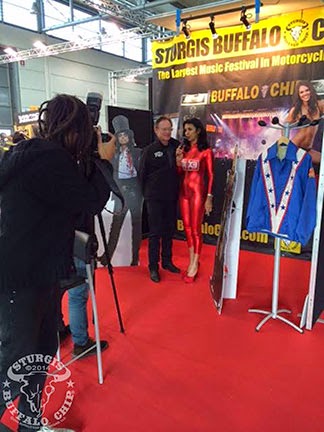 When the MBE hostess stops at your booth for an interview wearing a spandex one piece,
it can be tough to maintain composure.
When Rod Woodruff wears one, people just run in the other direction! 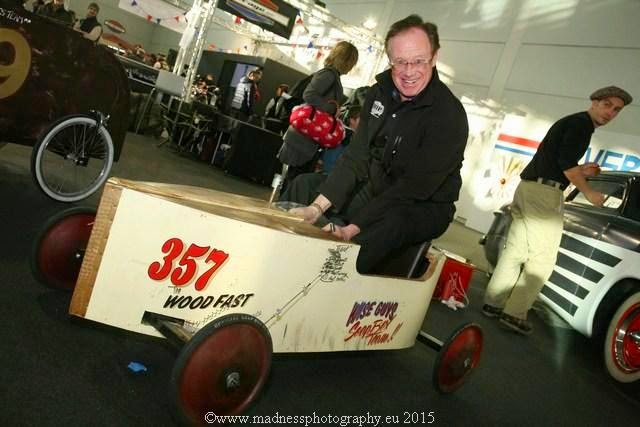 And, Woody found his new ride; The Wood Fast! 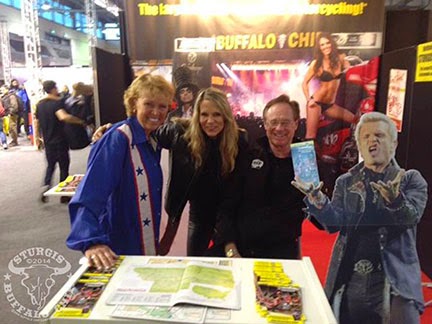 7. Billy Idol has a crush on Karen Davidson.
It wouldn’t be a proper show without a visit from a member of America’s first family of motorcycles, Harley-Davidson. The whole gang was happy to get a visit, but Billy especially. 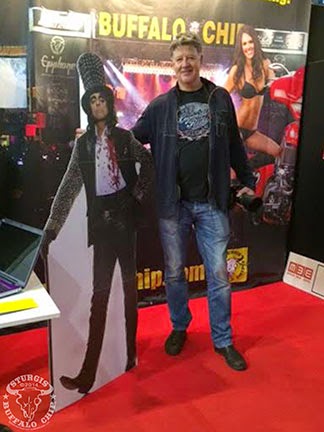 8. The Buffalo Chip has friends no matter where they go.
Gerrit van de Streek from the Netherlands was one of many Chip veterans cruising around the show who stopped into the Sturgis Buffalo Chip booth. He has been coming to the Chip for years and will be returning for the 75th in 2015. (Nice Legends Ride® t-shirt, Gerrit!)