We congratulate the winner of the National Motorcycle Museum's 2014 fundraiser motorcycle, a 2014 Indian Chief Vintage. Our officials pulled a ticket from Thomas Lock of Bern, Kansas.  We called and gave Thomas the good news on the afternoon of December 31,
2014, New Years Eve.

Tom was pretty excited. "I've never won anything big in my life! Wow! This is great!"

Tom has been a J&P Cycles customer since the mid-1990's, and says J&P Cycles is about the only place he can get correct, good fitting parts for his Harleys. He's a machinist by trade and builds extruding machines, so he knows what makes a good motorcycle. The Indian will be an addition to Tom's stable which already includes three motorcycles; a 1953 Harley-Davidson FL "Panhead," a 1988 Harley Soft Tail and an 1100 Sportster. The new Indian will be in good company.

This was not the first year Tom donated to win a Museum fundraiser bike. And he donated to win twice this year;  six tickets in the summer, then six more in the final mailing in November. He visited his nearest Indian dealer back in November and was impressed by the new Chief, hoped he could win it.

Tom came by January 30 to pick up his 2014 Chief and took it to McGrath Powersports in Cedar Rapids, Iowa for setup and to complete paperwork. Though he has been a Museum supporter for several years, he had not yet made the trip to see the actual Museum until he came to pick up his new Indian. 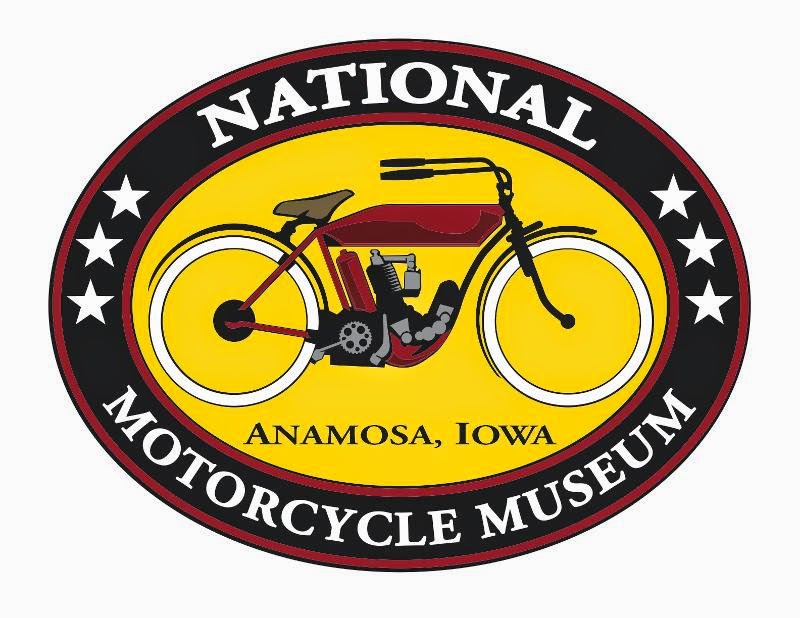 Are You Ready for the Next Big Thing?

"For 2015, we are offering the opportunity to win another great Indian, a 2015 Indian Chieftain," says National Motorcycle Museum president, John Parham."It's got hard bags, a sharp looking fairing, even nice cast wheels and two-tone paint. We wish you the best. Hope you support the Museum by entering to win it."

You can go to the Museum website now, download and print an entry form and mail it to the Museum with your donation; $5 for one ticket, or $25 for six. In February we'll be making the first mailing of personalized entry tickets to supporters who have donated to win in past years. Check the website where you can enter to win, www.nationalmcmuseum.org, or call the Museum at 319 462 3925 for more information.