Harley continues with near record dividends as stock price languishes

Harley-Davidson continues to work hard to keep the investor community sweet by paying its highest quarterly dividends since 2008.

Following their second quarter/half year results the company has again announced a cash dividend of $0.275 per share - for the third quarter of 2014. This is the third such dividend for 2014, and is up on the $0.210 per share paid throughout 2013.
Indeed the company is currently sustaining the third highest level of stockholder return in its history, dividends having been as low as $0.10 per share during the recession (March '09 through April '11). 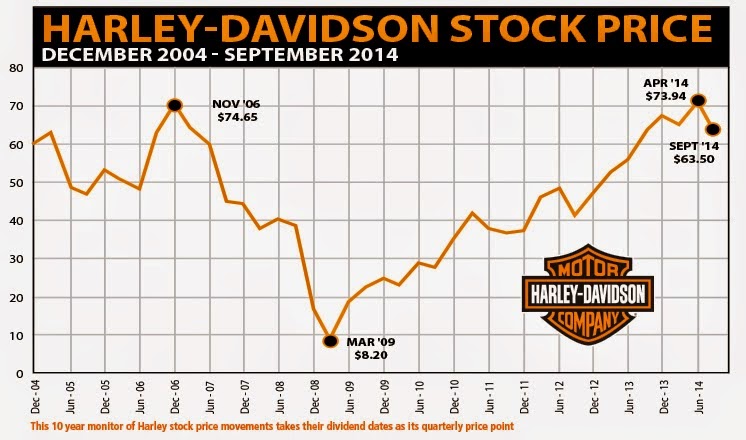 From its historic high of over $74.65 per share in November 2006, Harley's share price has been to the bargain basement and back again during the recession, bottoming out at $8.20 per share in March 2009.
Although the recovery has seen the stock price peak at around $73.94 at the end of April this year, its highest price since pre-recession levels, trading has seen the share price decline this year since then.
At around $63.50 it has remained at the lower-end of its current 52 week cycle as the new model and third quarter dividend announcements were made - the low coming at around
$60.60 in early August 2014. 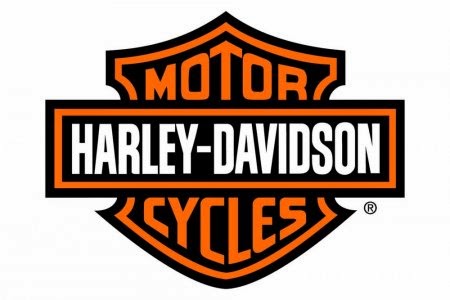 In fact in the approximately six months since the October 2013 to September 2014 low of $61.23 in early February this year, the stock price has seen a massive $12.71/20.72 percent volatility - fuelling increasing concern among the new breed of more hawkish post-recession 21st century "active" investors that the company may be about to enter a period in which its share price becomes moribund and in which the company will therefore be vulnerable to raiders.
This weeks AMDesign presents a new 10 year quarterly analysis of Harley dividend pay-outs and stock price trends that we'll update on a quarterly basis moving forward. 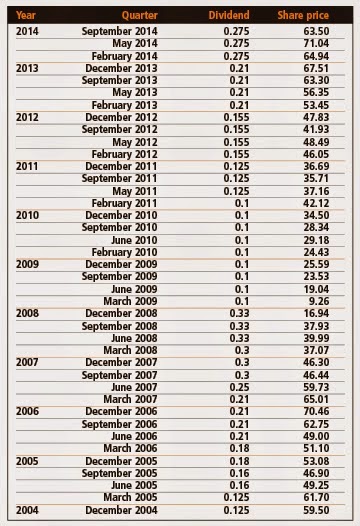