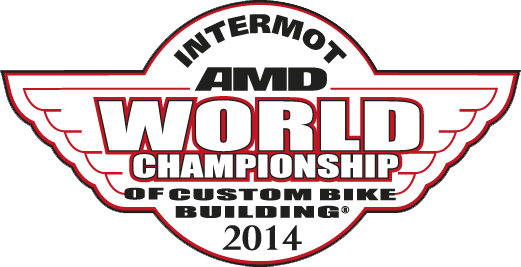 The 11th annual AMD World Championship of Custom Bike Building is now underway at this year's INTERMOT expo at the Cologne exhibition center (Koelnmesse) in Germany.
Yesterday saw some 80 builders from 24 different countries, register 90 great custom bikes, for the five classes, with the World Champion scheduled to be announced at the award ceremony at the end of the show, 5pm on Sunday October 5th.
Judging, which will take place on Saturday, is by 'peer group review' - with the competitors themselves choosing who will represent the custom V-twin industry as World Champion for the year ahead. 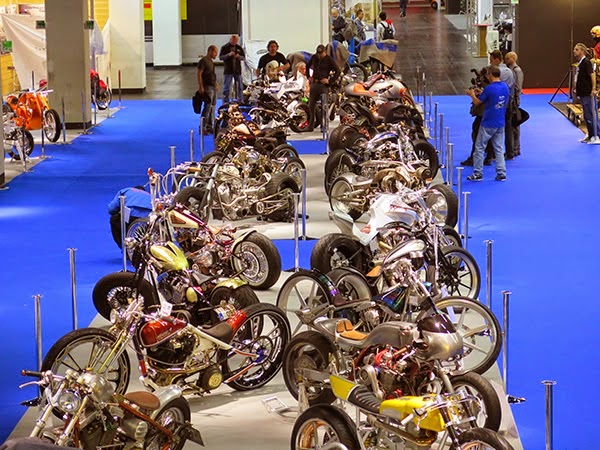 The early speculation is that there is great depth of field in terms of the standard of bikes this year, with several candidates vying for the favourite slot in the early betting!
The continuing post-downturn evolution of the custom bike building market again shows how a new younger generation of customizers are responding to price point pressure with an ever-greater focus on originality and craftsmanship. 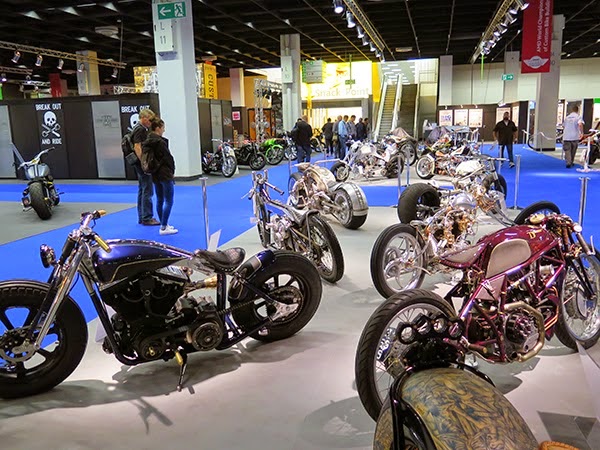 This year's Championship  includes three former World Champions going head-to-head in the freestyle class (Fred Krugger of Krugger Motorcycles, Andreas Bergerforth of Thunderbike and Winston Yeh of Rough Crafts) but they face stiff competition from several other returning competitors and first time entrants who have come into competition at an extraordinarily high standard. 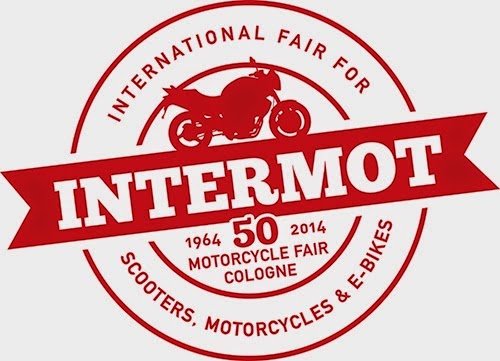 You can follow the Championship as it unfolds this week at www.facebook.com/AMDChampionship
Posted by Onno "Berserk" Wieringa www.madnessphotography.nl at 15:45