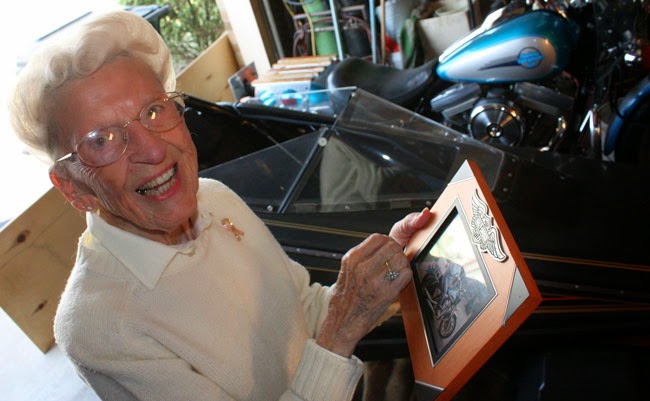 Many of us have known “Mike and Margaret” for several decades. Inseparable and always caring so much for each other, they were a great team of over 71 years. So we are saddened both for Mike, who survives Margaret and is in good health, and for the loss of Margaret to our community. Margaret was a woman diminutive in stature, grand in her participation, enthusiasm and support for motorcycling. 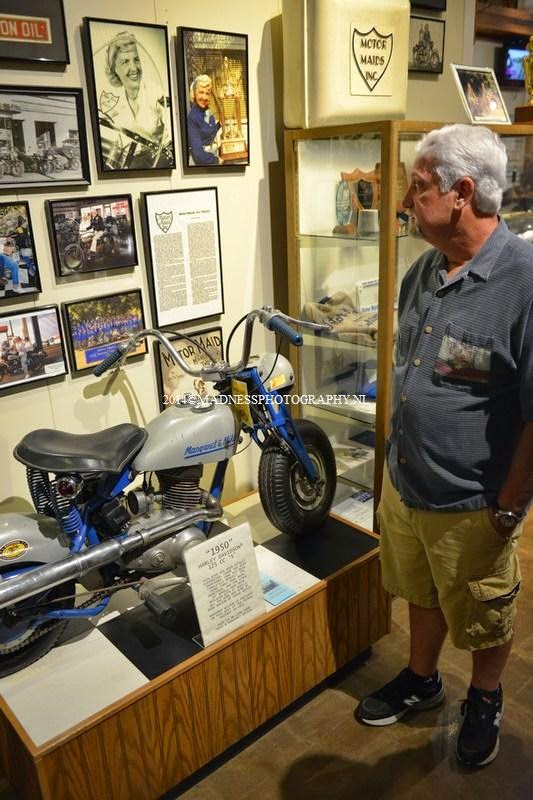 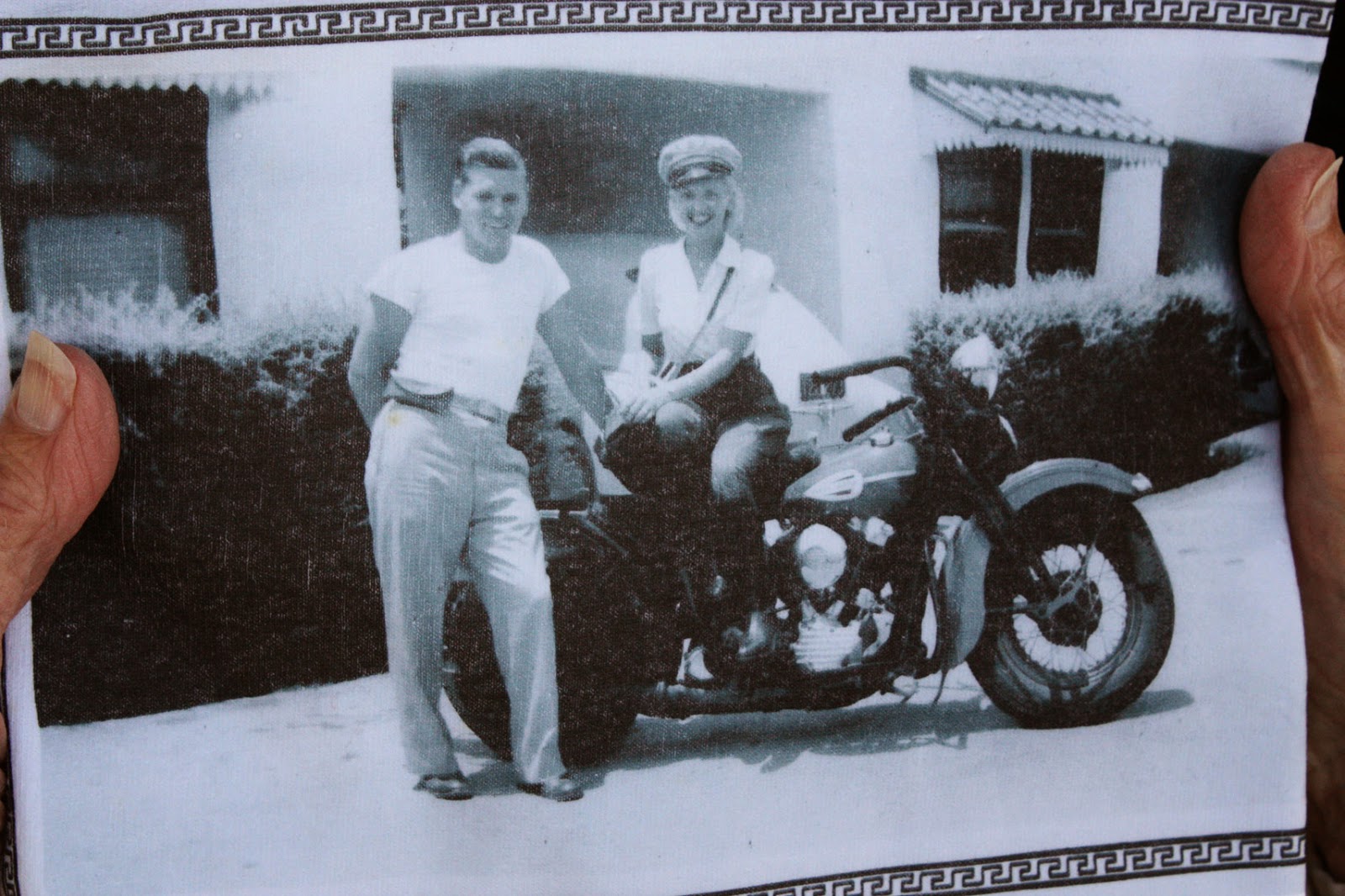 According to Mike, he put Margaret on a Harley 45 around 1946, and she was as hooked on riding as he was. Looking to participate in as much riding as possible, within five years Margaret joined the Motor Maids, an almost all-women riding organization that exists till this day, partly through
Margaret’s contributions.

A wide smile and an uncanny sense for contributing her ideas with courtesy for others made Margaret a favorite of many who struggle to keep organizations vital. And she contributed to the motorcycle dealership she and mike operated for many years. Looking back through old copies of the AMA’s magazines, you will find photos of Margaret published to announce her winning America’s Most Popular and Typical Girl Rider awards. Club secretary, road captain, board member or the co-maker of a fundraising challenge at a breakfast in Daytona Baech, Margaret was perhaps the perfect cheer leader for motorcycling for many, many decades. 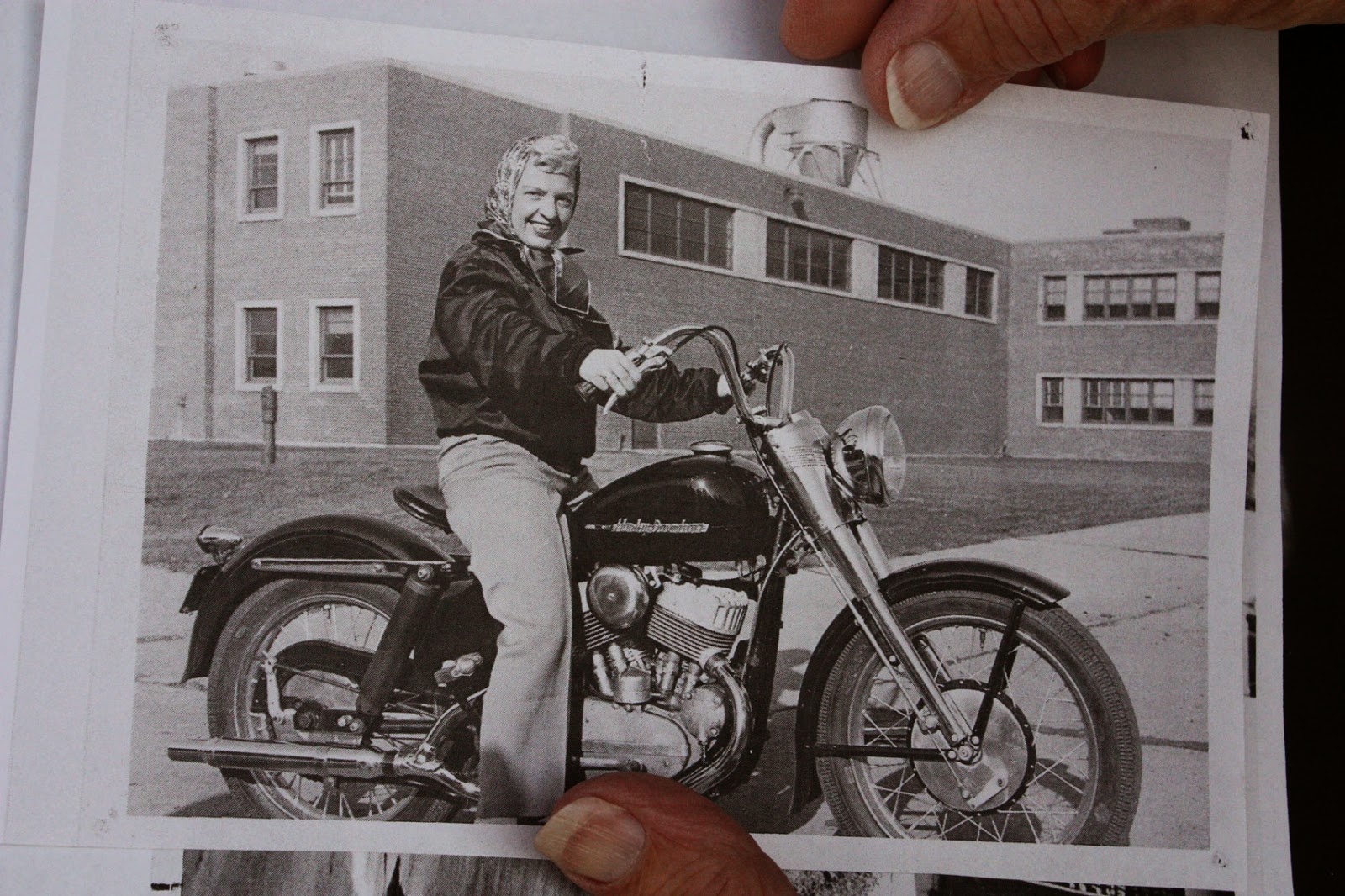 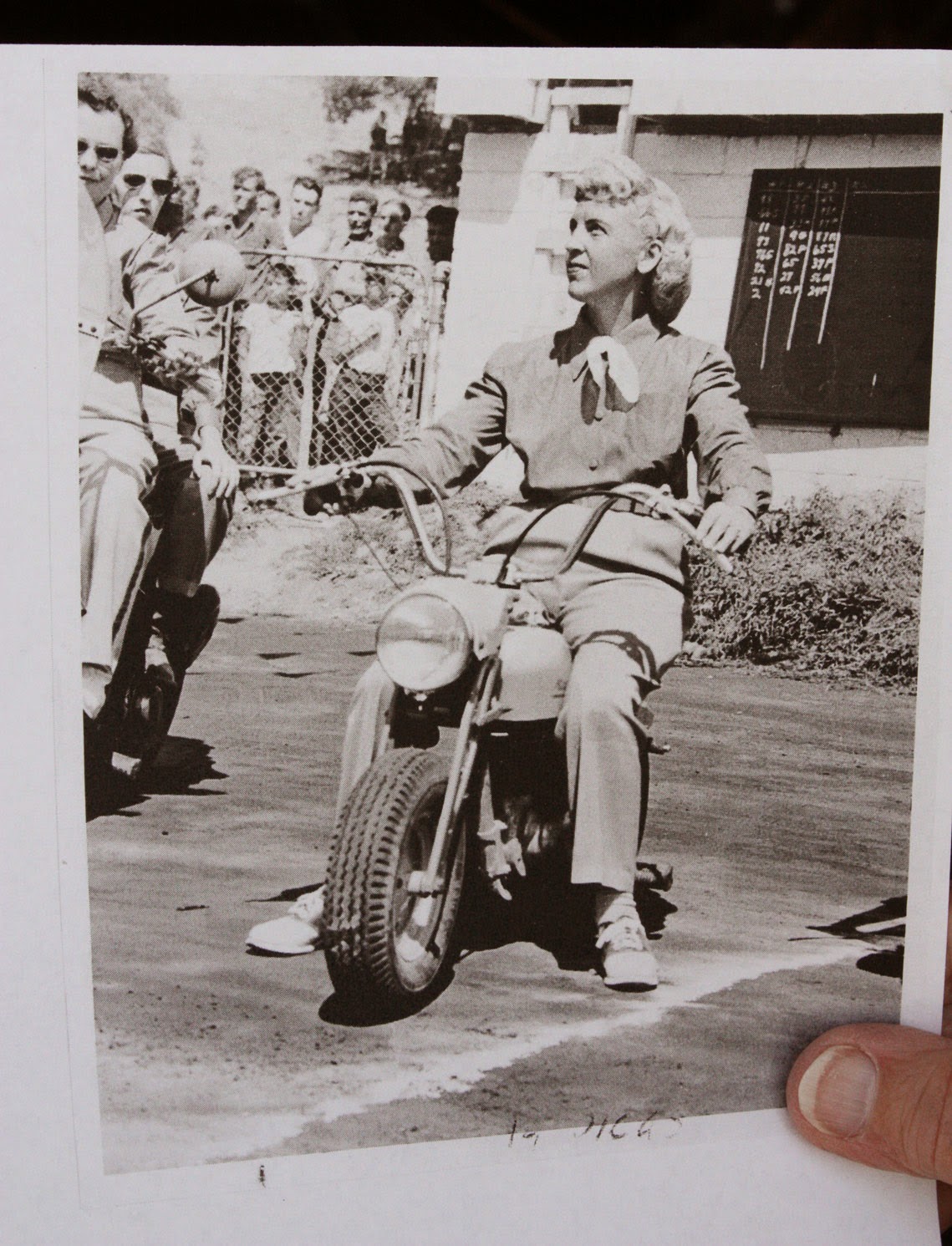 Margaret Wilson’s memorial service in Cedar Rapids July 28 was attended by over 20 Motor Maids, some from as far away as Virginia. Several National Motorcycle Museum staff were in attendance as well, and one remarked while viewing all the lady riders in blue and white, “I wonder if anyone will come along who can replace Margaret Wilson?” 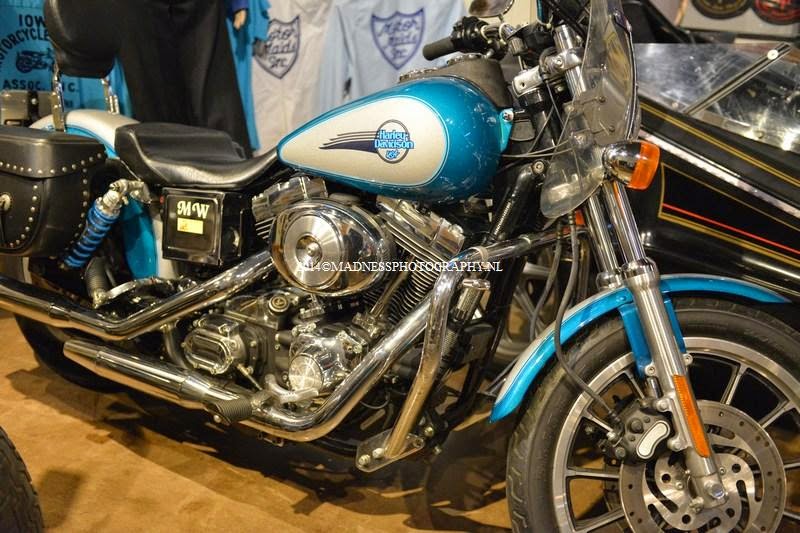 Margaret's bike is on display at the National Motorcytcle Museum, Anamosa, IA.