Bonneville SCTA Speed Week Cancelled.
Heavy rain on Wednesday, Thursday and Friday turned the Bonneville Salts into a lake. After postponing the tech inspection of the 530+ motorcycles transported from all over the world to attempt land speed records, the SCTA  was obliged to cancel the 2014 event. 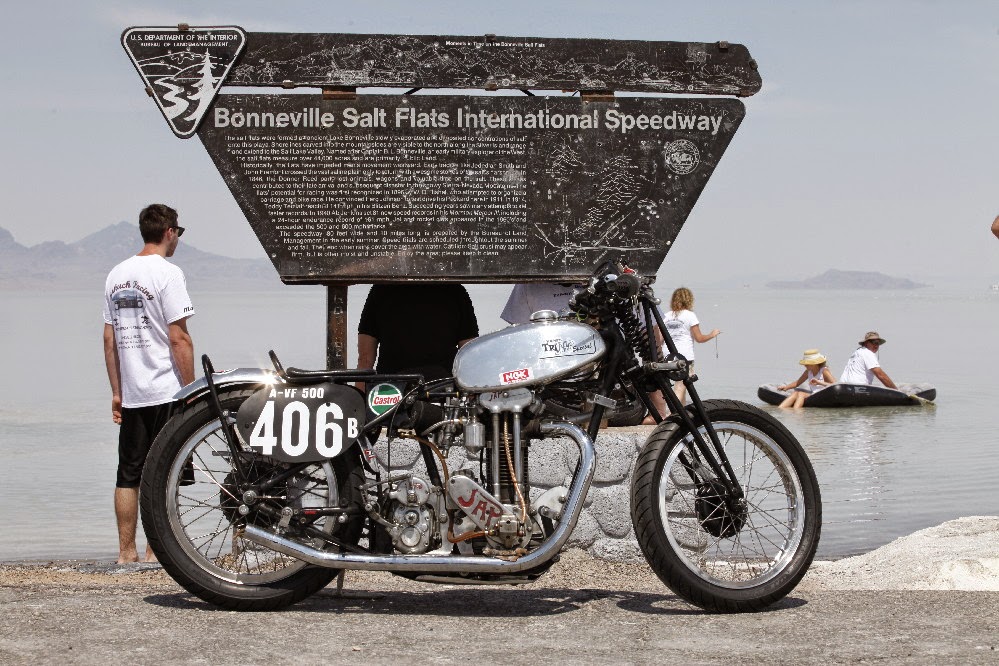 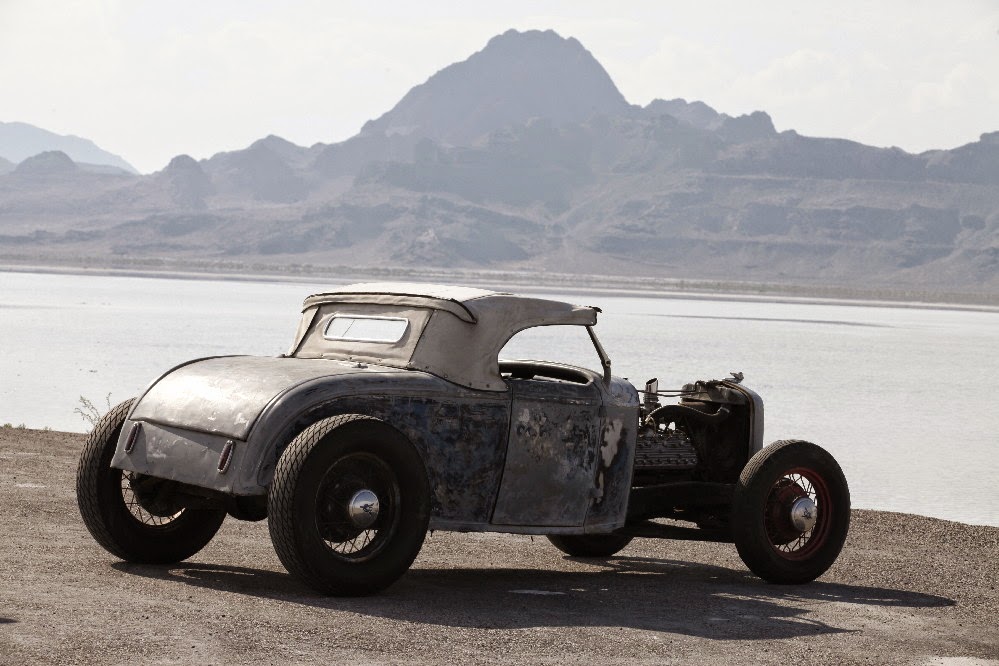 The right decision, but very sad news for all racers who worked so hard on their machines to participate to the 2014 Bonneville edition marking the 100th anniversary of racing on the Salt Flats. 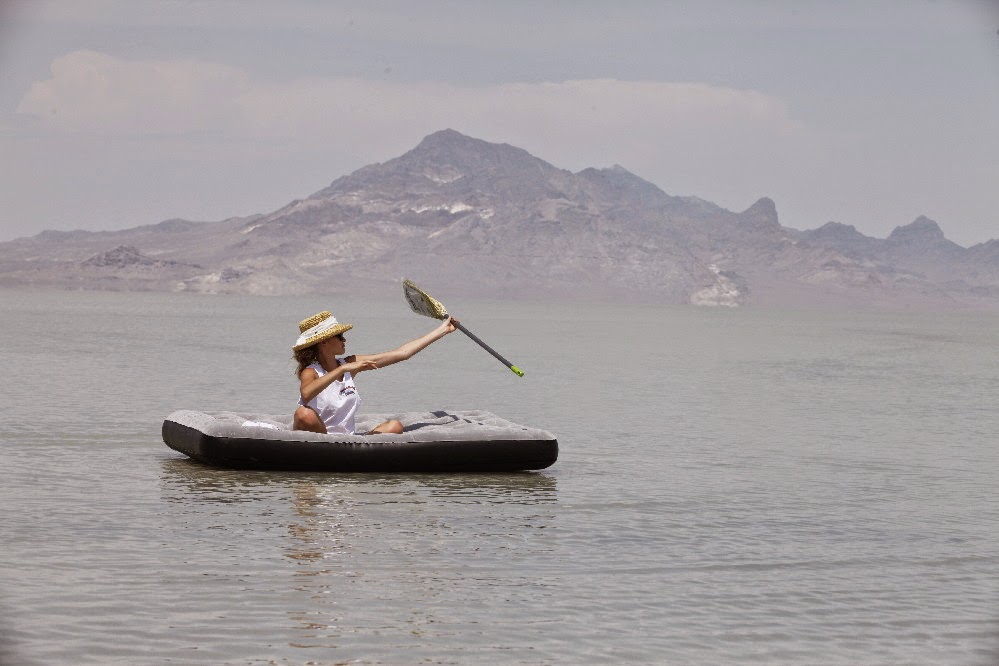 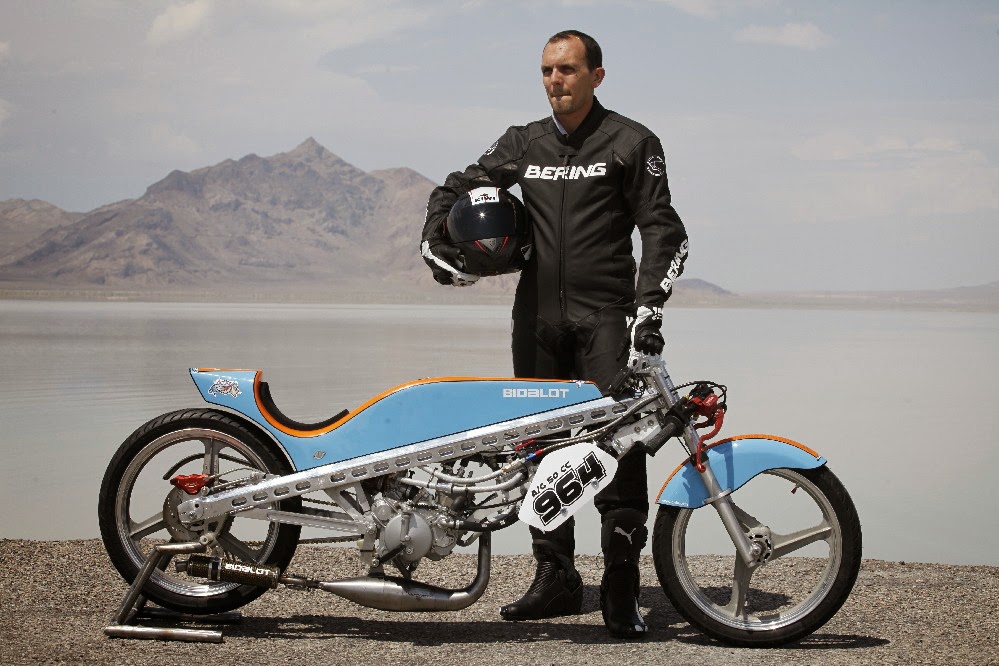 The News made it to Sturgis/SD as Broken Spoke Saloon Promoter Jay Allen was anxiously waiting for news from Bonneville: Tech inspection postponed, then shifted another day and another. As "Motographer" Horst Roesler was heading downhills into Salt Lake City saturday morning 10 a.m. , the message was even worse: Event cancelled. Arriving at the Salt Flats, the scene was one of a full blown Lake, worse than any flooding he had seen. While the water may evaporate or filter through the salt in the next 3-5 days, there can be no doubt that SCTA made the correct and wise decision to cancel the event. As the first downpoor hit the salt flats on wednesday already, few racers  of the record 530+ participants (fortunately!) were in the paddock area at all. Ongoing rainfalls at different times, the last on the night to saturday, flooded not just the tracks but a greater part of the lake. Which was especially bad news for far-travelled teams from New Zealand, Guenther Retsch from Germany and a french Team with no less than 4 unique custom-built record machines! Not to forget that a lot of racers from the US, like Steve Huff  from Seattle/Washington travelled long distance. While the Hot Rods and cars will be in line at probably extended "World Finals" in October, Motorcycles will have the chance to back on the Salt at the Bonneville Motorcycle Speed Trials (http://bonnevillespeedtrials.com/) at August 23rd - 28th, thus taking over the flame of the 100th Anniversary "spirit". When the "Blitzen Benz" did the first ever racing on the Bonneville Salt Flats, there were also Indians and Harley-Davidson doing timed runs. But  according to Robert Rampton and "Landspeed Louise" Ann Noeth (www.landspeedproductions.biz), who had done extensive research in the field of early Land Speed Racing at Bonneville, the honour of being the first two wheeled vehicle on the salt goes to Ab Jenkins (see his book "Salt of the Earth") in 1910, either on a  Yale or Excelsiors. He was not racing there at that time, but he can be seen as one of the "explorers" of the opportunities to race on the magnificent salt surface.

While the racing was cancelled, a lot of teams did use the opportunity and time to perform photoshoots at the "beach" on the access road: A picture that is – despite being sad for the lack of racing – of stunning beauty in the morning and evening hours. Talk has alredy been to extend the upcoming "World Finals" (www.SCTA-BNI.org) to allow more runs and participants – given that the weather does not repeat last years "no show". But this is the Bonneville Salt – and you can't mess with the weather... 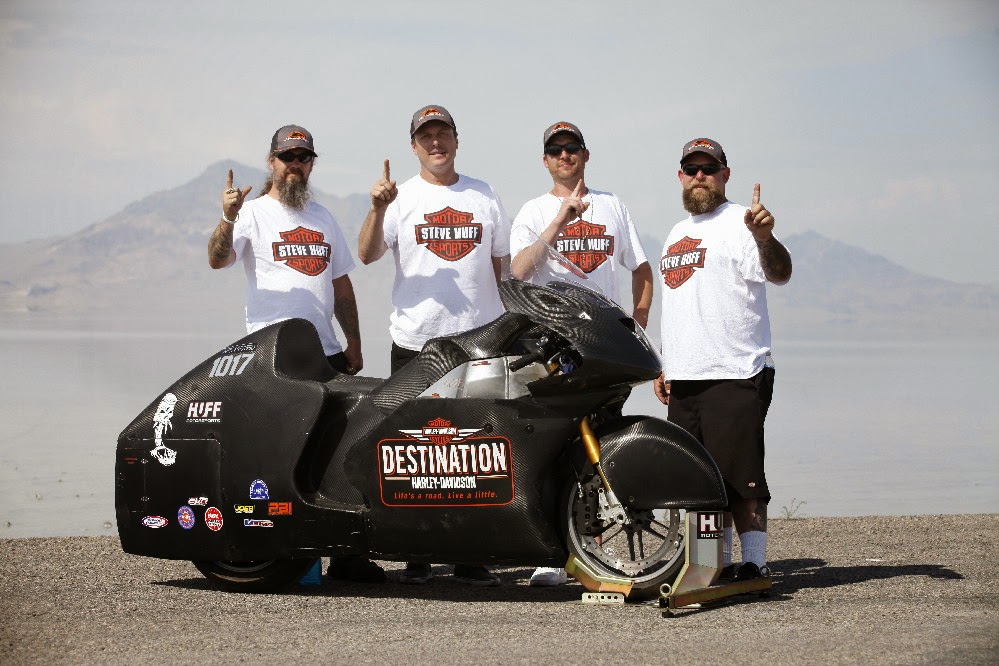 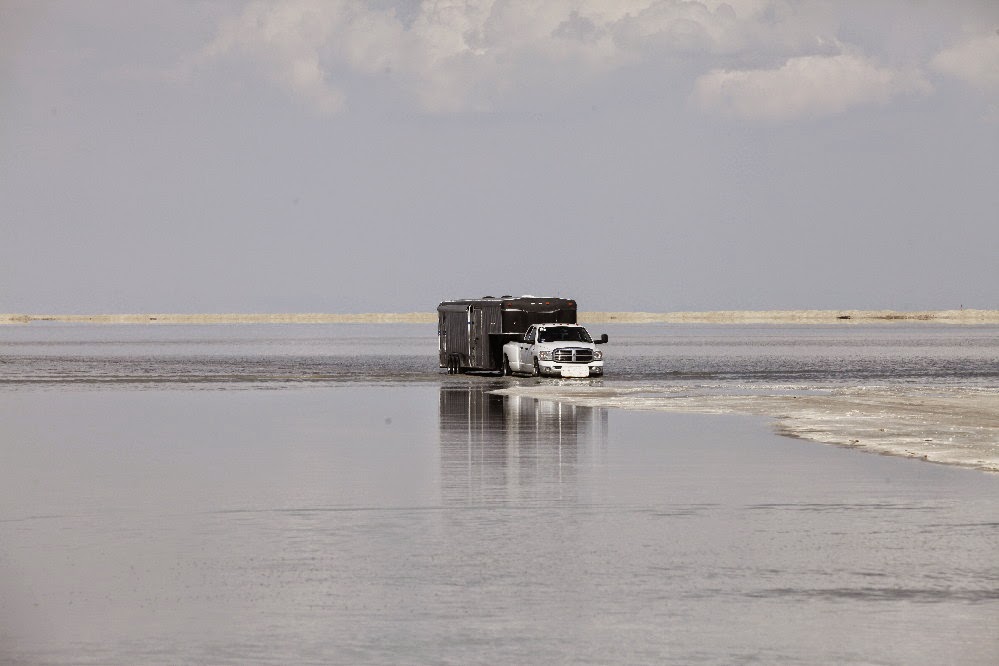 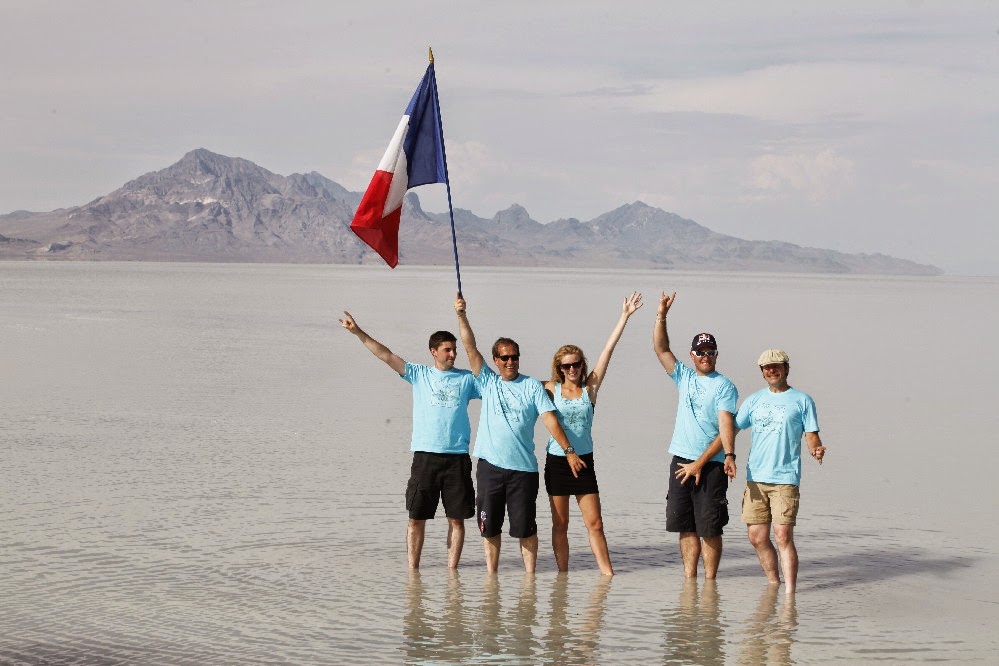 Hot Rods and cars will probably be in line at an extended “World Finals” in October, while motorcycles will have a chance to be back on the Salts at the Bonneville Motorcycle Speed Trials August 23rd to 28th. With nothing else to do many teams teams did photo shoots at the “beach” on the access road to the racing tracks. Motographer Horst Roesler is on location and took some nice shots! 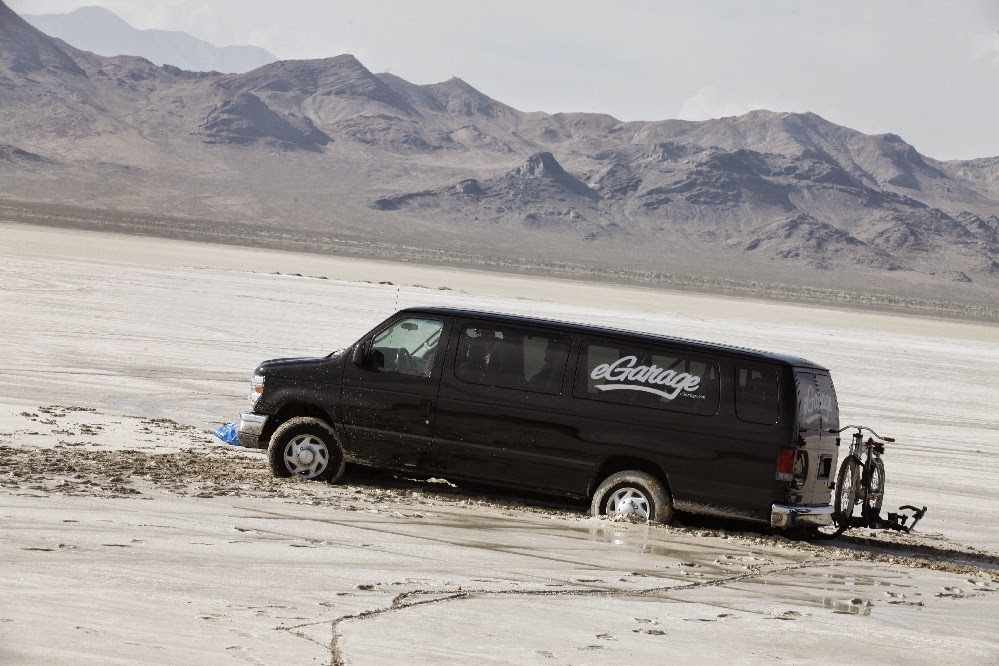 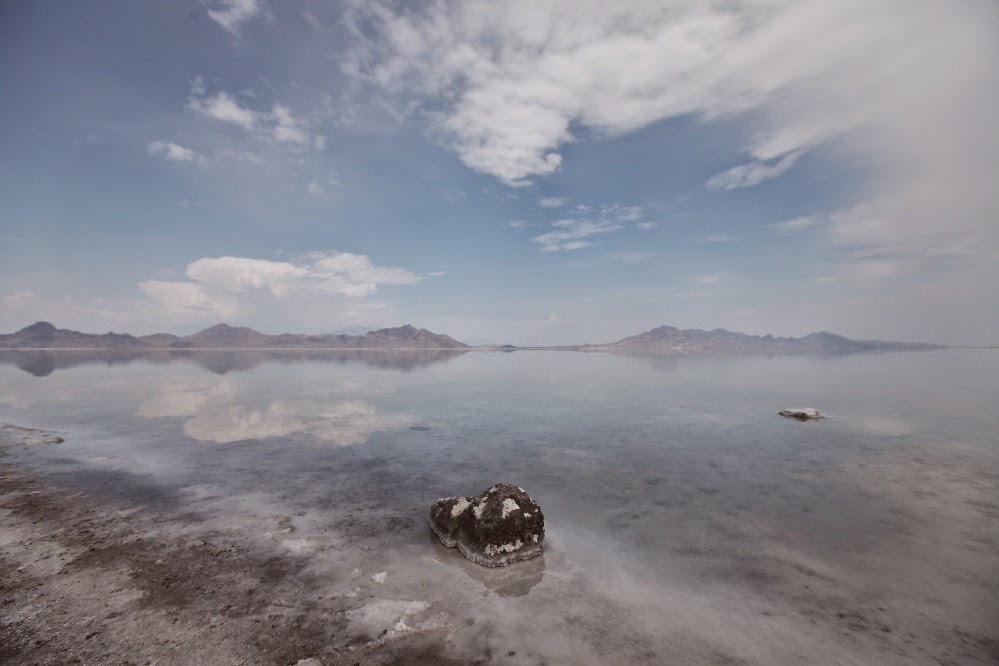 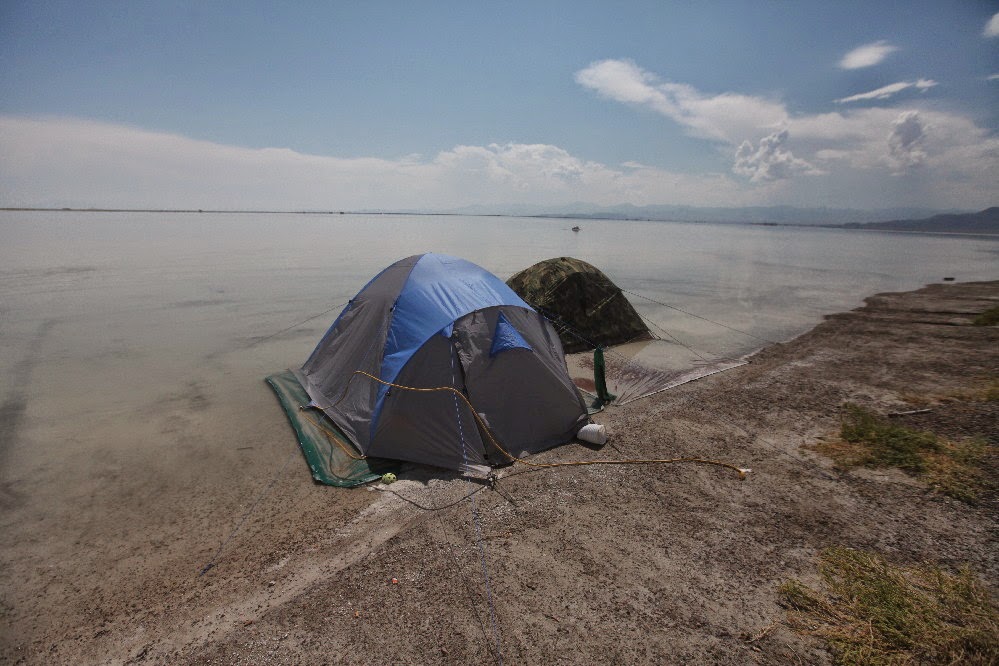 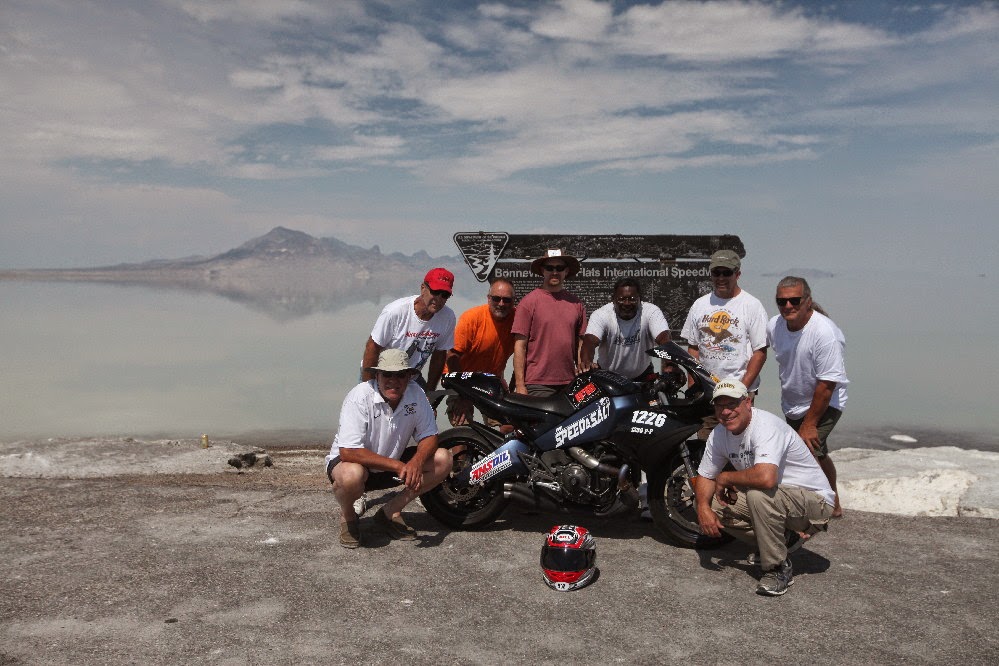 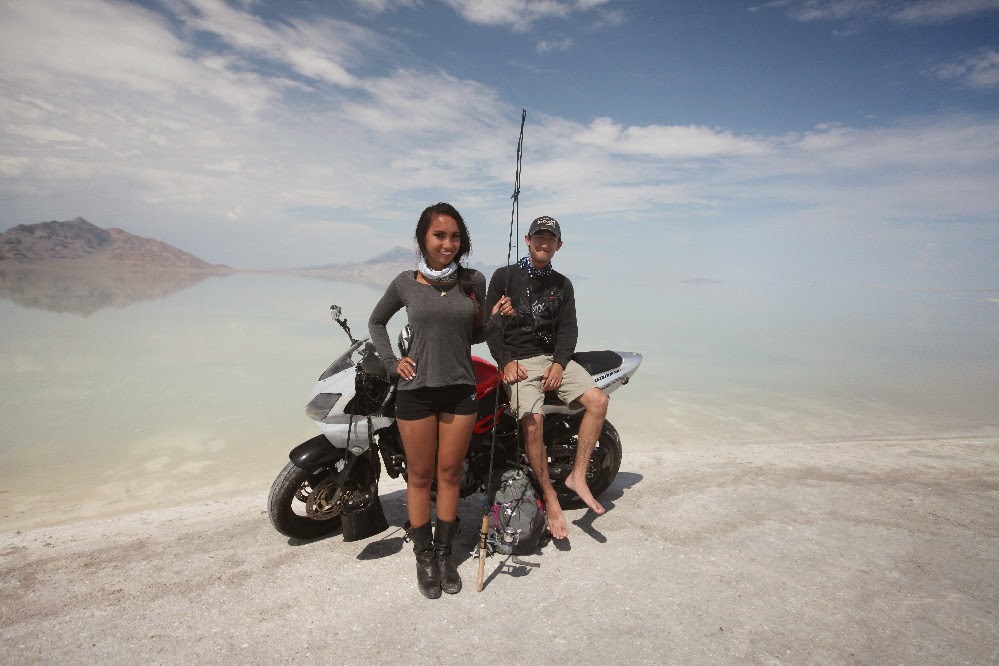 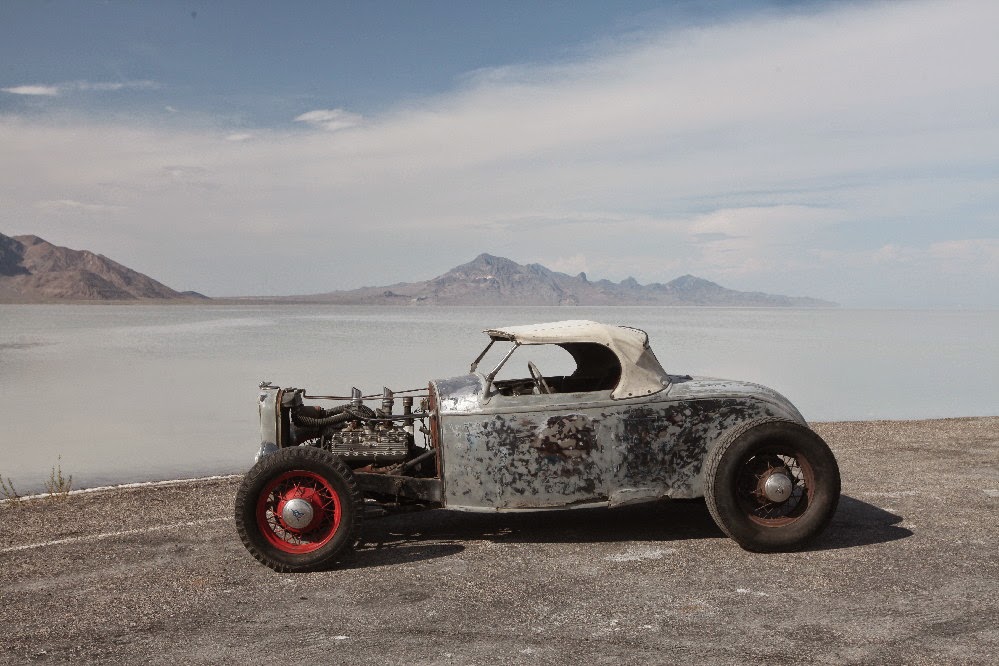 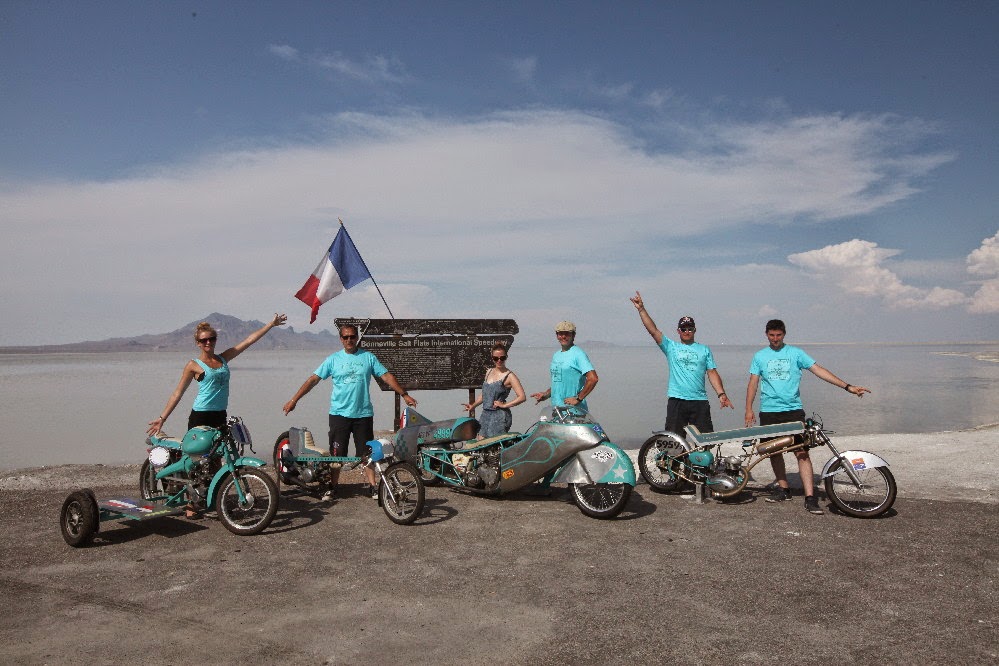 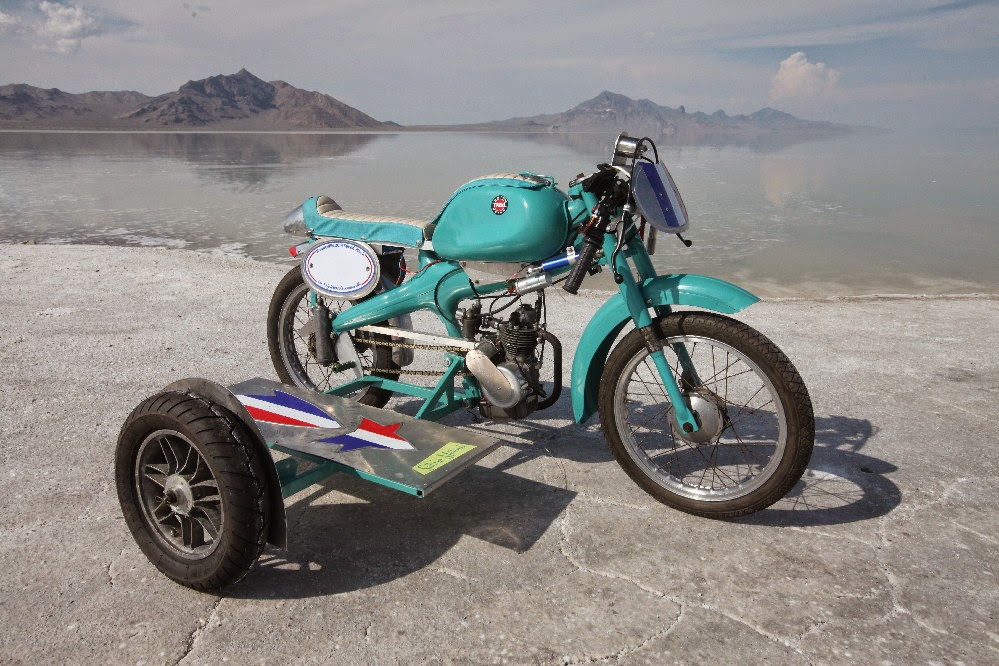 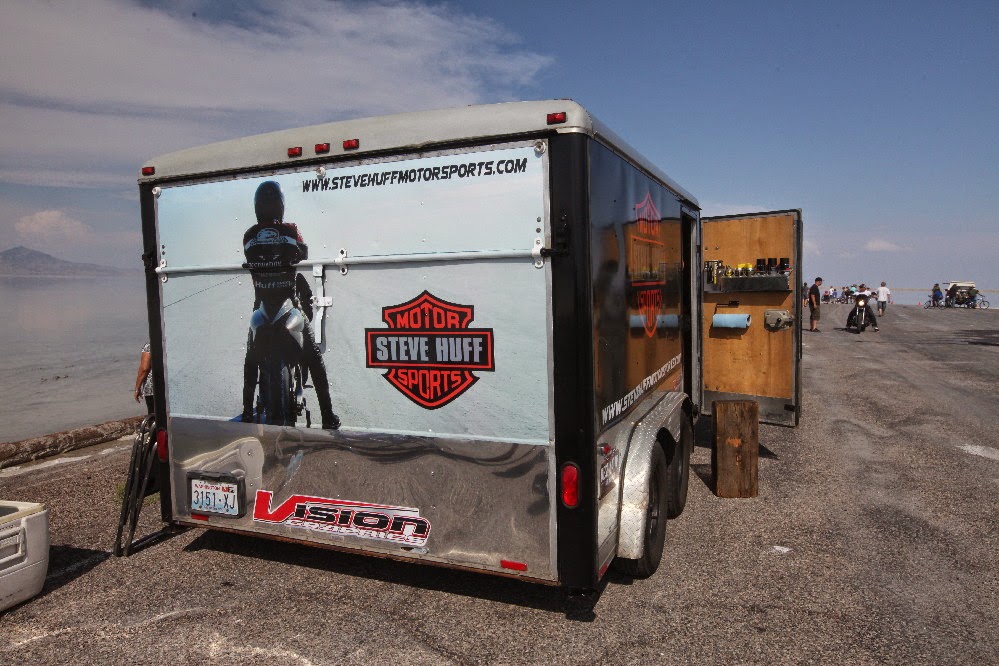