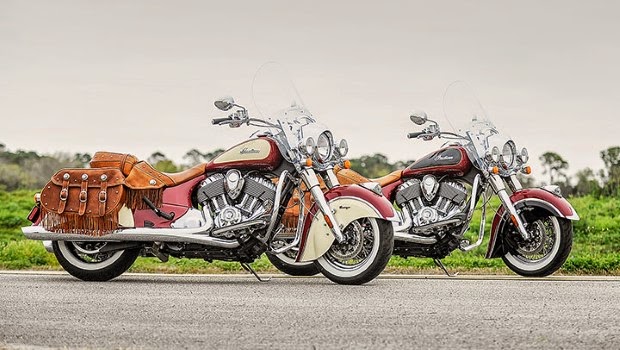 Indian Motorcycle® announced that two-tone paint schemes, starting at $19,799, will be offered for the upcoming model year Indian Chief line of motorcycles. The iconic vintage paint palettes were revealed over the weekend for fans of classic motorcycles at Vintage Motorcycle Days 2014, which took place at the Mid-Ohio Sports Car Course in Lexington, Ohio. Additional details and information on all 2015 models, including features and all 2015 MSRP’s will be announced on August 2 out of the annual Sturgis Motorcycle Rally. 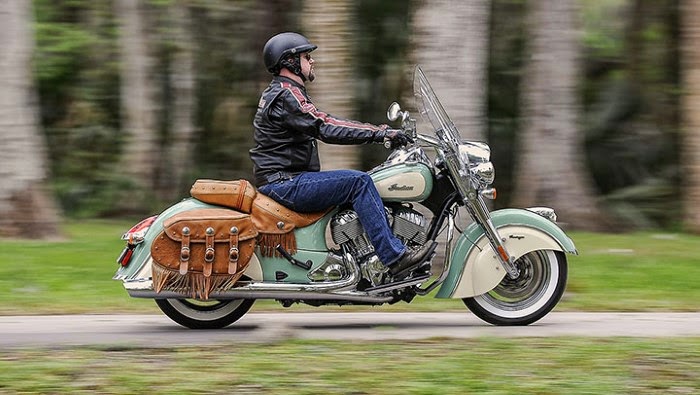 The new two-tone Chief Classic, Chief Vintage and Chieftain will be on-display and available for demo rides during the upcoming 74th annual Sturgis Motorcycle Rally, running August 2 – 9 in Sturgis, South Dakota and will be available on dealer floors in the fall of 2015.

Featured Two-Tone Colors for 2015 are: 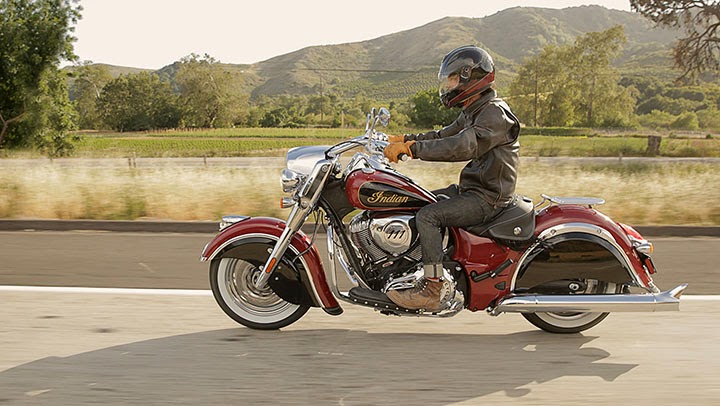 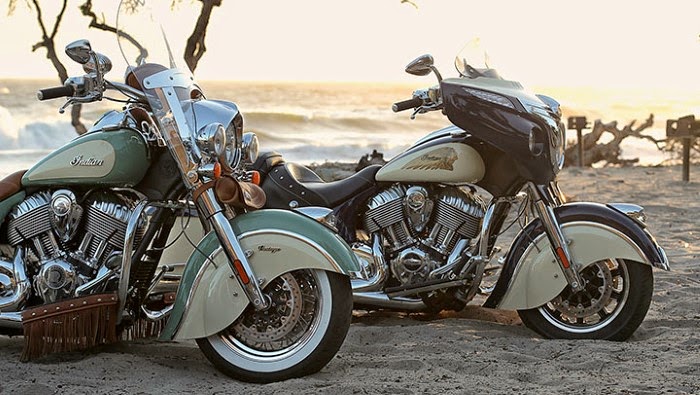 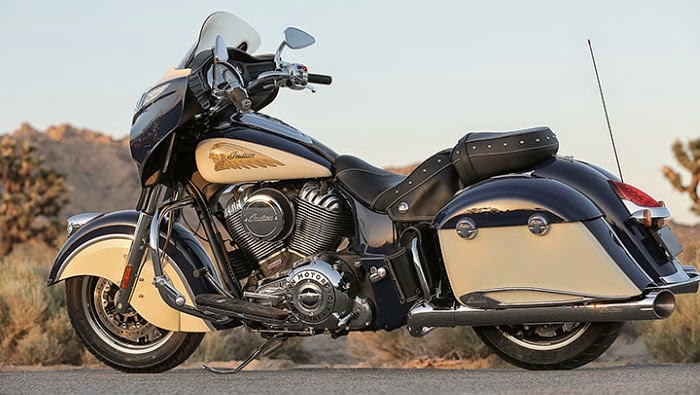 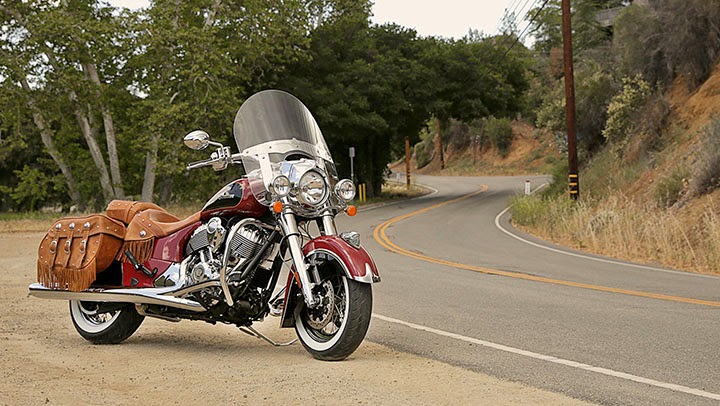 “Two-tone paint schemes are among the most iconic elements of vintage Indian motorcycles dating back about 80 years, giving the bikes a look and feel that is instantly recognizable and beloved by motorcycle fans,” said Steve Menneto, VP of Indian Motorcycle. “It is exciting to reintroduce two-tone paint for our 2015 Indian Chief models. These paint schemes pay tribute to Indian bikes of the past but come coupled with the exceptional technology and power that the 2015 Chief lineup offers. They are simply stunning, and the quality and craftsmanship of the paint jobs is exceptional. We’re excited to share these beautiful bikes now, and will share more news with our fans on August 2nd.” 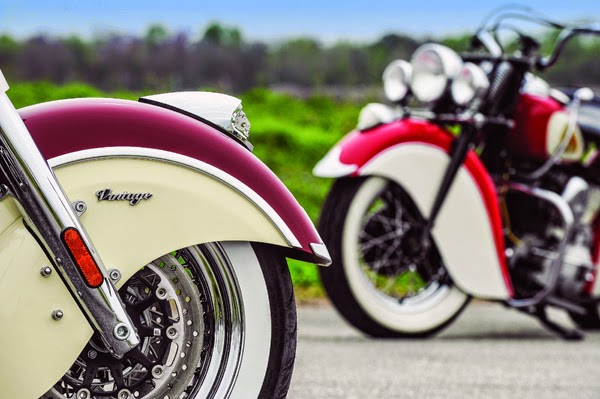