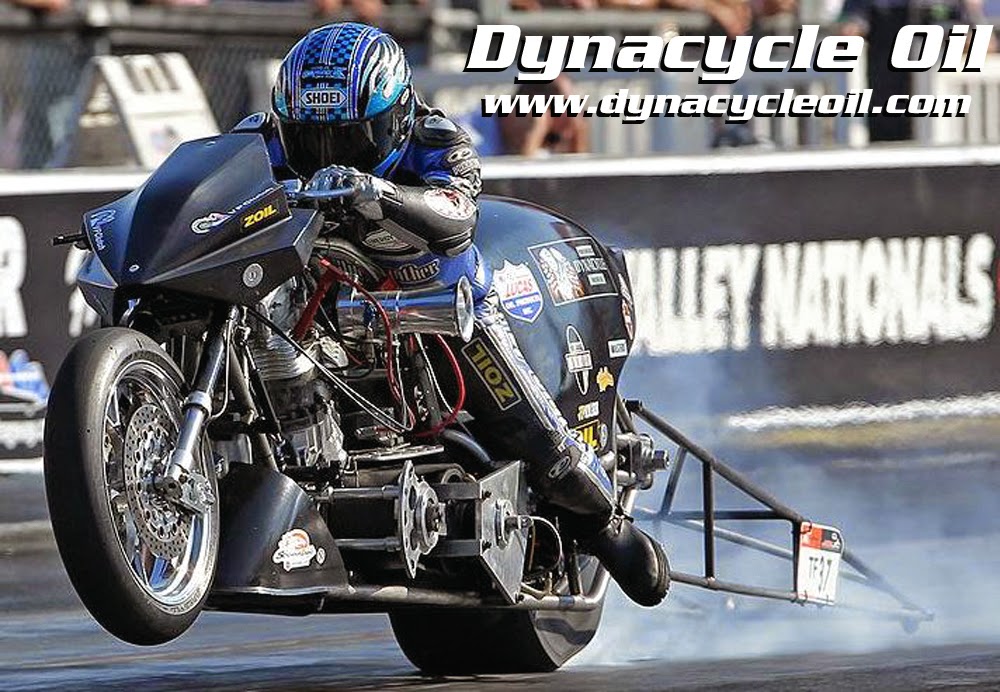 Dynacycle is guaranteed to lower your engine temperature up to 30°F over conventional oils and up to 15°F over most full synthetic oils. It INCREASES OIL PRESSURE and REDUCES FRICTION...INCREASING YOUR HORSEPOWER and TORQUE. As a residual effect, you can
expect improved fuel mileage and extended engine life. Do not use as Break-in oil!
Record Holders Use Dynacycle Oil. 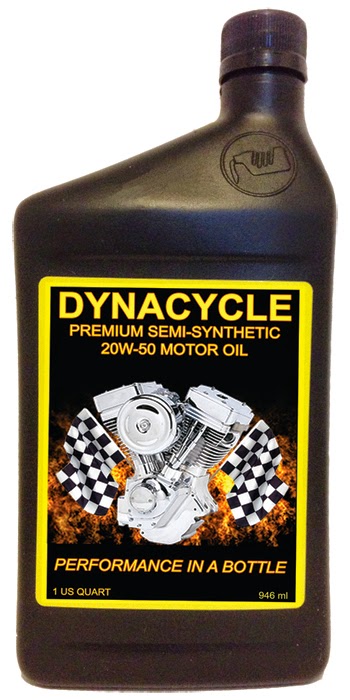 Daniel Dunn, owner of NRHS V-Twin Performance and his NRHS Race Team have set the record for the "Fastest American V-Twin" at the Bubs at Bonneville, 5 of the last 7 years, including 2009 when they broke the record going 186+ mph.
During their dynamometer pre-race testing, Dan was able to document Dynacycle Oil outperformed Amsoil MCV among other oils. The test, conducted on a Dynojet 168 / 188 dynamometer using a 2007 Harley-Davidson Sportster 1250cc as a mule, measured an increase of an additional 1.6 more horsepower, 1.8 more pounds of torque, and ran 10 degrees cooler just by changing the oil to Dynacycle.

Worlds Fastest Nitro Harley Using Dynacycle Oil.
Takeshi Shigematsu of Ehime, Japan, aboard a Don "DJ" Johnson (of American Cycles)-prepared motorcycle, dazzled fans with the quickest side-by-side Top Fuel Harley run ever. Shigematsu recorded a 6.13, unofficially the quickest nitro Harley pass to date.
Dynacycle Oil is superior on the street, the track and on the dyno. Dynacycle Oil works great in everything from your stock Harley to your big inch high performance custom. Dynacycle Oil out performs all the top selling motorcycle oil's on the market today. Don't be fooled by the big name oil products...Use Dynacycle Oil for superior protection and performance!