Vintage Rally 2014, Where People
and Motorcycles Come Together 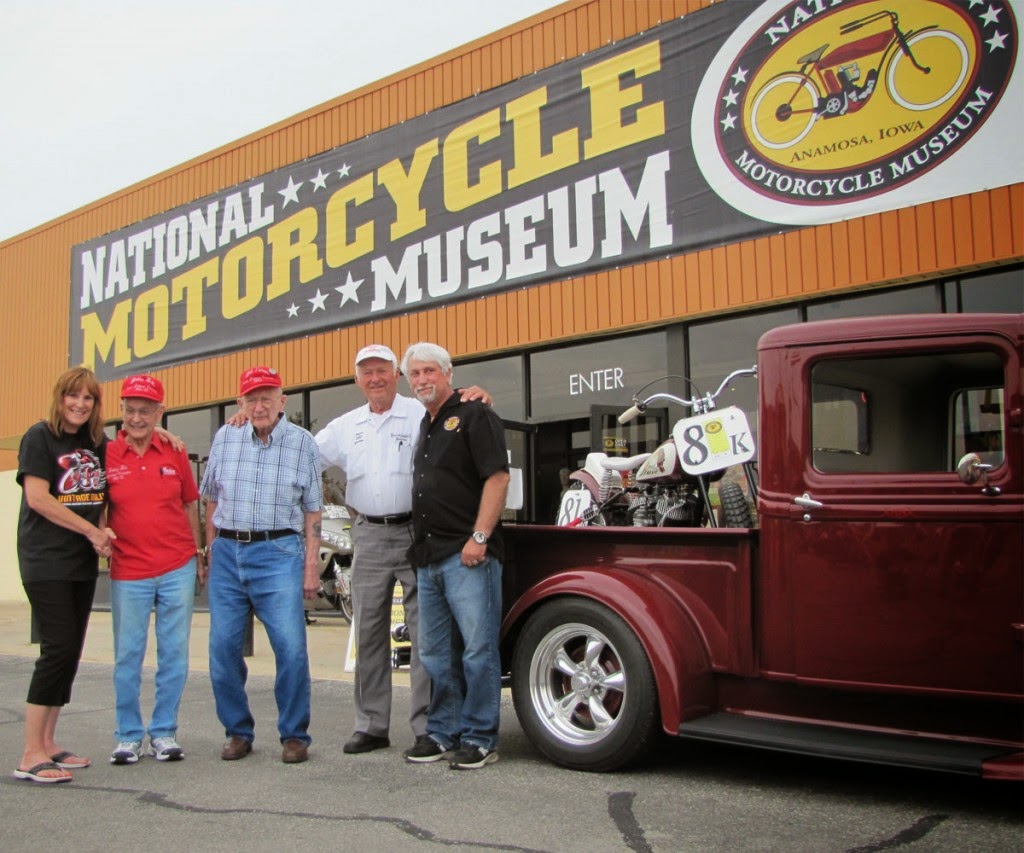 Conceived as a special weekend to showcase new exhibits and important motorcyclists, Vintage Rally was a great success. American Pickers co-star Frank Fritz talked with his fans and autographed his new book for those who cherished owning a copy. World traveler Bean're let us know of his latest tour in Southeast Asia and offered his recent biography. Indian racers and Hall of Famers Bill Tuman and Bobby Hill signed posters and told stories of racing and tuning back in the 1950s and 1960s. Dick Klamfoth held court near a new exhibit about his racing experiences that include his stunning three-time victory Daytona 200 trophy. Always fun to talk with, a large group of Motor Maids set up in the Women & Motorcycling exhibit area and helped visitors learn more about their decades old women's riding organization. Outdoors the bike show was strong, and contrary to local weathermen's predictions, totally dry till the very end! Randy Baxter's fine uprated Vincent Rapide took best in show, but some lesser machines, even bicycles were of great interest as well. While The Blues spread out over the field, visitors checked out some great offerings in the swap meet including one vendor with a huge array of antique highway maps. And on one trailer was almost the entire history of the Harley-Davidson "Panhead." From the 1948 "springer" version, up to a pre-electric start 1963, four nice Pans spoke Harley history to many.

And speaking of motorcycles and people, what better way to cap off the weekend than an 80+ mile ride out on some of eastern Iowa's best two lane highways. Over two dozen bikes and riders were shown what makes Iowa the topic of famed artist Grant Wood's work, why it's a great place to ride and a great place for a motorcycle museum.

We thank all of you who made the event so good by bringing out your finest vintage and antique American, British, European and Japanese motorcycles, all of our visitors and everyone who set up in the swap meet. 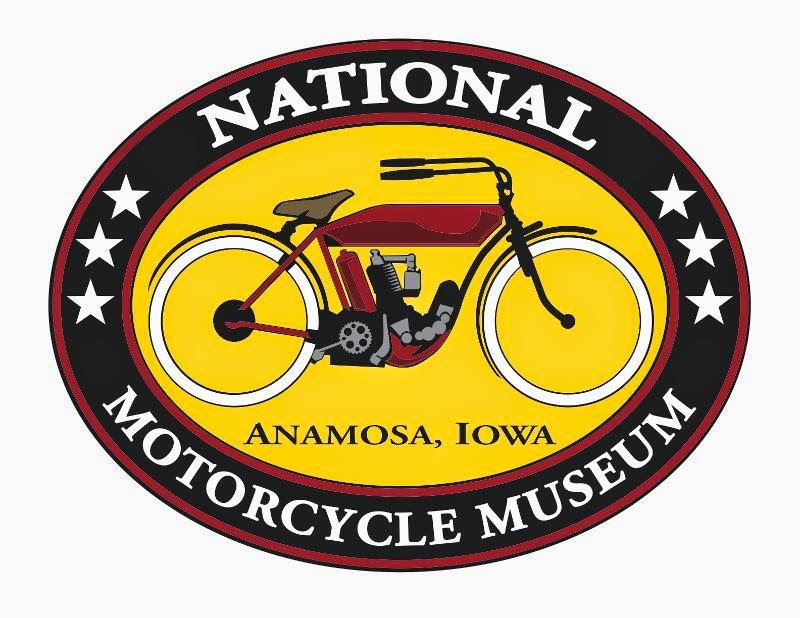