BMW still shows no signs of retiring its characteristic boxer-twin engine - it features as the power-plant in another new concept bike design, unveiled at the Concorso d’Eleganza Villa d’Este, Lake Como, Italy, in May. 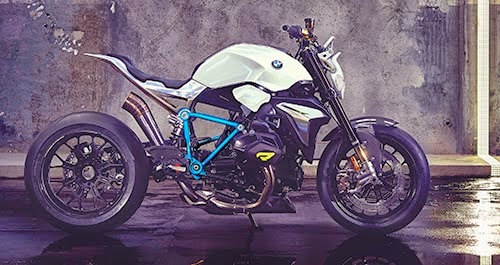 The Concept Roadster takes a different styling direction to the well received R Nine T that went into production as an anniversary special last year, and both represent different offers to the "Harley Beater" LowRide concept unveiled by former design chief David Robb at EICMA four or five years ago. 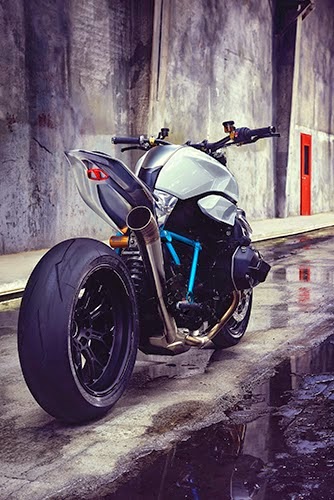 Ola Stenegard, the current Head of Vehicle Design BMW Motorrad, says of the Concept Roadster that "it is exciting to look at, and at least as exciting to ride." Citing the “the interplay between the fuel tank, seat and radiator" as being "modelled to perfection in flowing style", it certainly has plenty of urban ergonomic credentials and design ideas, but is clearly aimed at a
younger wheelie-popping hooligan torque-beast market for which the BMW brand would be an alien concept, rather than the riding demographic mid-point at which the BMW brand is generally to be found.

As such this iteration of Roadster thinking is a robust Concept , and another tick in BMW’s box as they continue to back brand value reinvention with convincing design and engineering solutions - a streetwise minimalist street fighting ‘Beemer’ for the stunting generation.

Based on a tubular space frame with single sided swingarm, the power from the 1,170cc 125hp twin makes it to the rear wheel via a Paralever cardan shaft drive, and the self-supporting, aluminium seat/tail section is machined as a one-piece unit.
While the Brembo brakes are likely to feature on the final version (if this concept is to make it as far as production), the Concept Roadster's near race-spec Ohlins suspension is unlikely to be offered as standard at an entry level price-point, and while the stylised exhaust collector and upswept single megaphone look true-to-concept, even BMW’s engineers may struggle to get that design configuration through emissions testing and noise controls. 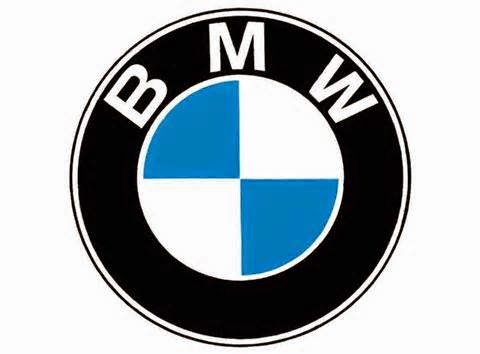