EURO BIKE FEST the sixth! In just five years, this cool event in Pasohlavky, just about 70 km north of Vienna/Wien has become a major date for the European scene, especially in the east. A scenic landscape, empty country roads, a cool event site, bike show, stunt-action and live music with top acts is all that makes a biker heart beating. It is a weekend for all bikers: Custom bikes, Harley-Davidsons, Café Racers, Streetfighters, Choppers and Bobbers, US-Cars and Hot Rods have their sections and party together. Previous editions underlined the potential of this event that is on a steep curve to the top and recently added bodypainting, Thai kick-boxing and a Flat Track Cup to the already busy schedule at the scenic lakeland! 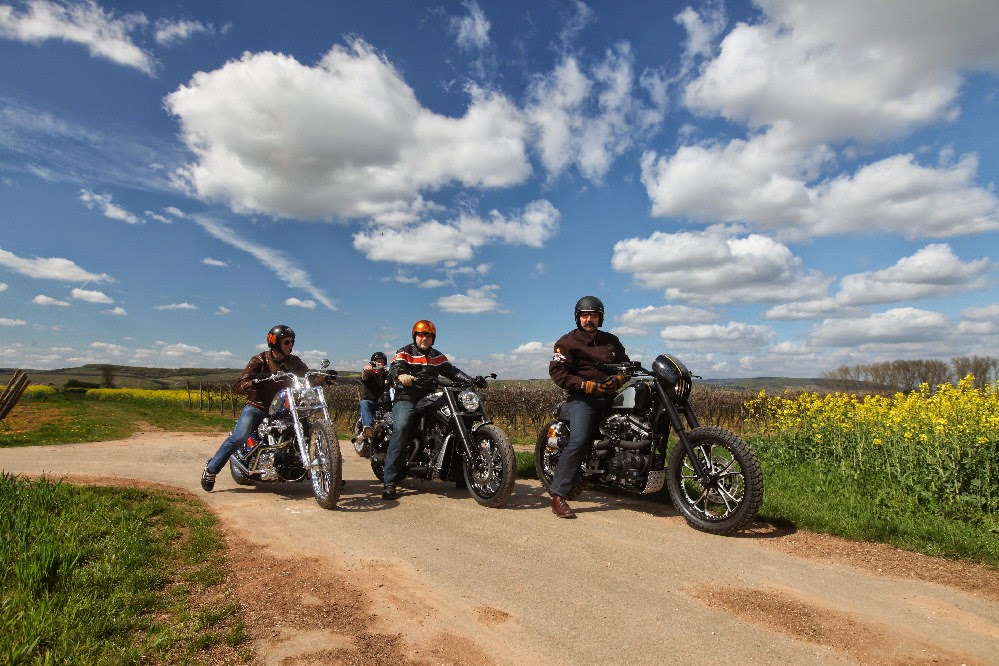 As much as the event has grown, there is still plenty of space left at the ATC Merkur Campsite. The „secret“ of EURO BIKE FEST is the incredible relaxed and easy atmosphere which reigns. Get your ticket, ride in, find a place to camp – relax and enjoy the program. Just like the often quoted „good old times“. Only that here, they are very much alive and present. The Czech Republic had always been a country where motorcycles have been popular: In fact, with more than
80 years of history, the Harley-Davidson Club Prague is the oldest HD-Club in Europe, if not worldwide, proud of a heritage that survived German occupation, one World War and 45 years of Communism. Nevertheless, some 20 years after the downfall of the “Iron Curtain”, most of the eastern countries are still “undiscovered land” for Customizers and distributors, yet the interest is getting more intense as home markets stumble in time of economical hardships. Czech bikes have proved very competitive and ingenious in the last decade, scoring high in the European Championships and even in Sturgis. Vaclav Vavra‘s „Just Bike“ of 2008 was so ahead in ideas and design that it is now on permanent exhibit in the National Technic Museum in Prague! 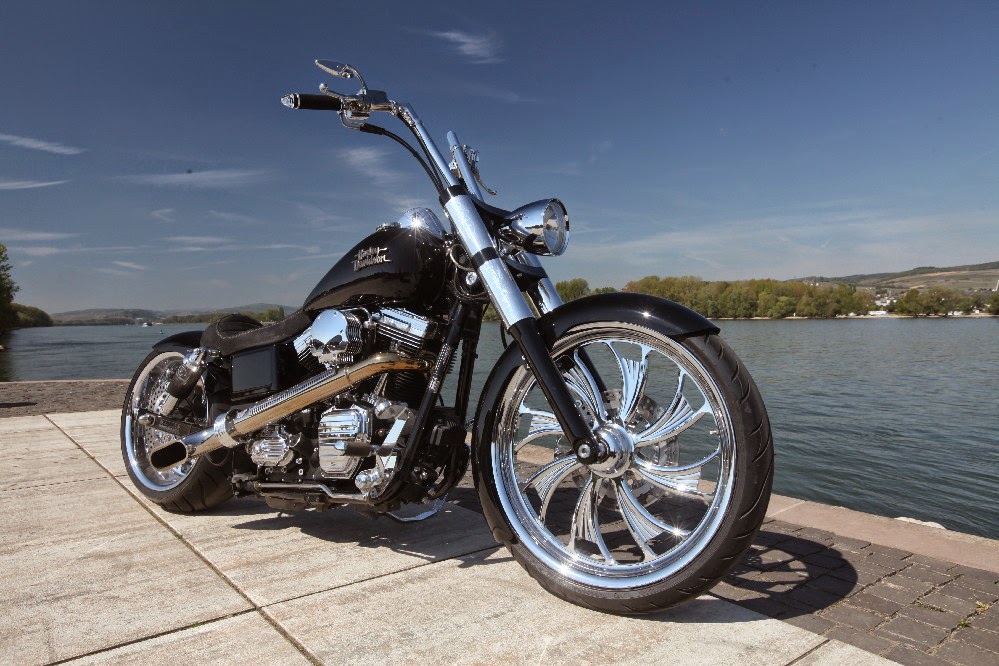 With the „EURO BIKE FEST“ , the Czech scene has created its own „main event“ – for the complete eastern European states. The event is held on the ATC Merkur Campground in Pasohlávky, the upcoming 6th edition of the EURO BIKE FEST again located on the beaches of Nové Mlyny water reservoir, the campground offers facilities for thousands of visitors. The name „Musov“ that is often used, stands for the „sunken“ town that stood in the place of the artificial lake when the area was flooded in the fifties. The close Moravian Mountains are well known for their fine wines and the campground itself offers a huge space. Pubs and small bars by the dozen, a huge campground and even bungalows and an accompanying hotel complex. The surrounding landscape is just perfect for riding, as vineyards and hills, crowned with castles and ruins can be seen from the event site. It is a countryside where time has stood still for decades, yet you can get everything you need to enjoy a superb riding weekend. Inspired by the biggest biker events in Europe like European Bike Week at Faaker See in Austria” and others – the event has been refined and smoothened: A great program of music, stunt-shows and entertainment underlined this all weekend, even a trip around the scenic mountainside of Moravia was signed out and the weather played along! Last year under construction Aqualand Moravia will give a good opportunity to bring the family, for the largest and most advanced aquapark in Moravia, next to the Euro Bike Fest area will give Euro Bike Fest visitors discounted admission 1+1. With each purchased ticket to the aquapark, you will receive a ticket for another person for free.

At its peak, the Bike Show had 140 entries from all over Europe, and Custom Chrome Europe has been the main sponsor of the bike show since the start of the show – which from the 2012 show on served as „East European Championship“ of the Custom Chrome International Bike Show Series. Custom Chrome Europe will present and (as usual…) ride the 2014 “Bolt On And Ride” Custombikes at Euro Bike Fest and the CCE staff will hand out CCE Mechandise cheques in a total value of € 3.450,- for winners in the classes “RevTech Engine”, “Jammer Old School”, “Modified Harley” and “Championship”!

Very few people realise that todays Czech Republic is located on what is one of the “birthplaces of Industry” in Europe, with some of the biggest manufacturing plants of its time and a huge number of motorcycle, car and weapon manufacturers. A heritage, which today is barely alive, but to be admired in technical museums as Prague or Brno, both en route to EURO BIKE FEST and worth a stop.
The event program features some cool music acts, motorcycle stunt shows and much more. Not to mention that in recent years the entire weekend (!!) just asked for 20 Euro entrance fee only! Not to forget that food and drinks on- and out-of-site was not just cheap but excellent too! And there were plenty of Czech specialties you probably can‘t pronounce (like „Trdelnik“), but they surely taste good. This is one custombike and motorcycle event that will be a big one – don‘t miss it! 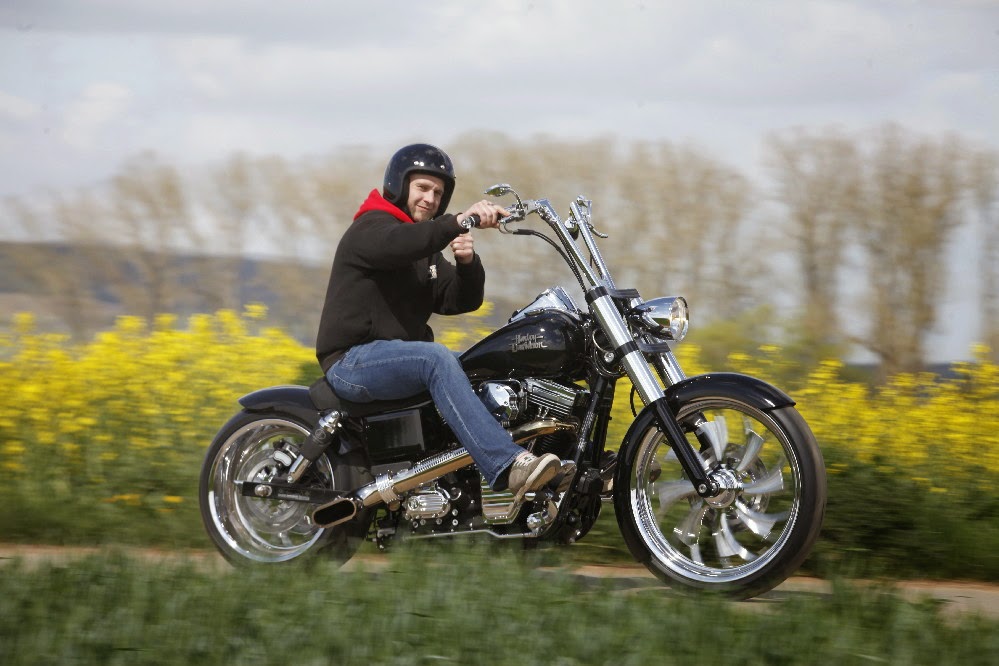 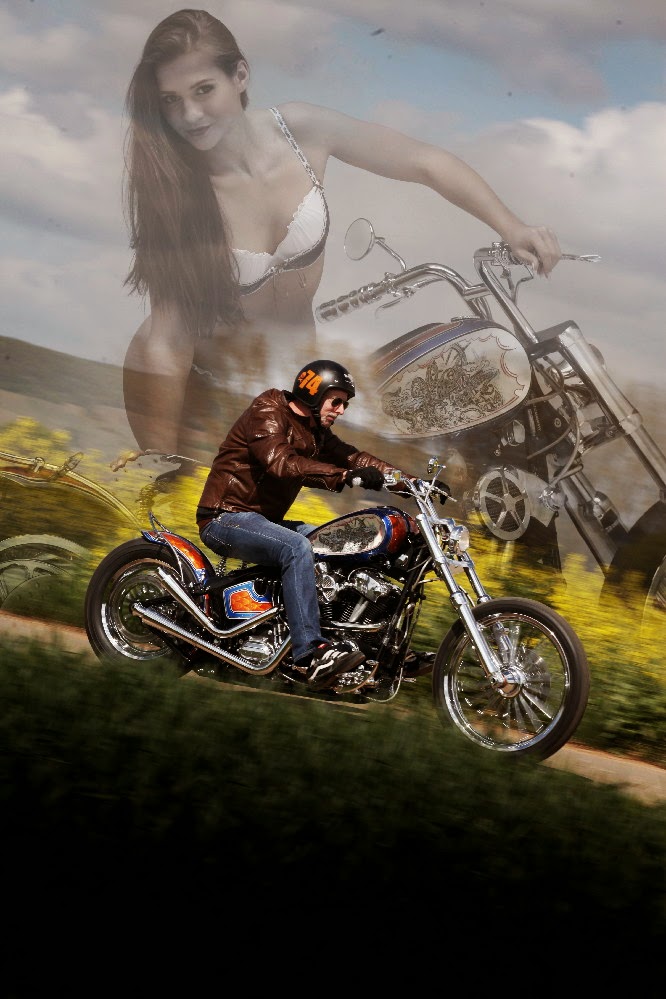 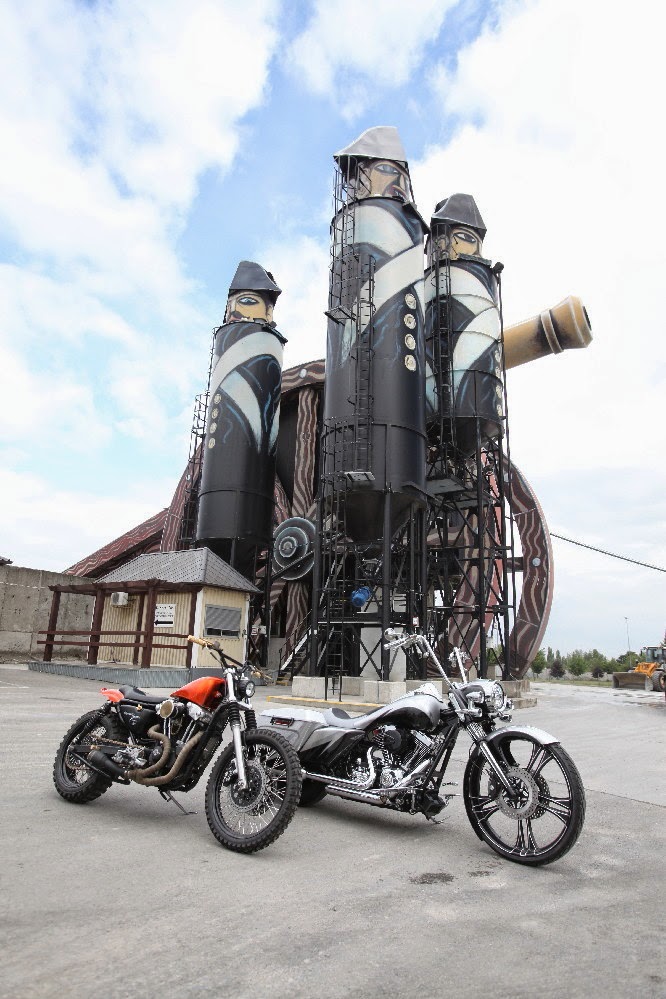 EBF_2013_BOAR_Austerlitz-...
Always a great Ride: „Bolt On and Ride“ Bikes of 2013 at Austerlitz near Brno on Napoleon’s battlefield. 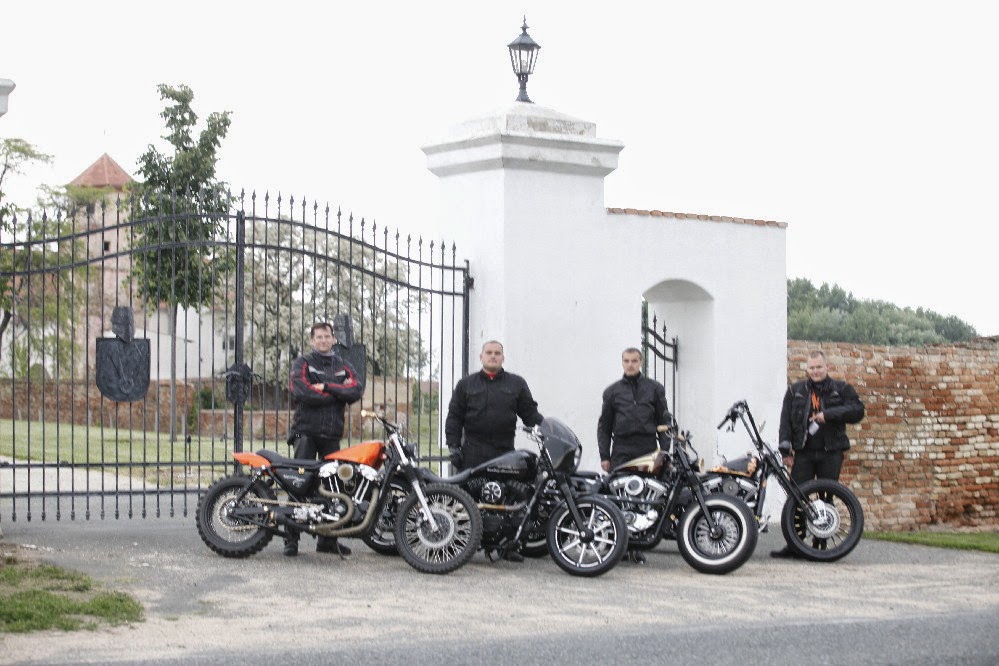 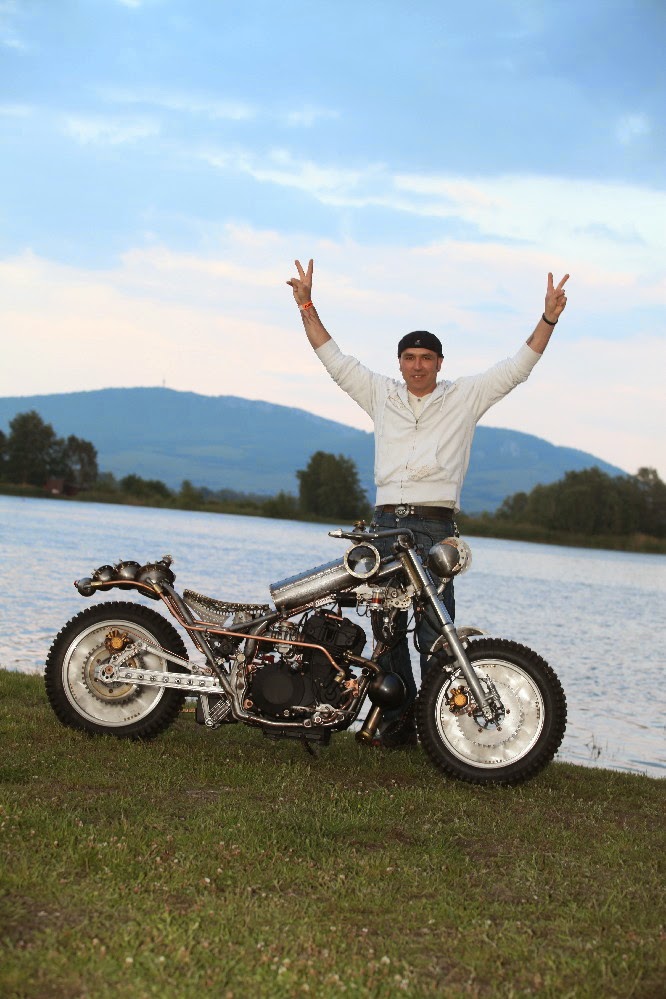 EBF_2013_Champ-#1_...
Converting the ugly 1986 Kawasaki 450 Ltd "Softchopper" into a rolling piece of art won him the "Championship" class and the "East European Champion" title 2013: Dariusz Gargas Coroner is a metal artist. 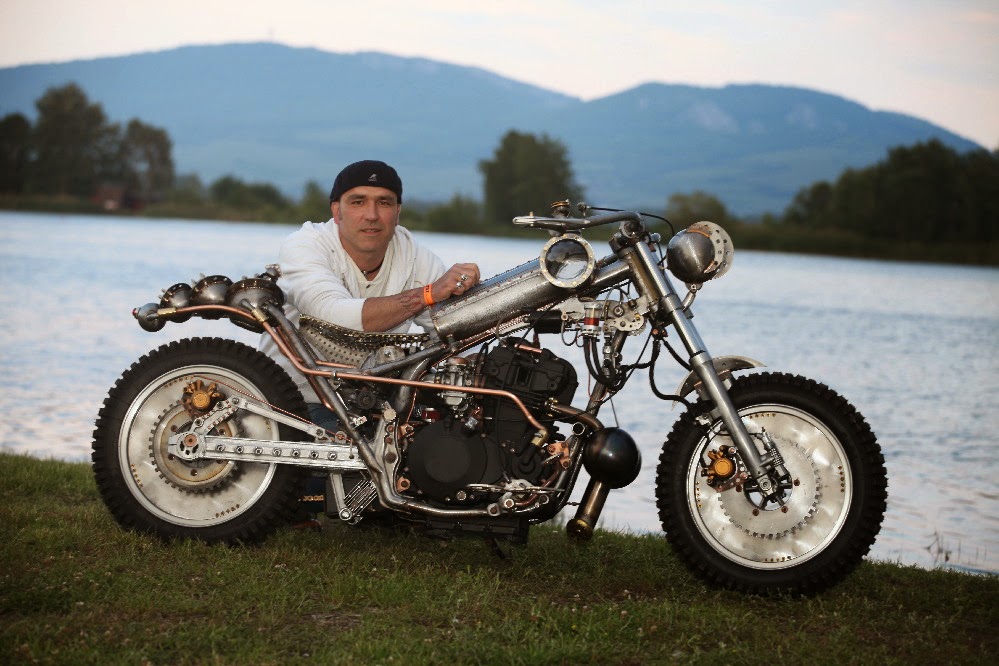