Custom Chrome has announced the promotion of Louis Casarez to President & Chief Executive Officer of Custom Chrome International at Morgan Hill, California.
Louis has been with Custom Chrome and parent company DIC in Korea for 15 years. He returned to Custom Chrome as Director of Operations after a 12 year deployment in Korea a year ago. 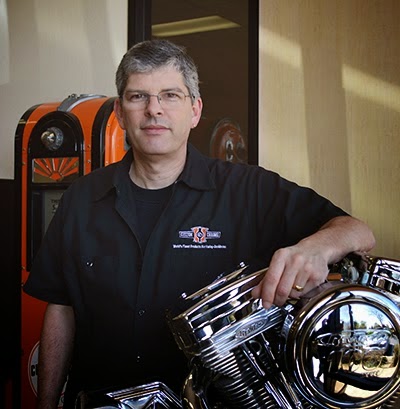 Whilst in Korea Louis was a Design Engineer for the owner's motorcycle division, where, among other achievements, he was heavily involved in the RevTech engine and 6-speed transmission development programs. Also while at DIC, Louis was involved with projects for GM, Clark forklifts and Dana. During the past year as Director of Operations Louis has been concentrating on streamlining the business in-line with its "focus and goals."
Louis is a motorcycle enthusiast and MMI graduate who has worked in many facets of the industry - first at a local motorcycle shop on the Monterey Peninsula, California, and he then spent 4 years as a designer at Corbin Saddles, and joined Custom Chrome in 1999 as a member of the Research and Development department.