POSITIVE TEST FOR TEAM HERO EBR
AHEAD OF ARAGON RACES

After a successful two day Spanish test at Alcarras, the Hero EBR squad are now in transit to MotorLand Aragon for the first European race of the 2014 World Superbike championship. 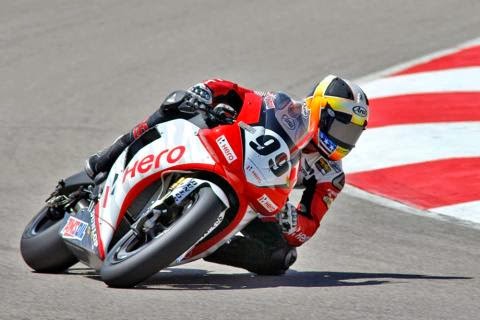 The test was scheduled to allow both riders, Geoff May and Aaron Yates so get back up to speed after the break since Phillip Island. It was also an opportunity for Geoff, who was unfortunately injured in Australia to check his physical strength after an intense period of recovery.

With a goal of testing a number of new technical solutions, the team began with the data collected in Australia. New forks, gearing, and new electronics were just some of the items tried out. 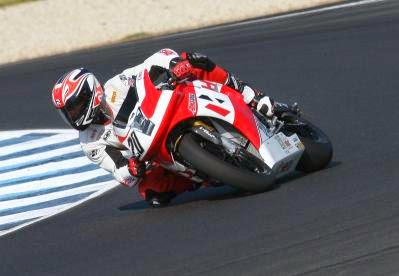 Overall the two days was hailed a success as it gave the team a clear direction, and Team Hero EBR will work on this further during the race weekend at Aragon.

Geoff May: “This test was positive. The new forks and new electronic setup will help us to be more competitive in the races at Aragon.

Aragon MotorLand is a fast track and I have never raced there but I am confident we will make a step forward compared to Phillip Island.”

Aaron Yates: “We tested a lot of different solutions, some that were positive and were a step forward. It was a good test and it helped us to know which direction to move. I am really looking forward to racing in Aragon.”

With Aaron attending the opening media press conference, Geoff will join riders from the other represented manufacturers in the championship on the Paddock Show stage. 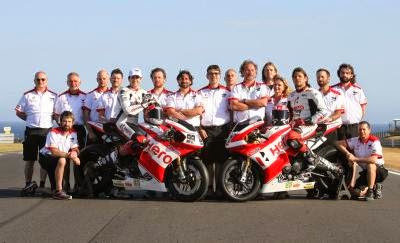 Practice for the first European race of the season begins on Friday with further sessions scheduled on Saturday. Should things go to plan Team Hero EBR will also take part in Tissot-Superpole. The races on Sunday form part of the new look schedule which EBR is excited to be a part of.

Edwin Belonje, EBR Europe
Edwin Belonje Managing Director EBR Europe: “The World Superbike in Assen on April 27 is one of the biggest sport events of the year in the Netherlands, with more than 45.000 motorsport fans visiting the famous TT circuit during the WSBK weekend. Assen will be the next race after Aragon. EBR will of course be present in Assen too, to thrill the spectators during the race and to promote the new EBR 1190RX. I expect a lot of attention for the new Team Hero EBR."