Harley shipments up 5.8 % worldwide in first quarter, up nearly 11 % internationally

In international markets, dealers sold 21,685 new Harley-Davidson motorcycles during the first quarter, up 10.9% (19,548 motorcycles in the first three months of 2013), with sales said to be up 20.5% in the Asia Pacific region, 8.2% in the EMEA region (Europe, Middle East and Africa), and 8.9% in Latin American markets. Canada was down by -2.4%.
Keith Wandell, Chairman, President and Chief Executive Officer of Harley-Davidson, Inc. said: "Our dealers had a solid quarter of retail motorcycle sales. Sales in the Asia Pacific region were up strongly, and we are encouraged by the continued growth of new Harley-Davidson motorcycle sales in Europe. Domestically we achieved first-quarter retail growth of 3.0% in the midst of a long, cold winter."

According to Wandell, "there's also great news for Harley-Davidson in the annual reporting of our demographic market share data."
According to Polk/IHS data 2013 saw Harley post a sixth consecutive year as the number-one seller of new on-road motorcycles in the U.S., (both in terms of their 'in-class' 601cc-plus displacement market and across all engine size bands) to young adults age 18-34, women, African-Americans and Hispanics (Harley's "outreach" customers) and Caucasian men age 35-plus (which Harley describes as "core" customers). The Company says that compared to 2012 it grew its U.S. market share and also increased its share gap to the nearest competitor in each of these segments.

"Harley-Davidson delivered gains on many fronts in the first quarter, with shipments up 7.3%, strong margin improvement and solid growth in dealer new motorcycle sales," said Wandell.
"Our Project RUSHMORE motorcycles were in high demand in the quarter and we began shipping the Harley-Davidson Street 750 and 500 into select markets."

First-quarter operating income from motorcycles and related products grew 25.6% to $347.7 million ($276.8 m in Q1 2013); operating income in the quarter "benefited from higher motorcycle shipments and higher gross margin compared to the prior-year period" according to the company.
Revenue from motorcycles grew 13.1% to $1.31 billion ($1.15 billion in Q1 2013) - the Company says it shipped 80,682 motorcycles to dealers and distributors worldwide during the quarter, which it says was "in line with guidance and a 7.3% increase compared to shipments of 75,222 motorcycles in the year-ago period."

Operating income from financial services was $63.2 million in the first quarter of 2014, an 11.7% decrease compared to operating income of $71.5 million in last year's first quarter - Harley says that "first-quarter financial services results reflect a higher provision for credit losses."
Harley-Davidson continues to expect to ship 279,000 to 284,000 motorcycles to dealers and distributors worldwide in 2014, an approximate 7% to 9% increase from 2013. In the second quarter of 2014, the Company expects to ship 92,000 to 97,000 motorcycles, up from shipments of 84,606 motorcycles in the year-ago period. The Company continues to expect full-year 2014 operating margin of 17.5% to 18.5% in the Motorcycles segment. The Company also continues to expect capital expenditures of $215 million to $235 million in 2014. 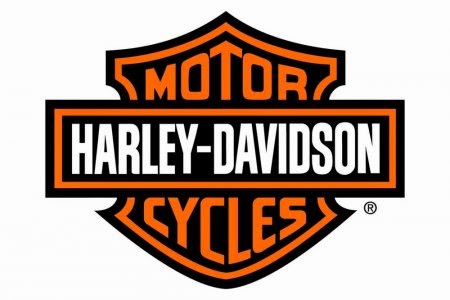