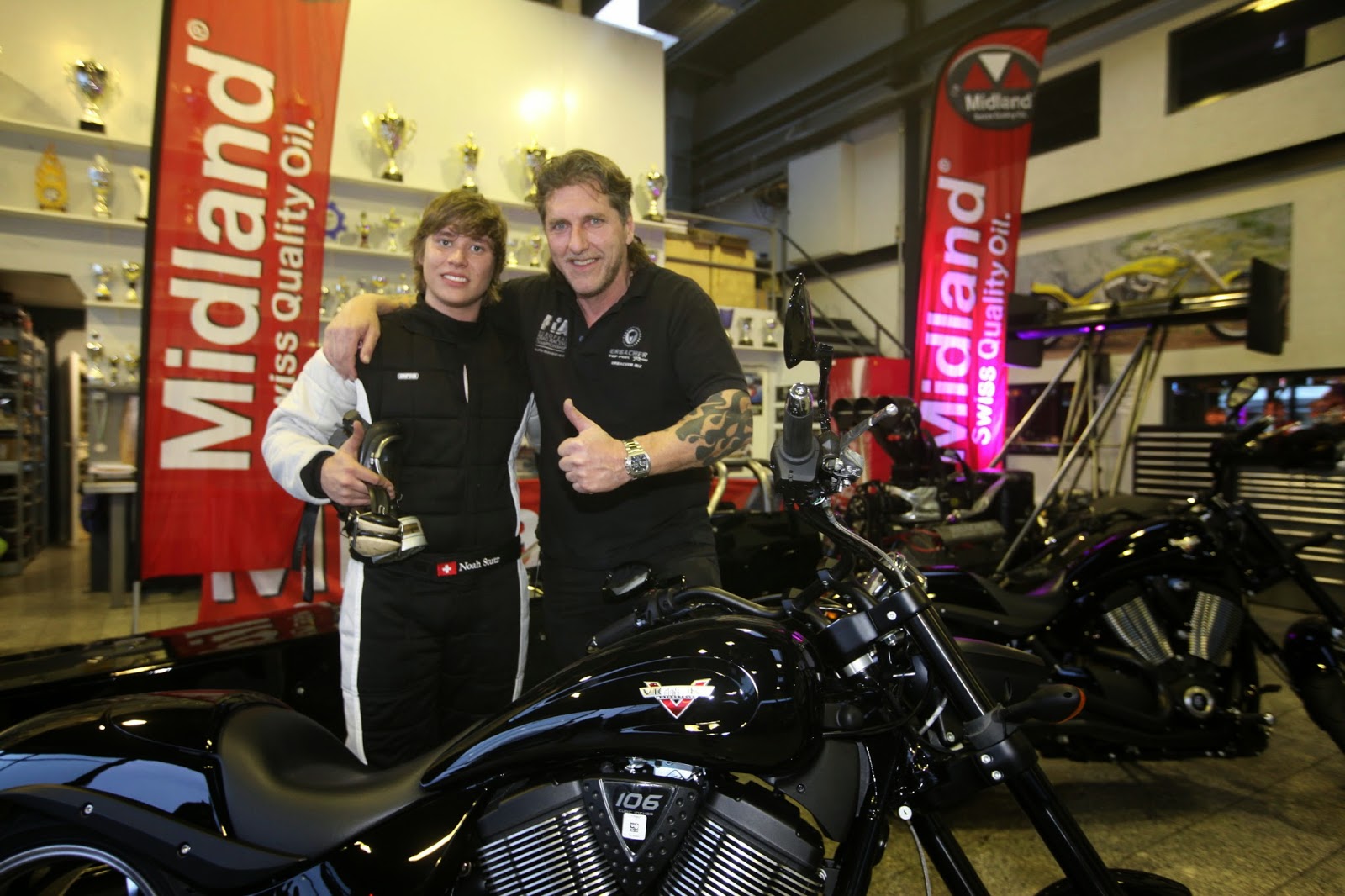 If you want to sniff Nitromethan, Urs Erbachers Motorcycle Shop and Bar at Arlesheim/Switzerland (just south of Basel) is THE top address in Switzerland, if not Europe. April 4th saw the "Roll-out" and test-fireing in front of an 160+ invited crowd of "Club 111" members, Urs Erbacher's "member club" that has special privileges when the team is out racing all over Europe. 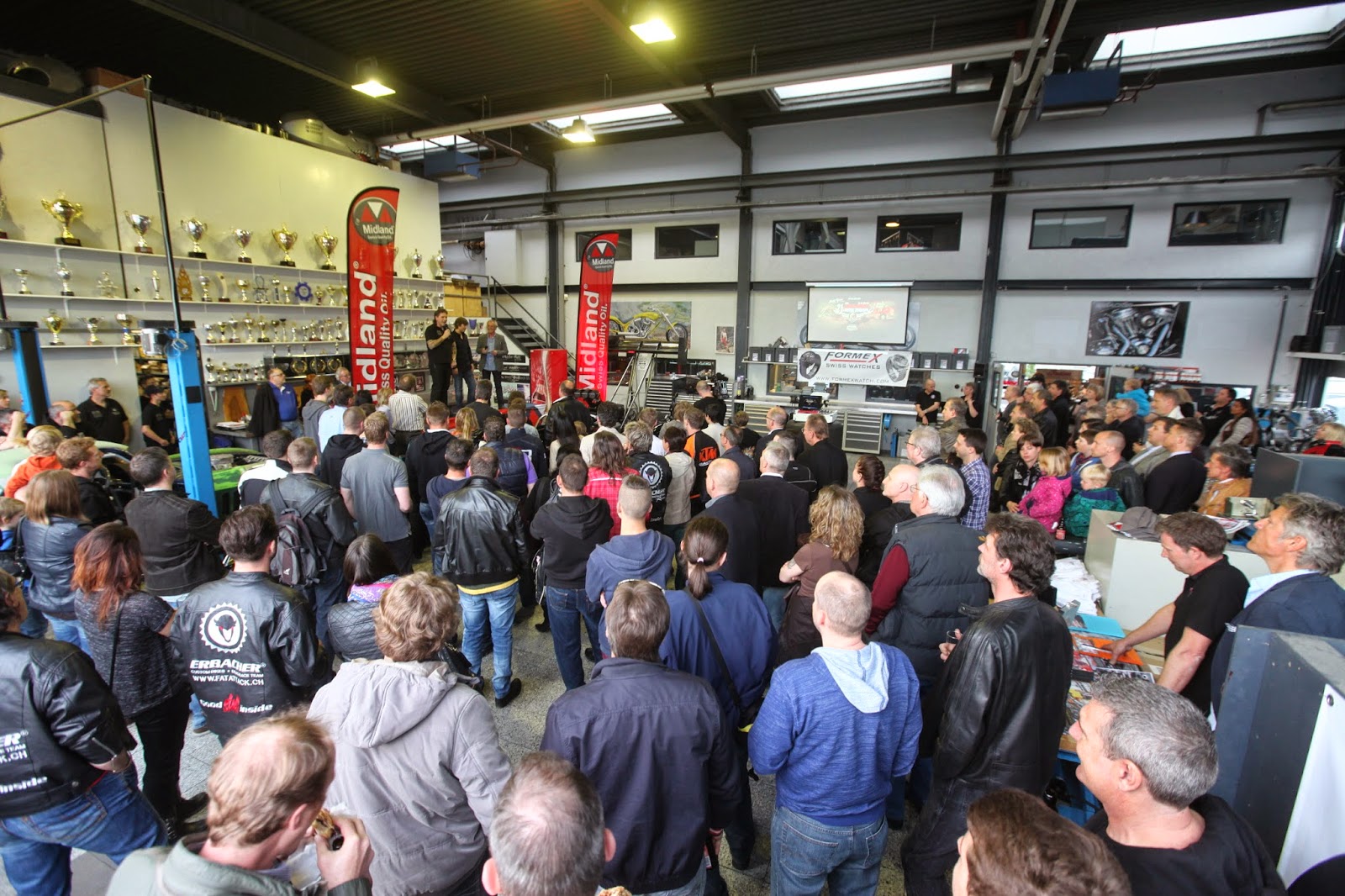 Erbacher, well known for his extreme Custom motorcycles has recently added Victory and– last year – Indian to his brands and is now one of the must enthusiastic dealers of these brands in Switzerland. During Swiss Moto his team build a custom-Streetfighter version of a Victory


"Hammer" and his team truck as well as the Top Fuel Dragsters – and we are talking about the super-fast 500 km/h top fuel 4-wheeled Dragsters – will be painted in Victory colours – with several Victory Motorcycles being present at the main Dragracing events all over Europe!
Great news  is that Erbacher will run a 2-car Team with Noah Stutz, Europes youngest Top Fuel License holder (received his Top Fuel license at the Nitrolympix at Hockenheim 2013 at the age of 18), racing one of the 8000+ horsepower beasts! 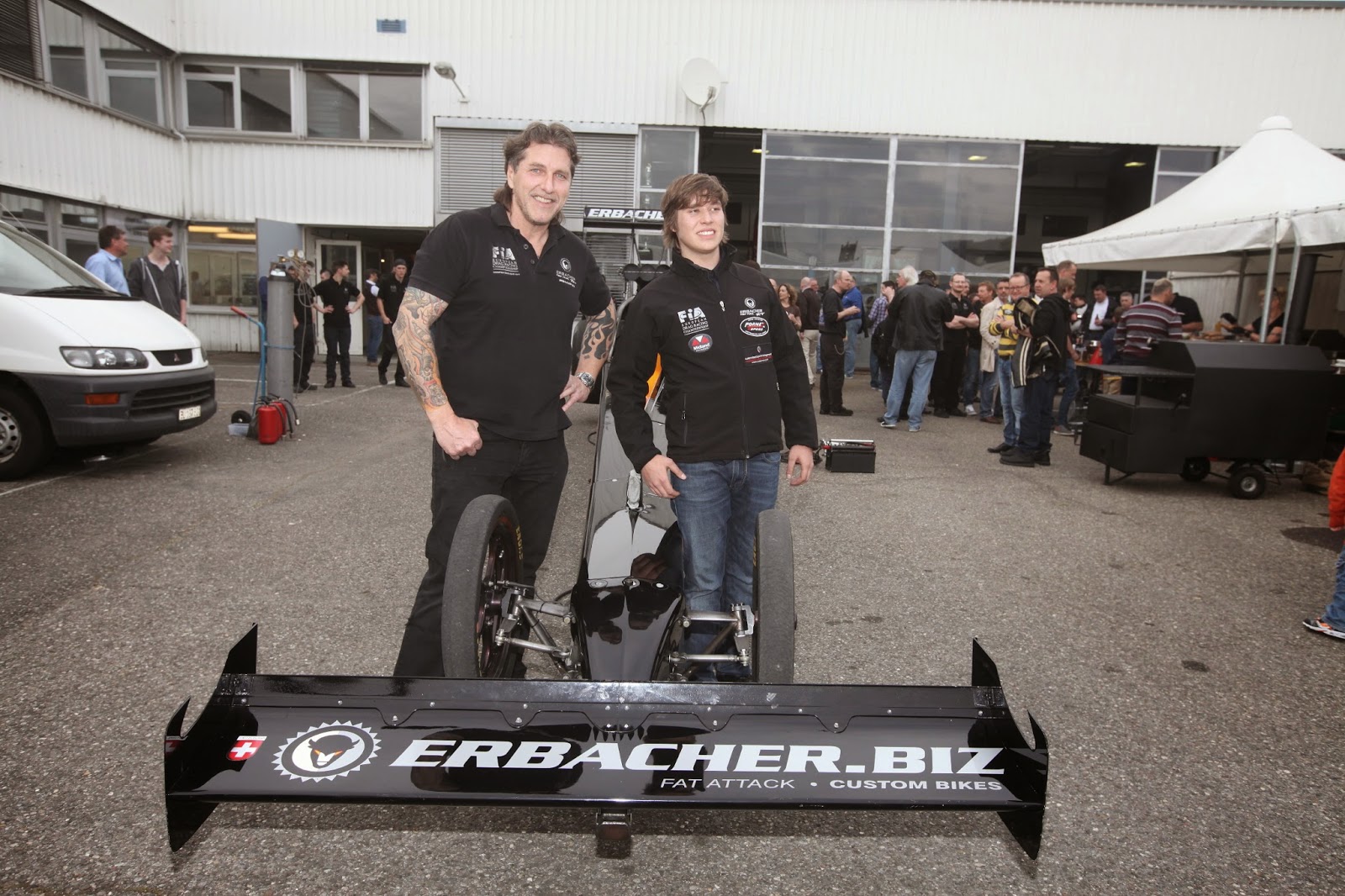 Since the 6-times European Champion has always a prominent position in the Paddock, this is a outstanding promotion deal for Victory Motorcycles, for which Erbacher (his plans for Indian Custom's remain "Secret"...) has great plans. Two Swiss television team were present at the introduction already, marking the interest on Erbacher's Race Team. 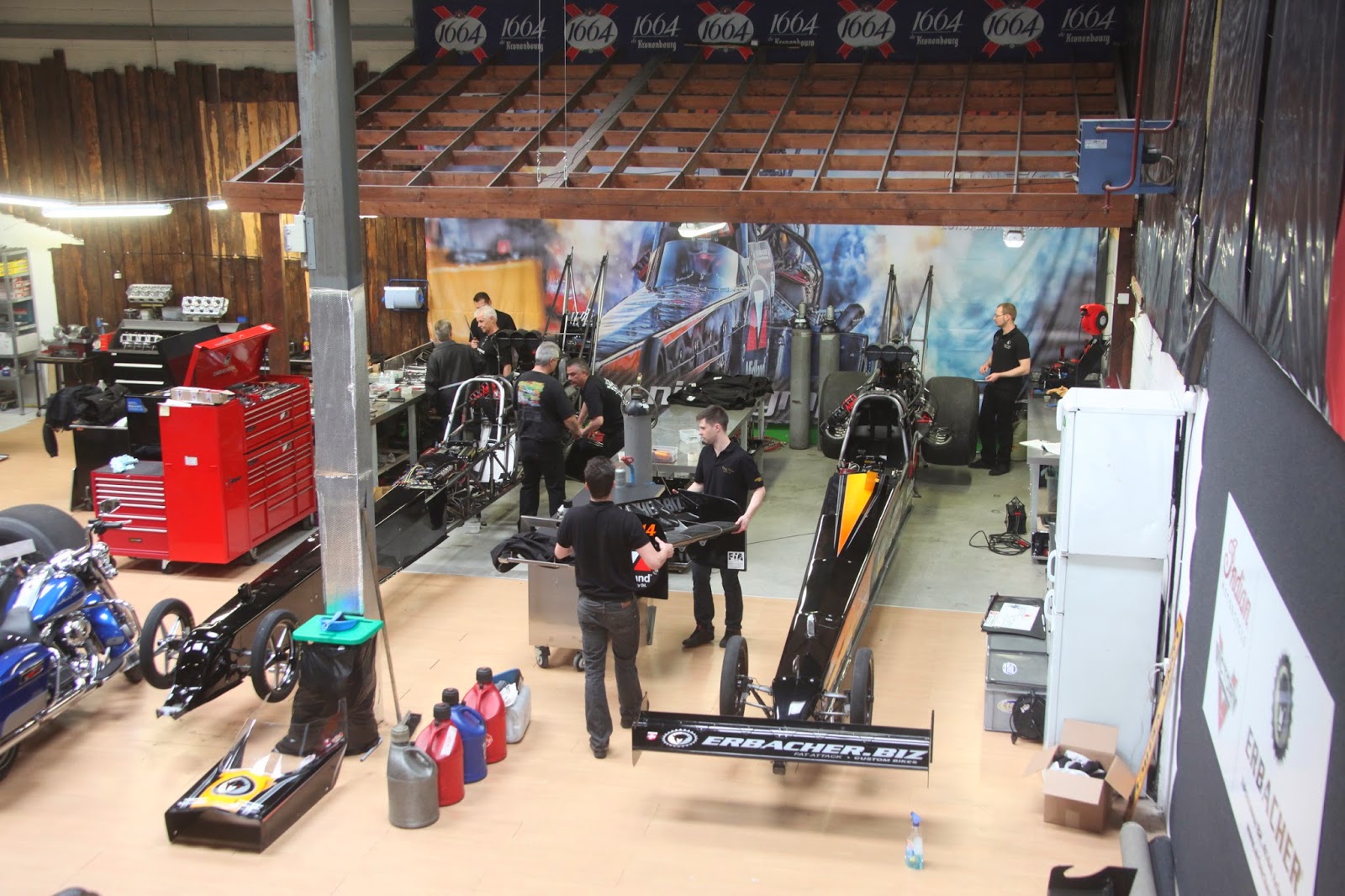 The Top Fuel cars will soon be fully tested in England and then will be ready for the Dragracing Season – always accompanied by the Victory and Indian motorcycles!