MARCH, 2014 - Los Alamitos, CA - High Performance Slip Ons for your bagger are here. RSD is proud to introduce the Slant for your HD touring model featuring a high quality finish and an amazing deep and full sound. This is the racing inspired touch you’ve been searching for. Available in Chrome and Matte Black, both with carbon fiber tip. 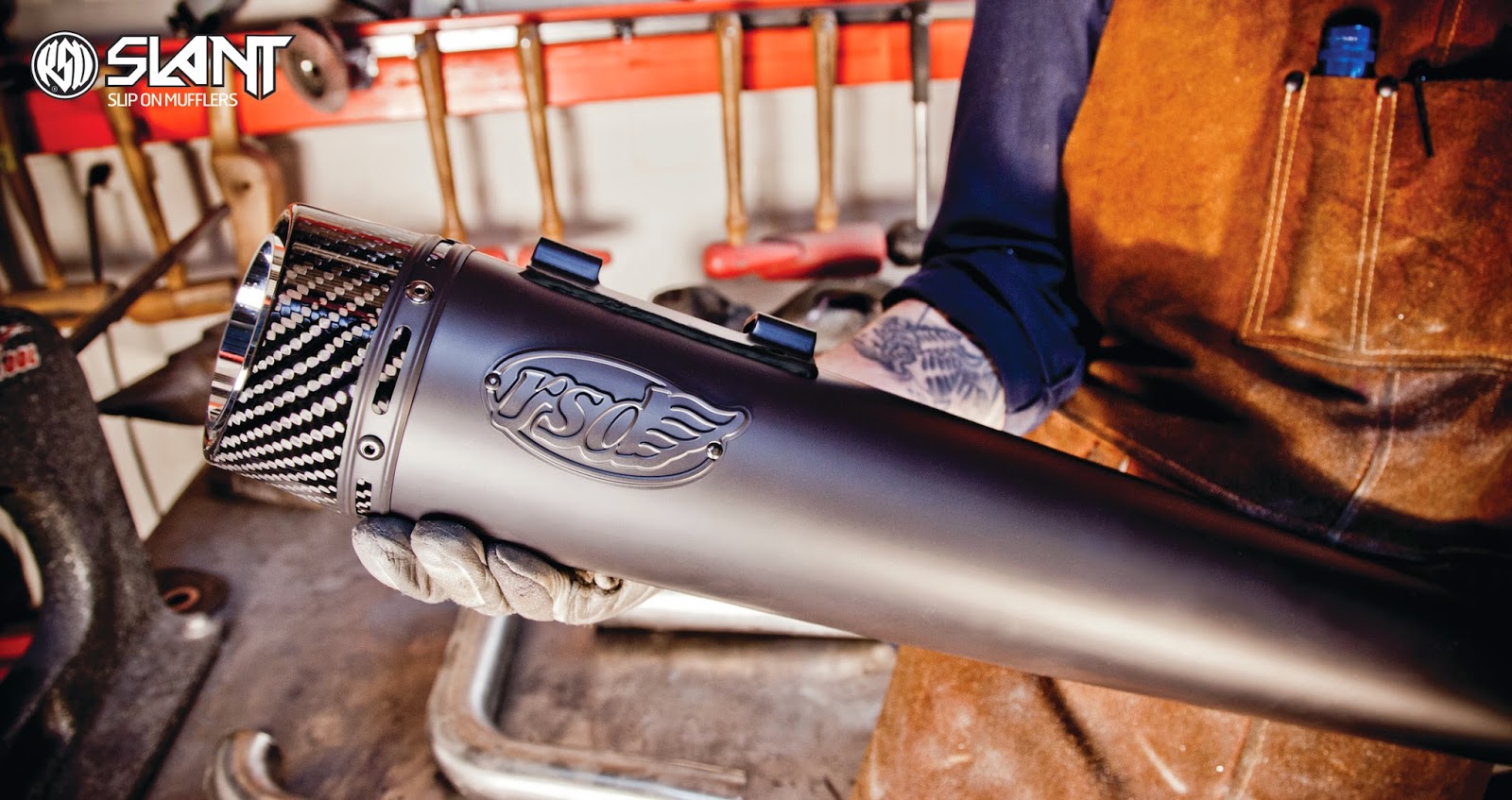 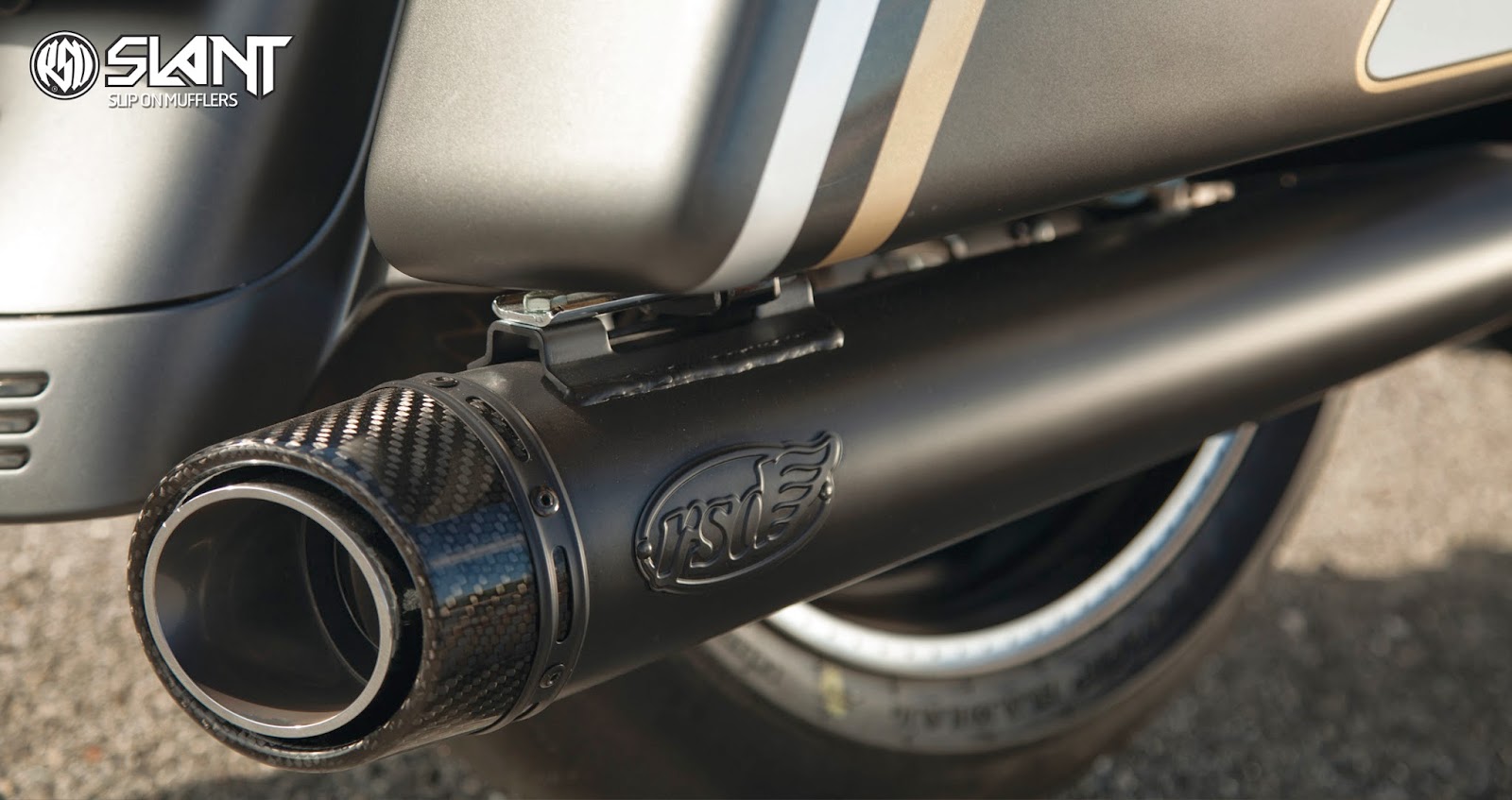 THE RSD STORY
Roland Sands
Roland Sands Design is a motorcycle, product and apparel company that has its roots in racing, custom bike building and design. Our inspiration comes from a high performance background that blends the love of two wheels with the desire to create unique products. We live the two-wheeled life and our crew is a diverse collection of roadracers, off-road, dirt track, supermoto and custom bike builders and riders. It is this diversity that allows us to work with the best in the industry on a variety of projects. Our clients include Ducati, Dunlop, Harley-Davidson, Panasonic, Performance Machine, Piaggio, Polaris, Toyota, Triumph, Yamaha, Vance & Hines and many others.

Roland Sands is from Long Beach, California. His diverse upbringing encompasses just about every aspect of the motorcycle industry. His first motorcycle was an RM50 dirtbike given to him on his 5th birthday, on which, after just minutes of riding, he broke a bone… but fell in love with it anyway. His love of speed on two wheels took him to the professional racing ranks for 10 years. He set multiple track records around the world and was the 1998 American Motorcyclist  Association 250GP champion. However, 32 broken bones later, Roland decided to trade in his racing leathers for a hammer, pencil and computer designing and began building motorcycles and custom motorcycle products. In 2005, he founded Roland Sands Design. Sands’ designs are a mixture of sportbike and chopper influences and he has played a pivotal role in popularizing high performance custom bikes. Roland and his designs (motorcycles and products) have earned many accolades throughout the years, including three V-Twin Wheel Design of the year awards; V-Twin Control Design; Chip Foose Design of Excellence Award in Sturgis; 2nd, 3rd and 4th place in the Modified Harley class at the World Championship of Custom Bike Building; V-Twin Trendsetter of the Year award; Biker Build Off Champion on the Discovery Channel; Biker Build Off Rookie of the year and the 2Wheel Tuner Brappy Award. Roland and the RSD fleet of custom motorcycles have been featured in more than 500 magazine articles world-wide, on more than 100 magazines covers. He attends most American motorcycle rallies and events year round, as well as multiple International shows. Sands has also starred in a variety of TV shows including Nitro Circus, Chopper Nation, Biker Build Off, American Thunder and many others.