Harley-Davidson has released its end of years figures and is reporting that earnings and new motorcycle sales have continued to grow in the fourth quarter of 2013 and for the full year, compared to the year-ago periods. 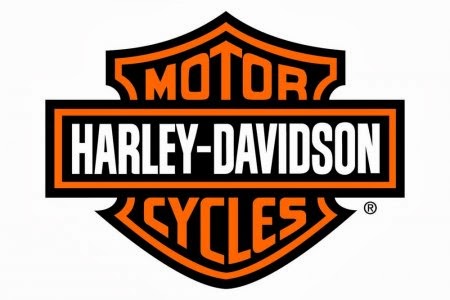 For the fourth-quarter, diluted earnings per share increased 9.7 percent to $0.34, primarily on strong operating results in the Motorcycles segment, including higher revenue and lower operating expense, compared to the year-ago period. Fourth-quarter net income was $75.4 million on consolidated revenue of $1.19 billion, compared to net income of $70.6 million on consolidated revenue of $1.17 billion in the year-ago period.

It is not only revenue that has increased for the Motor Company as it is also reporting that worldwide retail sales of new Harley-Davidson motorcycles grew 5.7 percent in the quarter and 4.4 percent for the full year, compared to the year-ago periods.
For the full year 2013, Harley-Davidson net income was $734.0 million on consolidated revenue of $5.90 billion, compared to full-year 2012 net income of $623.9 million on consolidated revenue of $5.58 billion. Full-year 2013 diluted earnings per share were $3.28, up 20.6 percent from EPS of $2.72 in 2012.

"Without question 2013 was an outstanding year for Harley-Davidson. We unveiled game-changing motorcycles like Project Rushmore and Street, launched surge manufacturing, celebrated our 110th anniversary with customers around the globe and delivered continued financial growth," said Keith Wandell, Chairman, President and CEO of Harley-Davidson.
"Harley-Davidson has been relentless at driving improvements throughout the organization that enable us to design, build and deliver motorcycles with unprecedented speed, efficiency, safety and quality. Together with our dealers, we continue to broaden our customer base and inspire riders to experience our brand. In 2013, retail sales of new Harley-Davidson motorcycles to outreach customers in the US grew at more than twice the rate of sales growth to core customers, and we continued to expand the reach of our brand in international markets.

"None of these results would be possible without the great efforts of our employees, dealers and suppliers, working as one team and moving in one direction to fulfill customers' dreams," said Wandell. "Moving forward, we believe we are well positioned to leverage our momentum, expand our reach among new and existing customers, and further strengthen Harley-Davidson's position as one of the world's leading brands."

In international markets, dealers sold 18,488 new Harley-Davidson motorcycles during the quarter, up 4.7 percent compared to 17,652 motorcycles in the year-ago period, with unit sales up 6.1 percent in the Asia Pacific region, 5.5 percent in the EMEA region and 13.3 percent in Canada, and down 2.8 percent in the Latin America region.