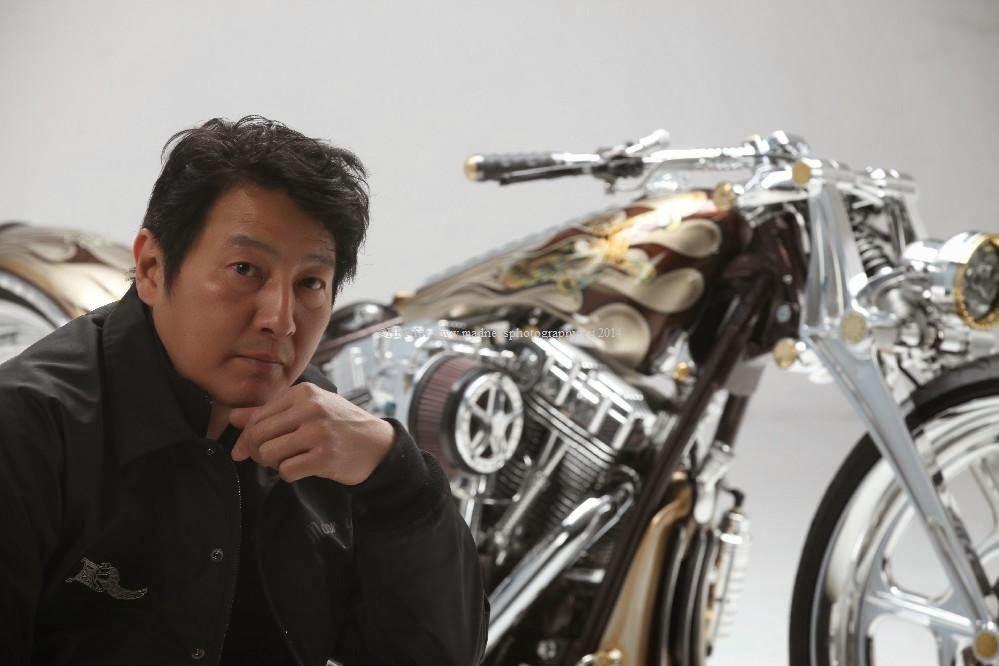 Kenji Nagai is one of the great customizers from Japan who’s parts are in high demand all over the globe. Few people would expect that this super-radical custombike is based on a stock
Harley-Davidson frame and engine – a fact which he underlined when Kenji approached to nominate the bike. 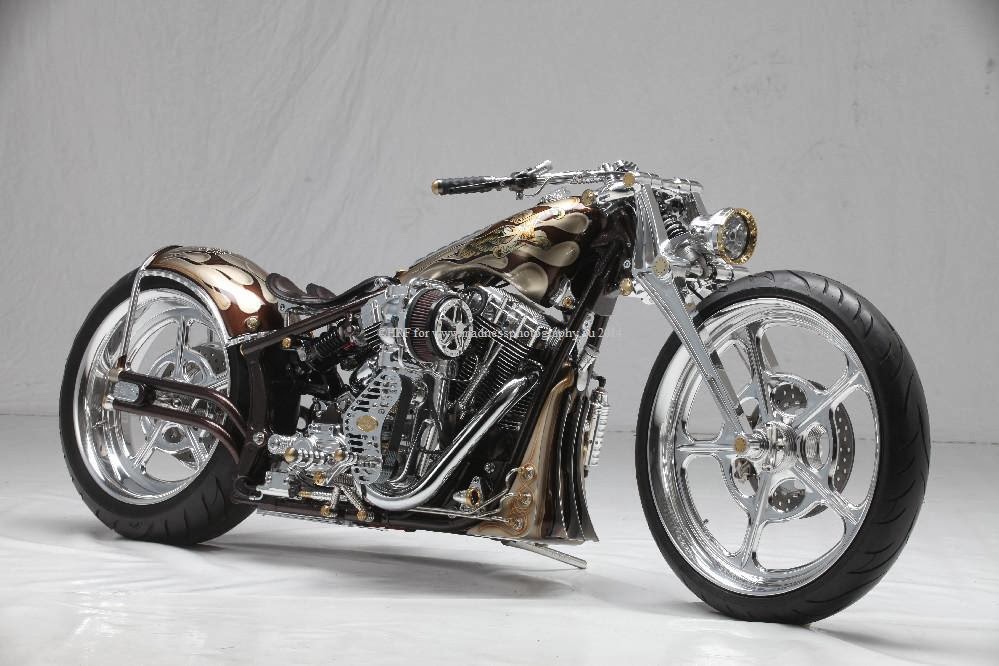 As in some of these cases before – with the frame based on a stock Harley-Davidson chassis (minus the swingarm) – the bike was nominated for both categories – which would usually divide the votes from the judges rather than giving the bike more choices. But not with a bike of this excellence! All the selected high class judges, selected from customizers from the USA and international Custombike Journalists made the bike  their choice – enough for each category for a clean win! Extraordinary! 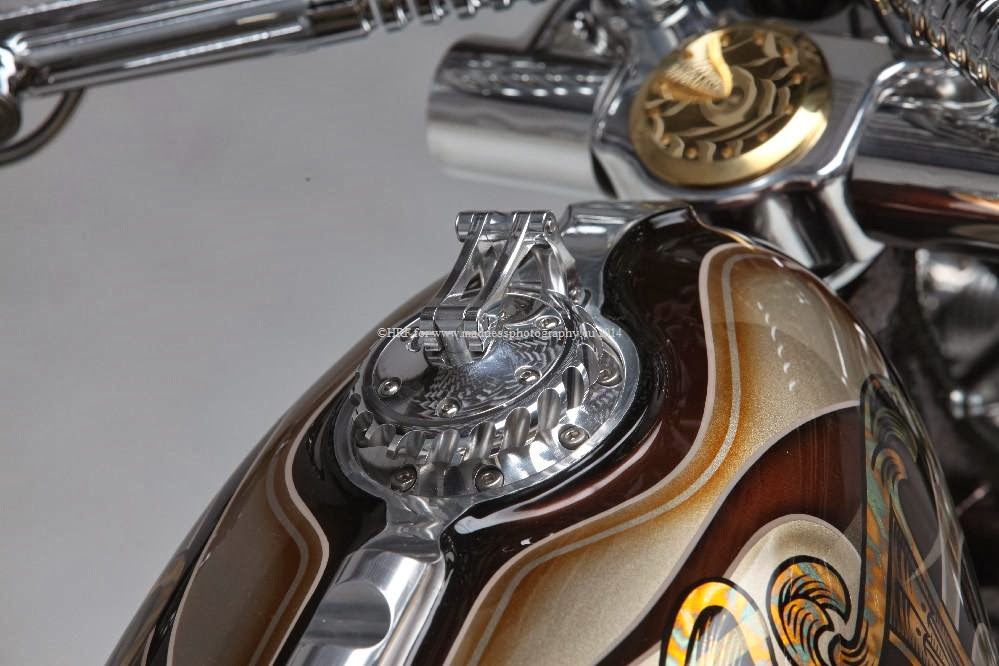 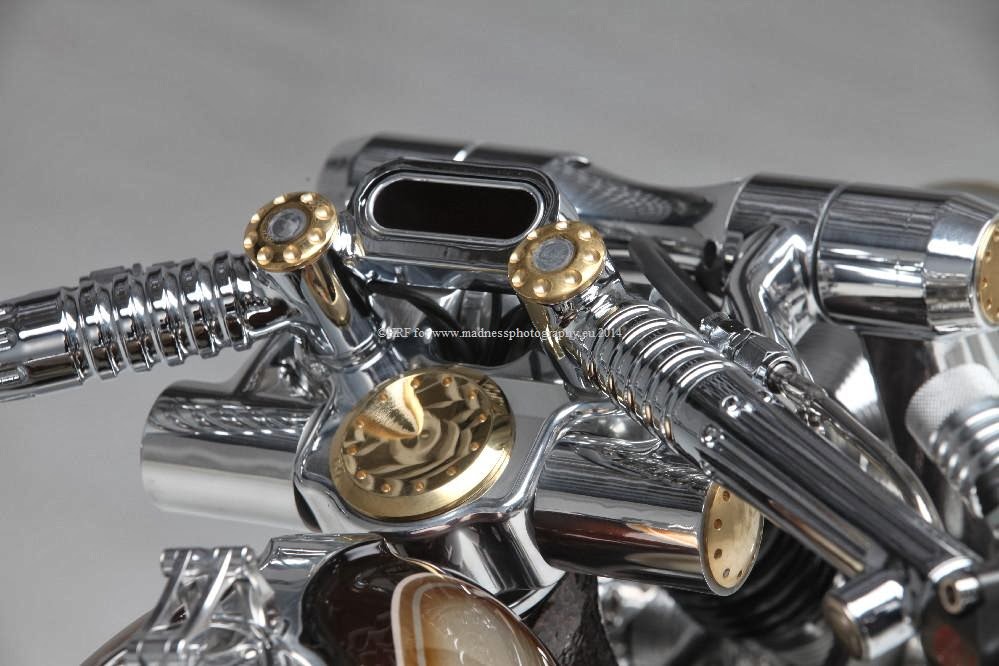 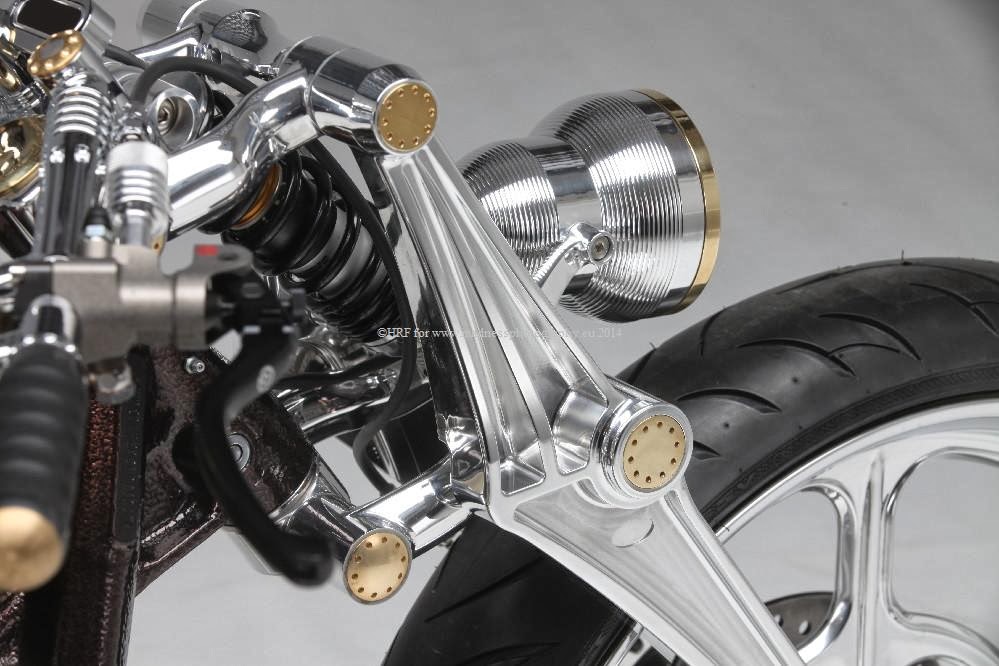 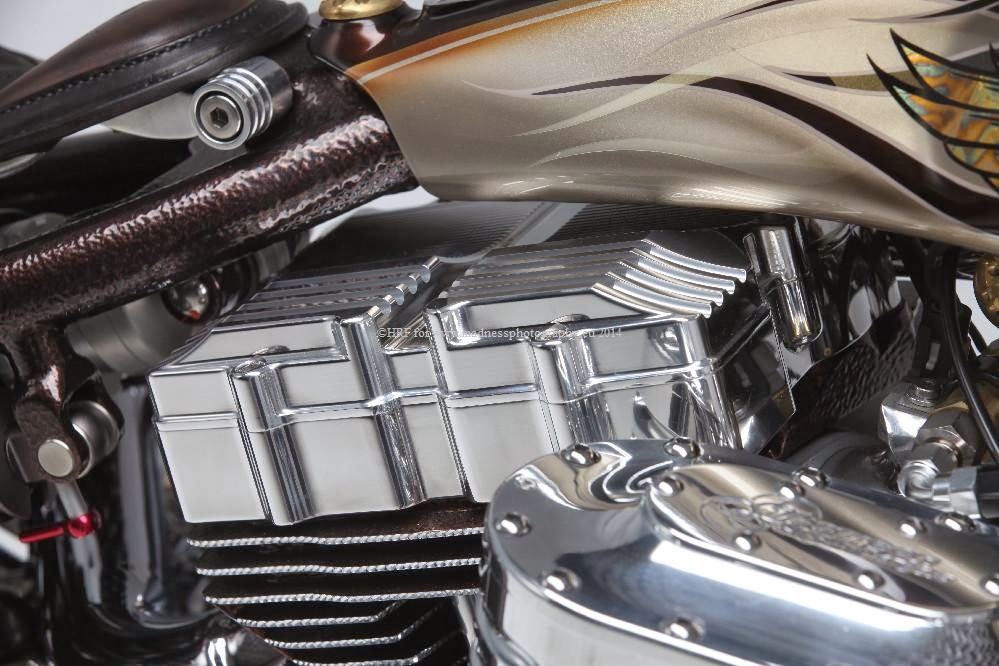 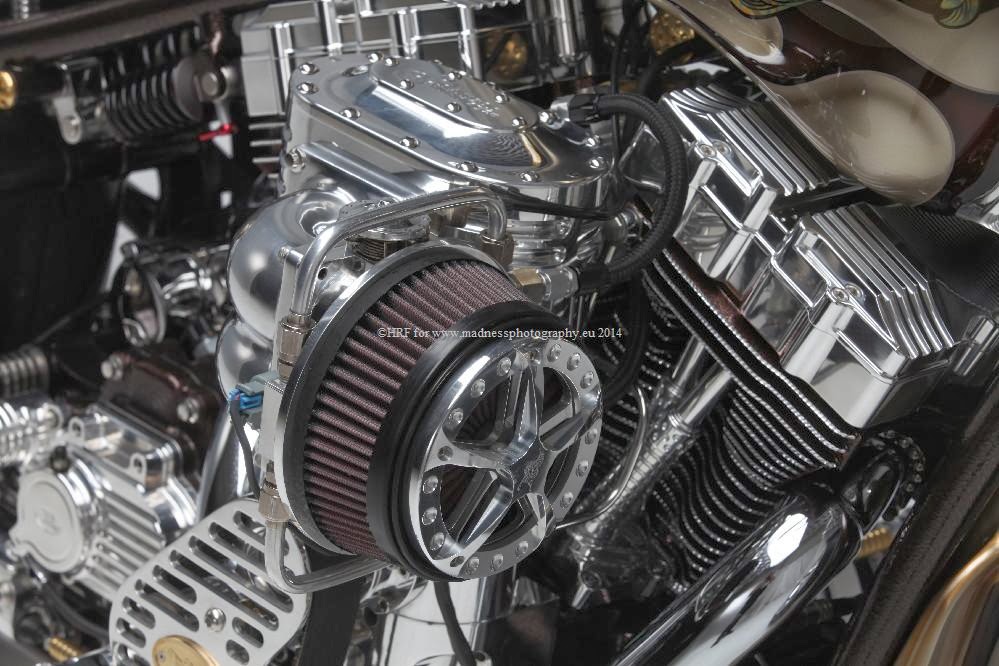 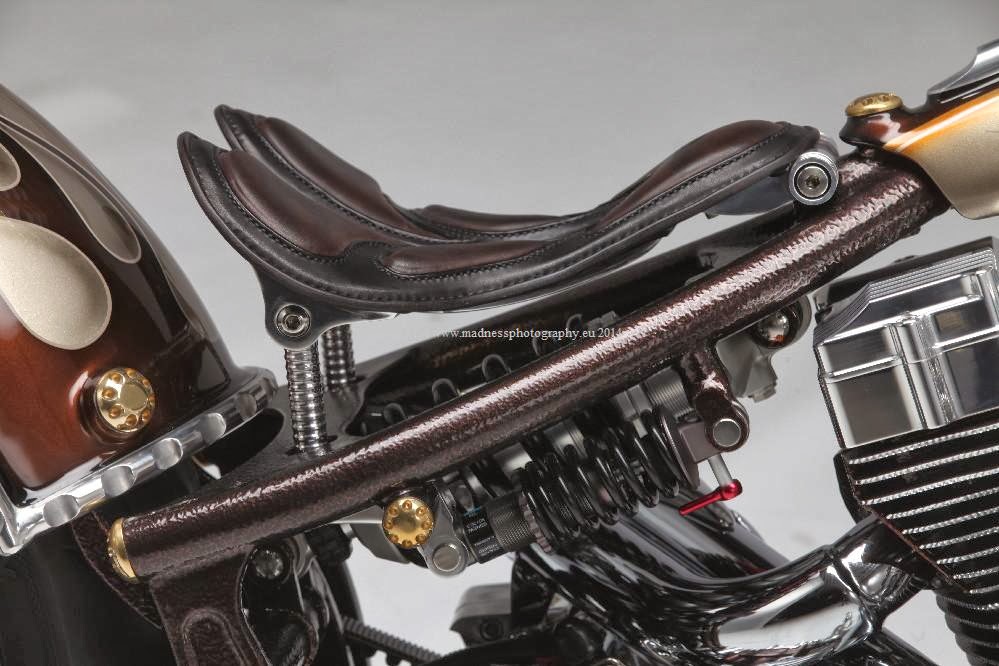 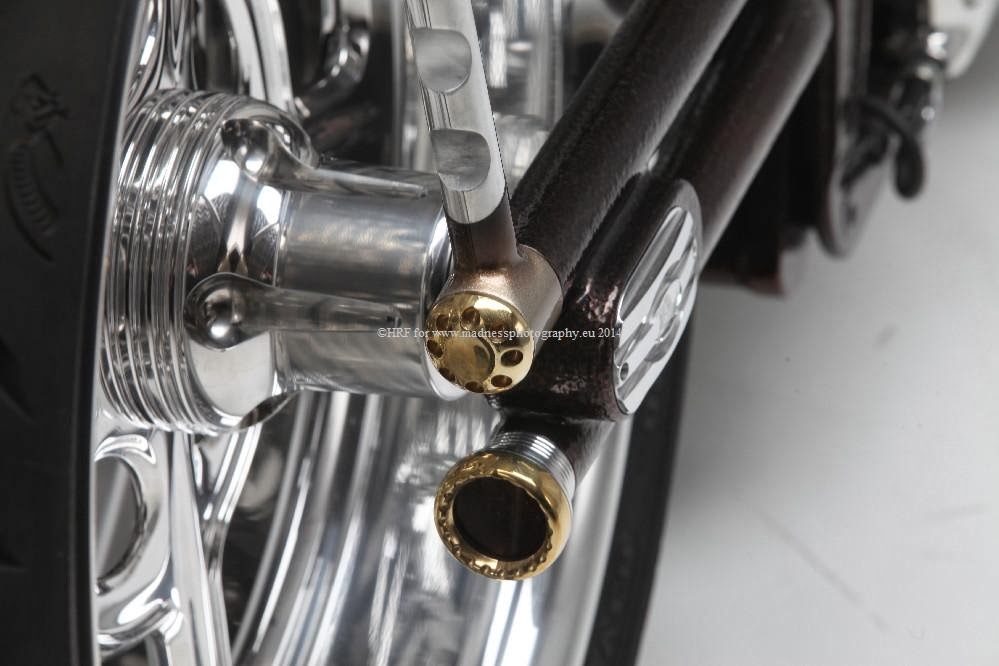 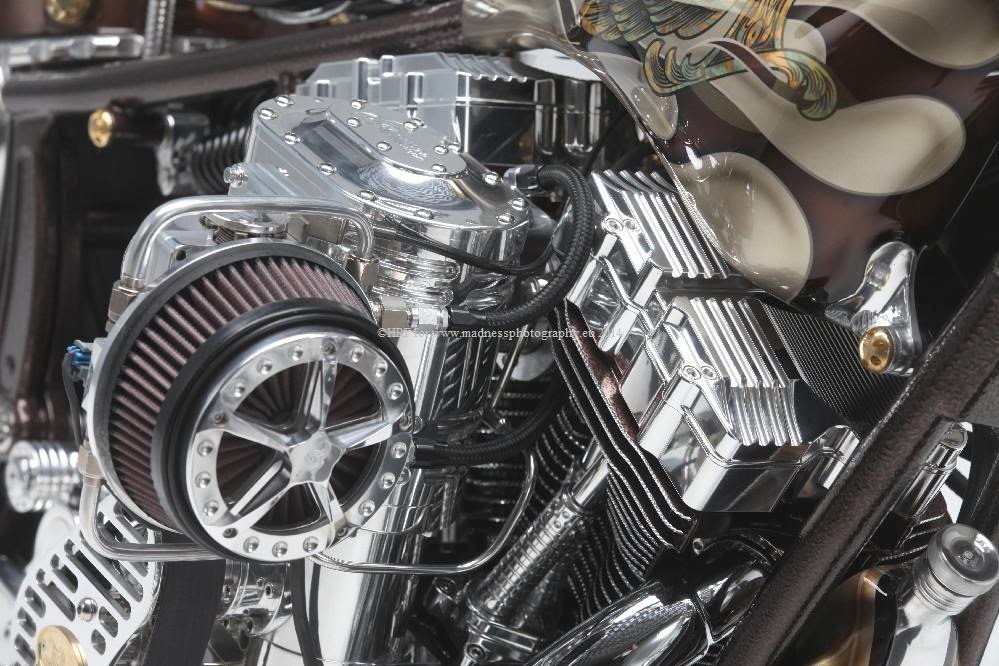 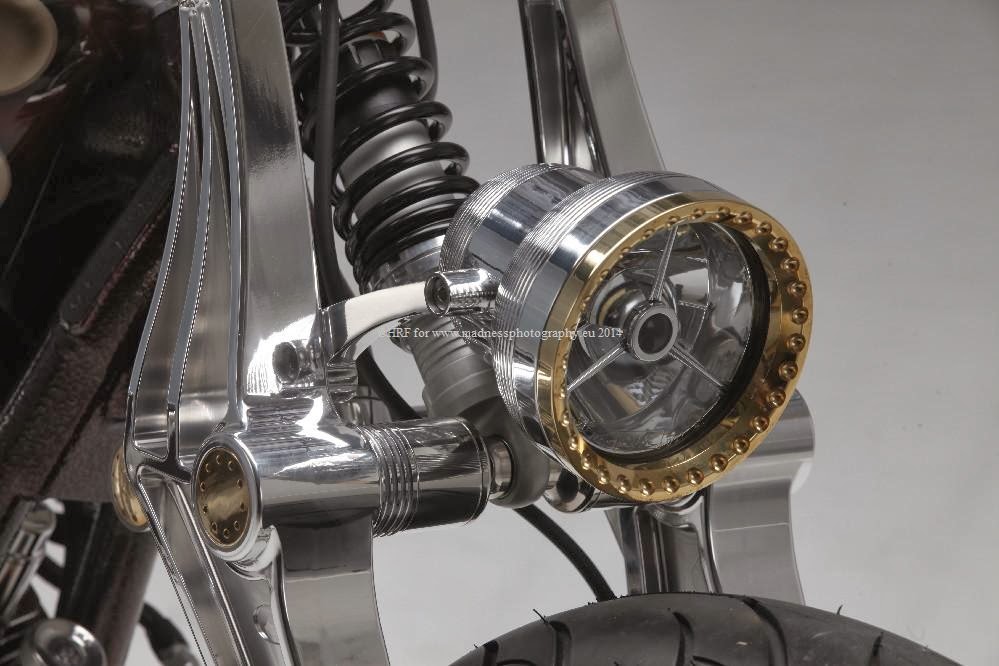 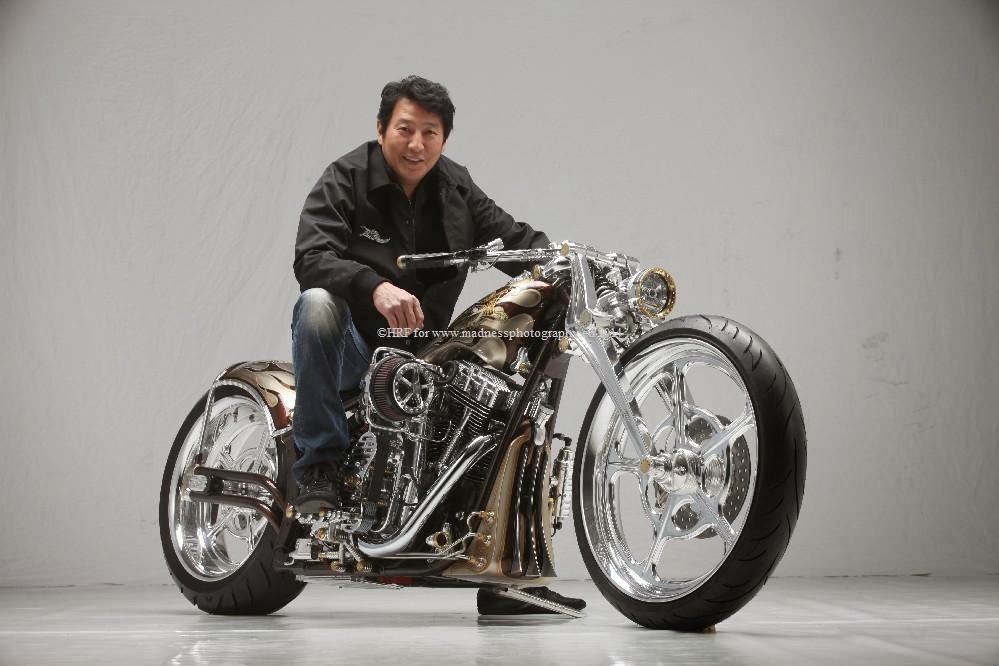 Many items are handcrafted prototypes that will be available now, that the bike is touring the globe, with MOTOR BIKE EXPO Verona one of the European stops.
The engine is supercharged and equipped with Cycle Kraft´s new billet cylinder heads which will now be in production. Other prototypes include the tank cap, all lights – head, tail and bullet-lights – and several other details that made this machine a unique show stopper. 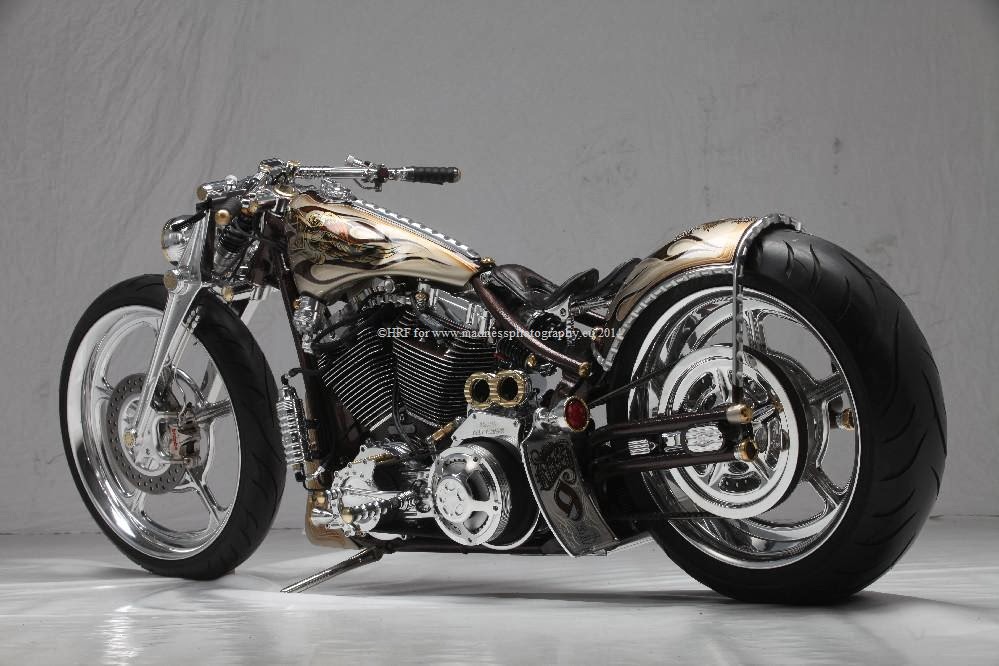 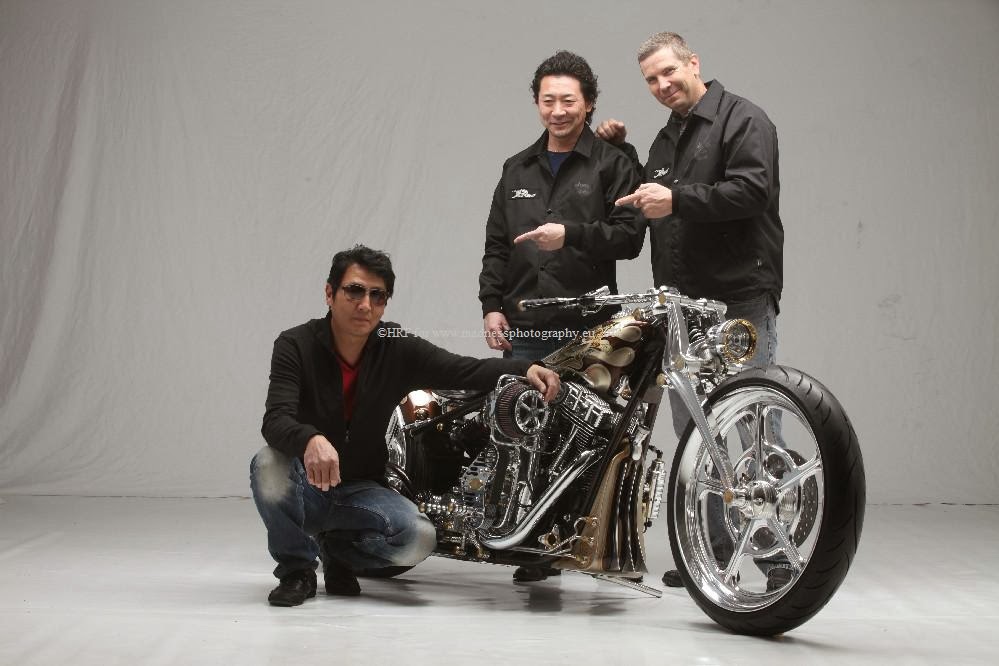 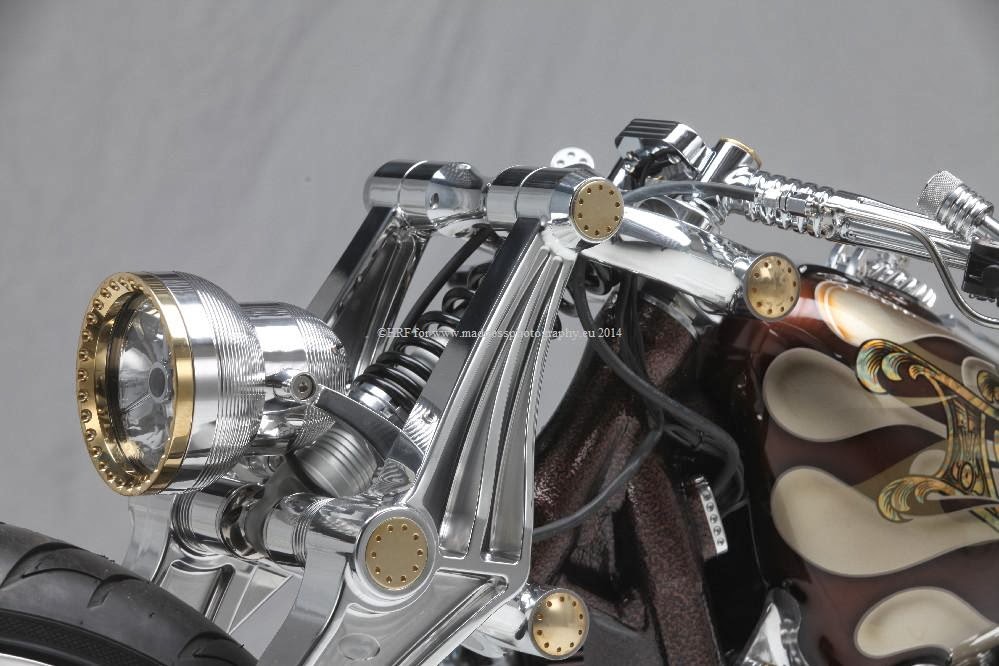 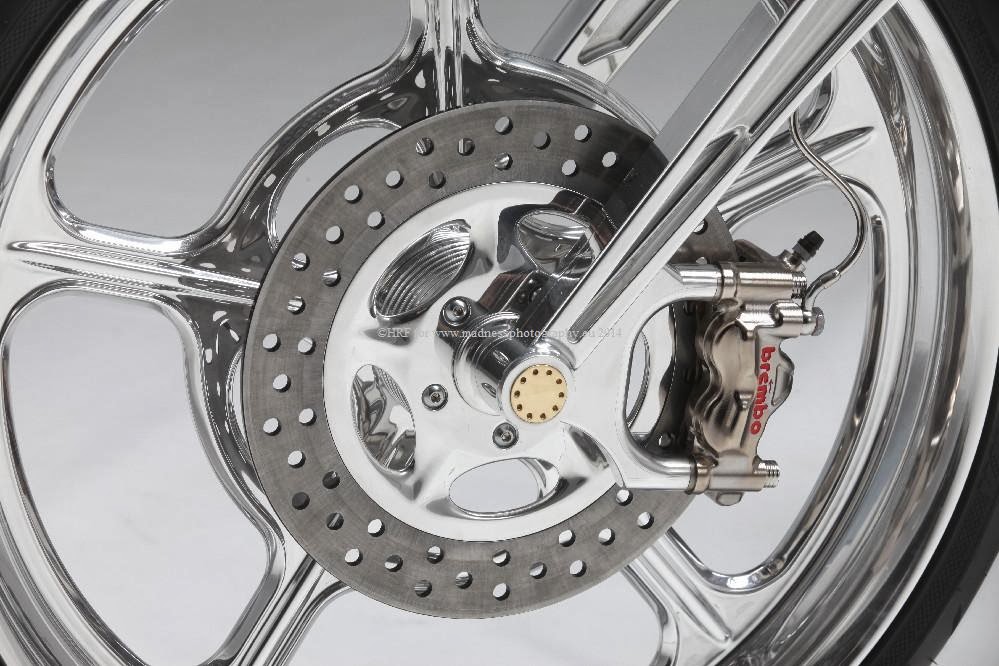 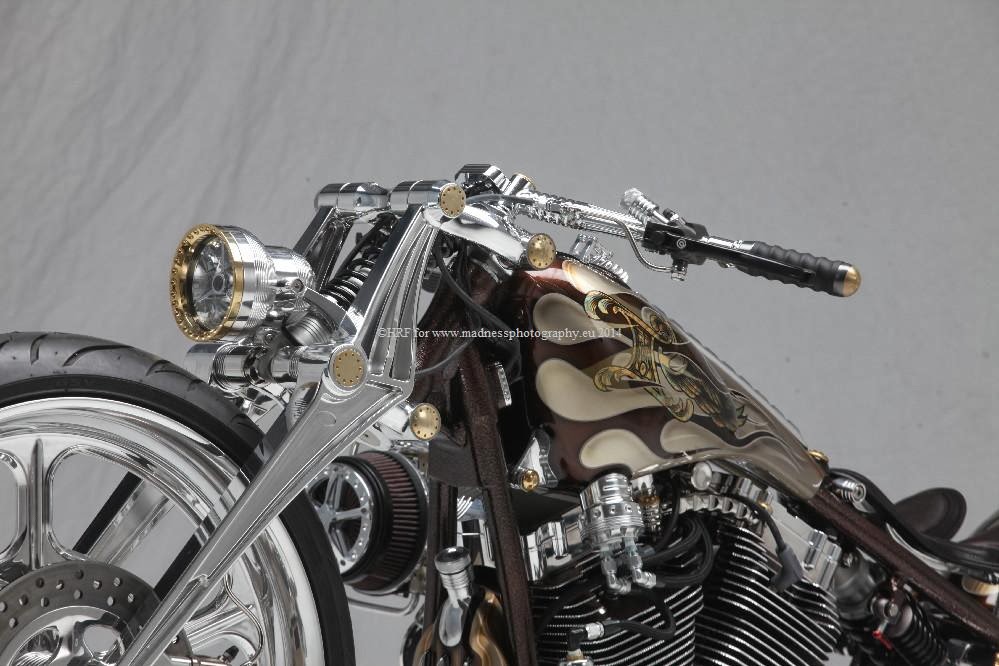 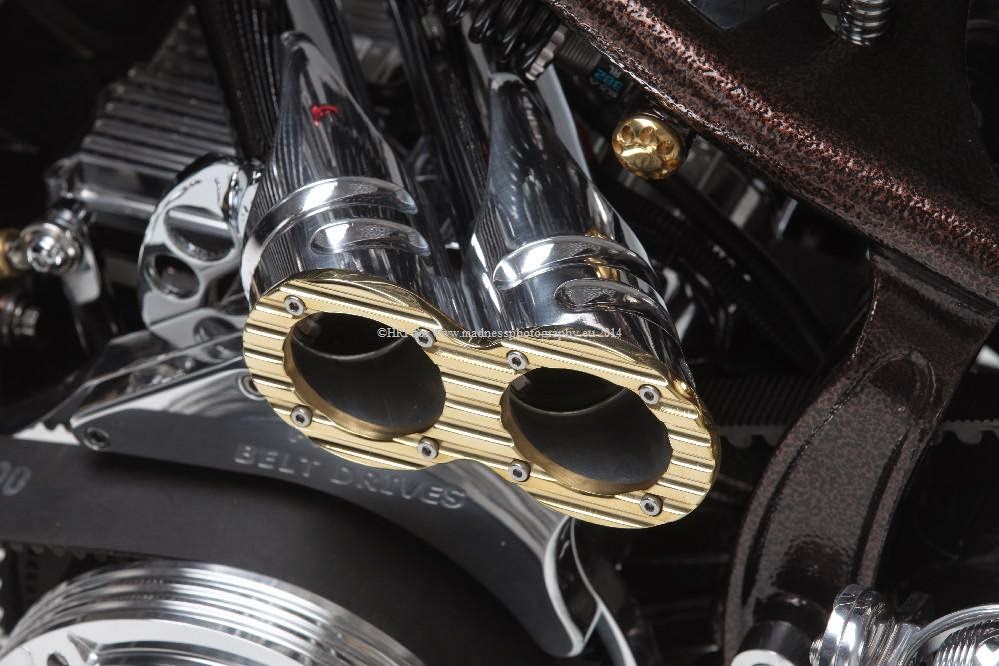 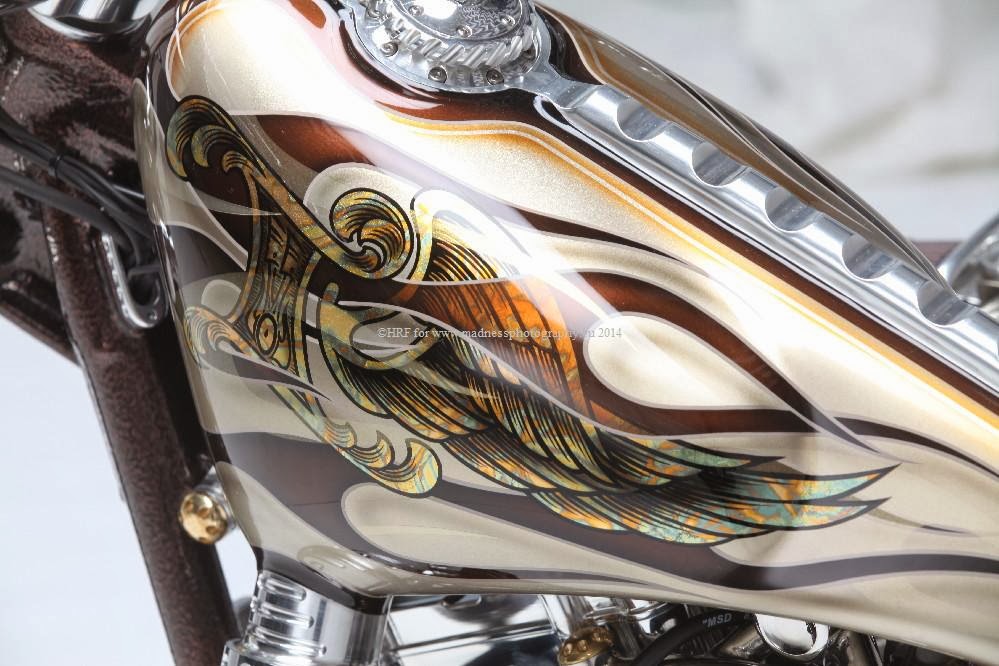 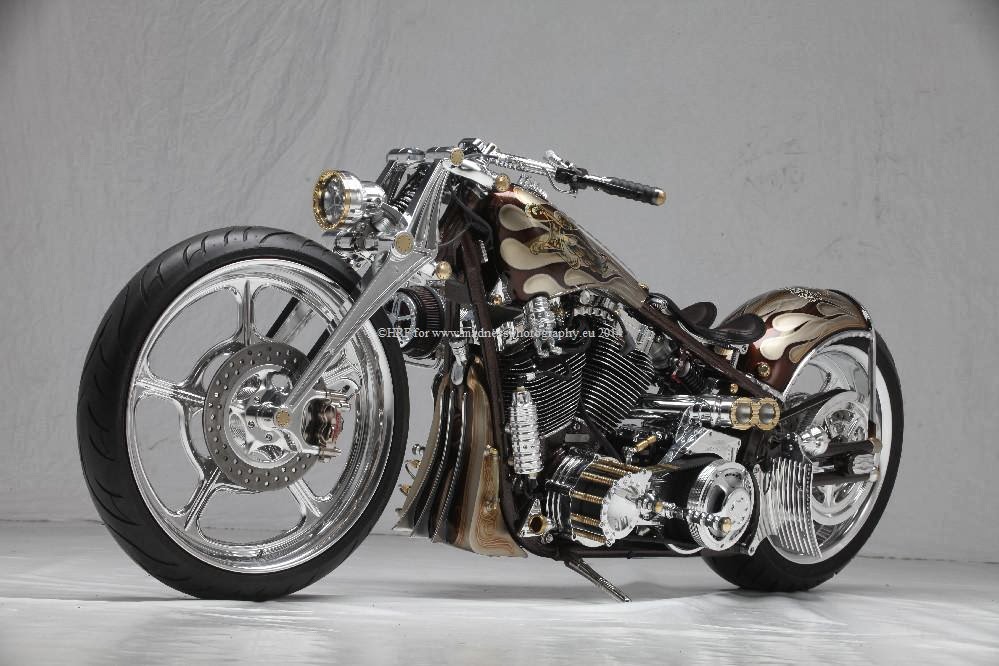 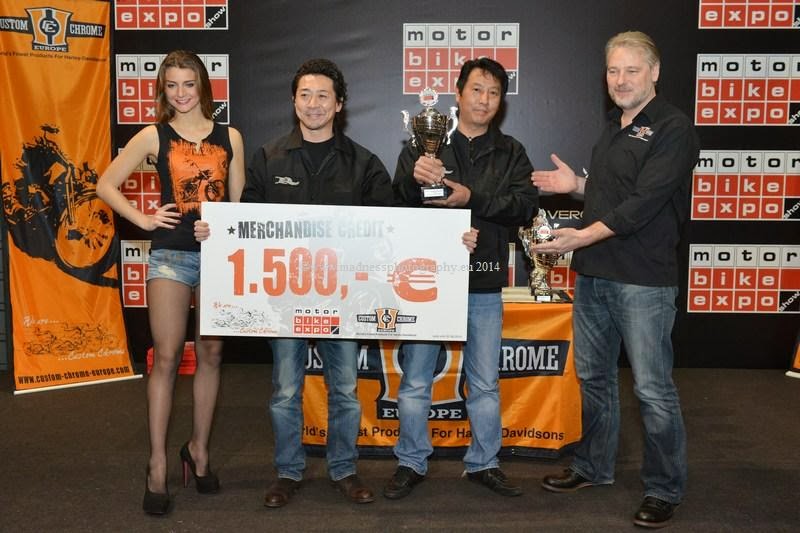 Not only trophys but also cheques for Kenji 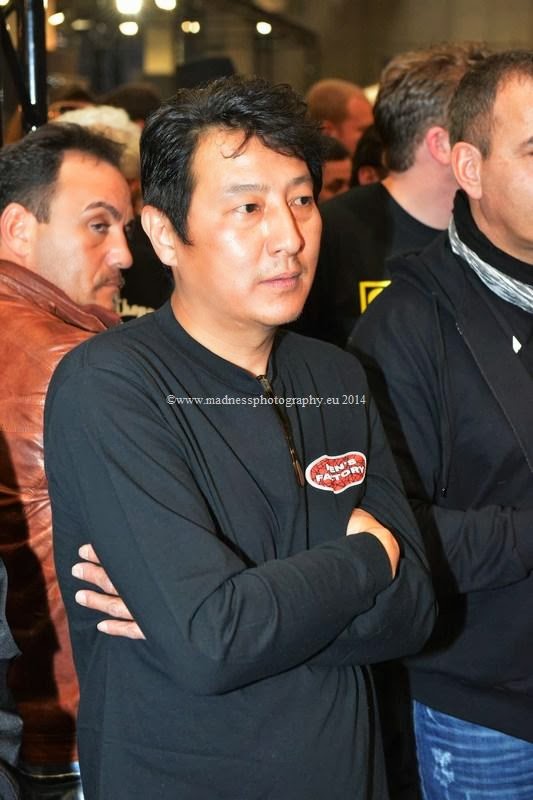 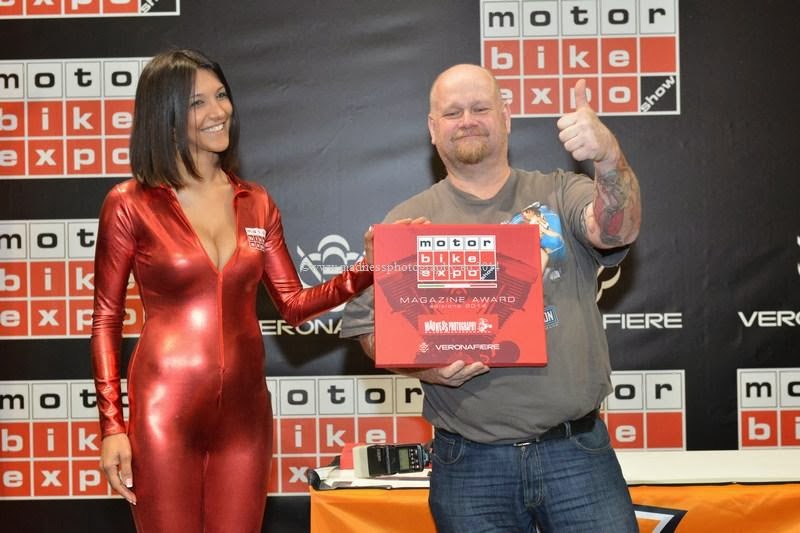 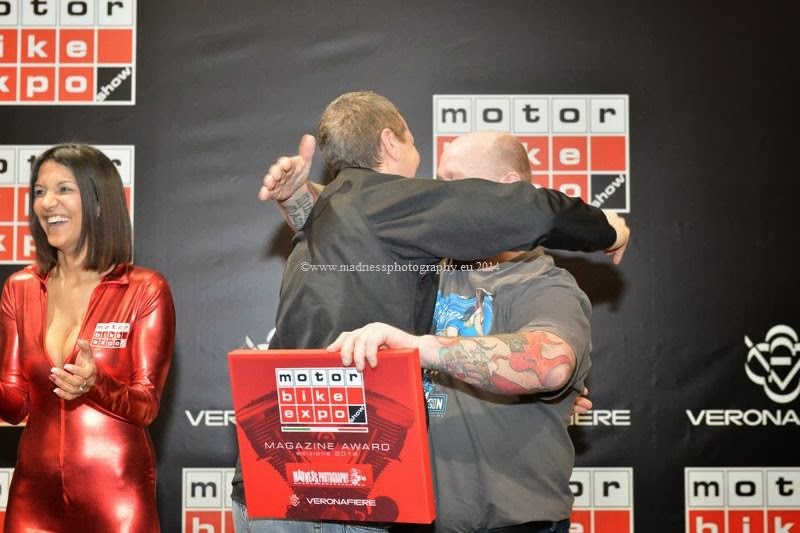 Cycle Kraft, the distributor for Ken's Factory Parts
is more than Happy with all the Trophys and Awards! 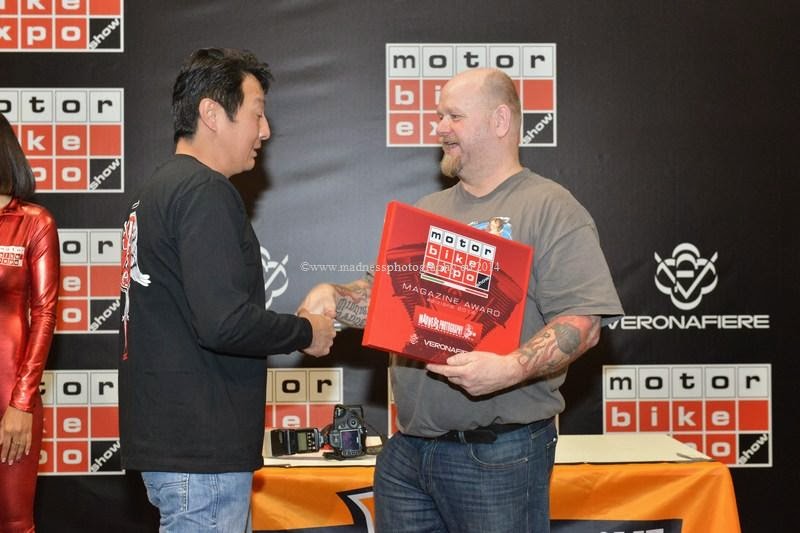 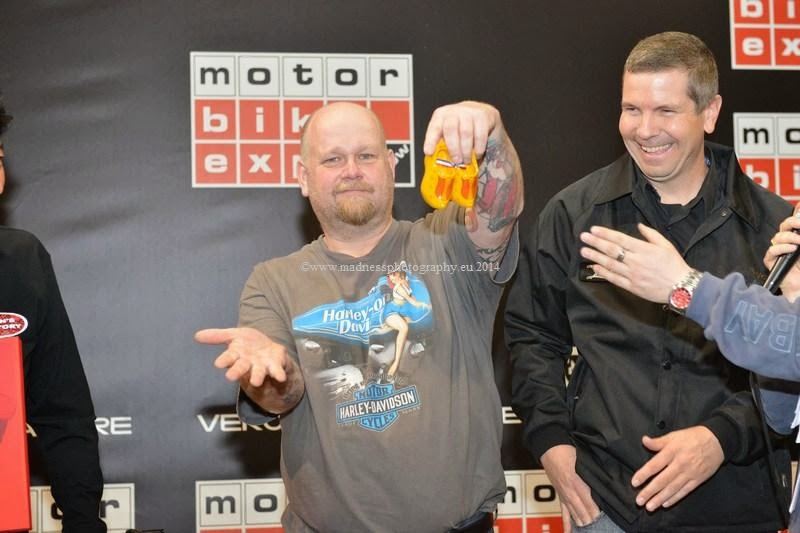 And Onno "Berserk" Wieringa, being Dutch,
not only gave the Madness Photography Magazine Award,
but also a pair of typical Dutch Clogs 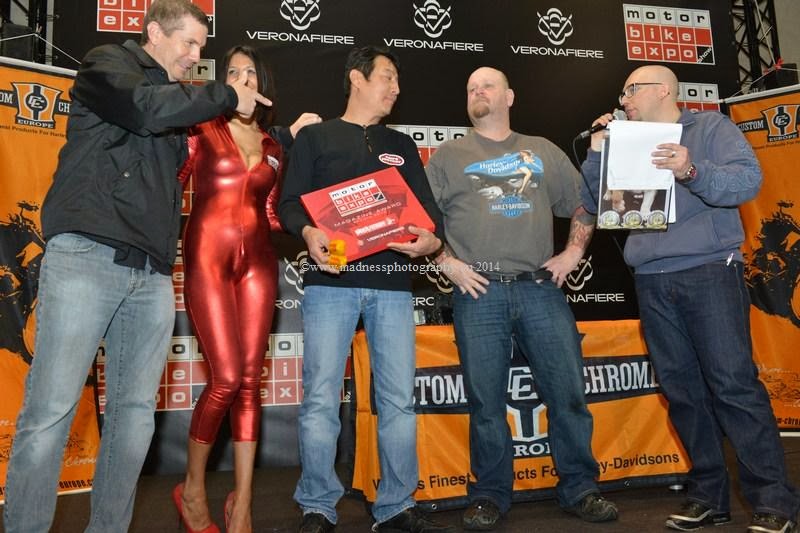 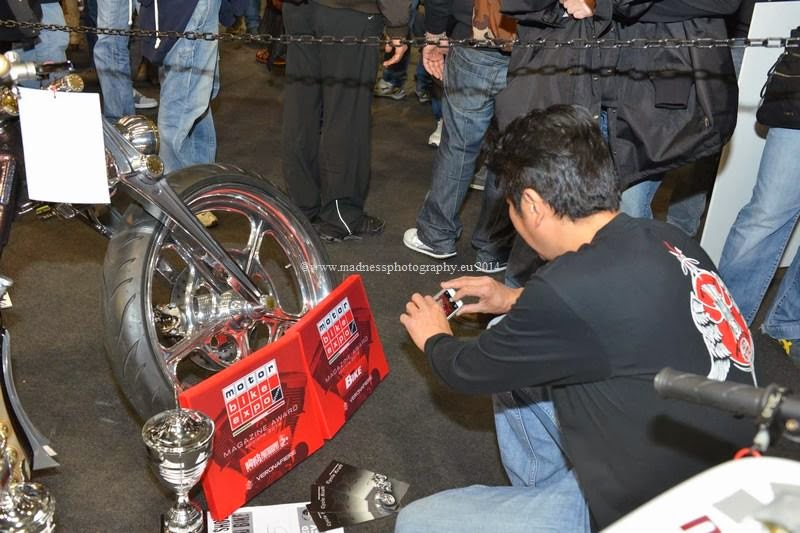 Kenji Nagai sitting next to his prize-winning 'Klassy 9'

In the trophy ceremonies following the CCE awards, the bike was further honoured with titles from Magazines as Madness Photography / Ride-and-Read.com and the Low Ride Bikeshow, underlining the extreme craftsmanship and detailing of this „rolling prototype“ for new Cycle Kraft parts, most of which will be available as „Bolt On“ components from Custom Chrome Europe in the upcoming 2014 catalog. Congratulations to Kenji Nagai!