Sturgis, SD – The Sturgis Buffalo Chip is giving the public a once-in-a-lifetime opportunity to win a limited edition Epiphone Coronet™ guitar signed by 2013 Buffalo Chip performing bands, Alien Ant Farm, Fuel and Filter. The one-of-a-kind guitar is the prize the Buffalo Chip will award to one lucky individual who enters its Rock the Holidays Guitar Sweepstakes. The sweepstakes is free to enter. Registration is now open at BuffaloChip.com and participating partners’ sites. 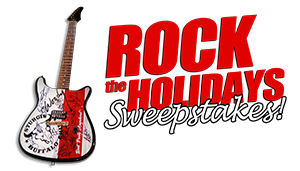 “I can’t think of a better gift for someone to unwrap than a collectable guitar signed by these three amazing bands,” says Rod Woodruff, president of the Sturgis Buffalo Chip. “It doesn’t matter whether you play guitar or not. This beautiful instrument is one of the most sought after collectibles of the Music Festival, and we’re eager to hand it over to the winner.”

The three bands that signed the custom guitar performed the grand finale to the Buffalo Chip’s nine-day music festival during the Sturgis Rally in Aug. 2013. It is the only guitar of its kind autographed by the bands, making it a collector's dream.

Enter the Rock the Holidays Sweepstakes at www.BuffaloChip.com or participating partners’ sites for your chance to win this exclusive Buffalo Chip music lover’s memento. Registration closes Dec. 17, 2013 at 5 p.m. MST. The winner will be announced Dec 19.

The 33rd annual Sturgis Buffalo Chip Motorcycle and Music Festival will deliver nine days of non-stop entertainment including Florida Georgia Line and Lynyrd Skynrd. Running July 28-Aug. 9, 2014, camping passes are on sale now, and all concerts are free with camping. For more information about camping, concerts and motorcycle events at the Sturgis Buffalo Chip campground, visit www.BuffaloChip.com or call (605) 347-9000. 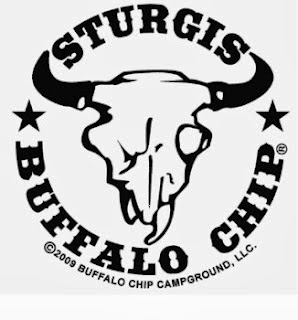 About The Sturgis Buffalo Chip
Since 1981, the Sturgis Buffalo Chip has provided nine days of epic live music experiences and exciting activities for fans from around the globe. The family-owned and operated Sturgis Buffalo Chip® is host to the Sturgis Rally’s cornerstone event, known as the Largest Music Festival in Motorcycling™ and The Best Party Anywhere™. Concerts are free with camping. Passes grant access to music industry's hottest stars, the Bikini Beach Swim Paradise, 25 bars, mouth-watering food and beverage vendors and thrilling exhibits. The Sturgis Buffalo Chip offers clean, well maintained facilities, private showers, cabins, RVs, paved roads and more. Outrageous events such as unforgivably hot bikini contests and jaw-dropping daredevil stunts are a few of the many daily spectacles unique to the Chip. The famed creek-fed 580-acre camping resort is located three miles east of Sturgis, SD. Now in its 33rd year, this event is one of the few remaining independent music festivals in the world. The Buffalo Chip is a festival experience like no other. More details are available at www.BuffaloChip.com.

About Epiphone
Celebrating its 140th Anniversary, Epiphone is a leading innovator in musical instrument design and is the official instrument of Rocksmith 2014, the critically acclaimed video experience that is teaching millions around the world how to play guitar and bass. From Epiphone’s humble beginnings in Sparta, Greece in 1873 through its rise to fame on 14th Street in Manhattan, to its reemergence as a dominant force in musical instruments from its new headquarters in Nashville, TN, Epiphone instruments can be heard on a century of classic recordings. Today, Epiphone instruments are played on stages and in studios around the world. Epiphone artists include legends Les Paul, The Beatles, The Rolling Stones, Joe Pass, John Lee Hooker, The Who, and today’s top artists like Gary Clark Jr., Paul McCartney, Dave Grohl, Jack Casady, Joe Bonamassa, Zakk Wylde, Dwight Yoakam, Tommy Thayer of KISS, Slash, FUN., Matt Heafy, Alabama Shakes, Vampire Weekend, and Brendon Small. As part of Gibson Brands, Epiphone offers innovation, history, and the guarantee that their instruments can last you a lifetime.  www.epiphone.com
Posted by Onno "Berserk" Wieringa www.madnessphotography.nl at 06:43