The new visual element evolves the design of one of the most recognized symbols in motorcycling and creates more choices for members to express their pride in H.O.G.® membership. 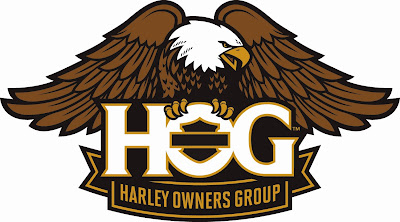 “The iconic H.O.G. logo represents the passion of our riders, and no matter where in the world you go, chances are you’ll find a fellow rider wearing it. It’s a global symbol of freedom, independence and love of the open road,” said Harley Owners Group Director Ken Knuteson. “As part of our commitment to bring more value to our H.O.G.® members, we asked them to help direct the evolution of this powerful symbol.”

The new logo is the latest in a series of enhancements to the H.O.G.® membership experience in 2013, including a refreshed members-only web site, updates to the company’s Ride Planner online ride mapping service, and launching a digital edition of HOG® magazine for mobile devices.

More than 100,000 H.O.G.® members around the world voted online and overwhelmingly selected the winning logo over several proposed designs. The new design captures the spirit of the original Heritage design, which has been in use since the beginning of H.O.G. in 1983, and remains instantly recognizable to legions of H.O.G.® members around the world.

Major changes to the logo include bringing the Harley-Davidson Bar & Shield into the heart of the design, proudly representing H.O.G.® as the official riding club of Harley-Davidson, while the eagle shifts its gaze in a new direction to seek new horizons and adventures. Both the new and Heritage versions of the H.O.G. logo are available now on patches and other merchandise and will be joined by additional graphic options in the future to provide members with even more opportunities to express themselves and show their pride in membership.