Harley-Davidson reveals the Street 750 and Street 500 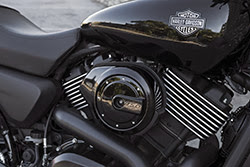 MILAN – Harley-Davidson (NYSE: HOG) is continuing its monumental ride, which began with the introduction of Project RUSHMORE in August, by revealing two new Dark Custom™ motorcycles designed for young urban riders around the world.

The Harley-Davidson Street™ 750 and Street™ 500 motorcycles – the first all-new platform from Harley-Davidson in 13 years – are built for urban environments with all-new liquid-cooled Revolution X™ powertrains, nimble agility and the sound and look that lets everyone know they are genuine Harley-Davidson. 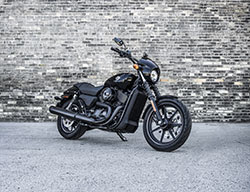 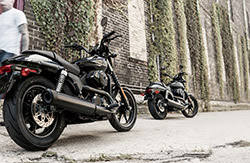 “These are the newest motorcycles to join our Dark Custom lineup, which helped make us the number-one selling brand to young adults in the U.S. for the past five years,” said Matt Levatich, President and Chief Operating Officer, Harley-Davidson Motor Company. “Both the Street 750 and Street 500 were designed with thousands of hours of input from young adults in cities around the world. This input guided both the attitude and capabilities of these motorcycles. They are proof that being customer-led continues to be a core driver of our product development process.”

Urban, Authentic Harley-Davidson
The Street 750 and Street 500 from Harley-Davidson are built for an urban environment. Each motorcycle features the new Revolution X engine, designed to match the demands of stop-and-go traffic with nimble agility, while delivering instant throttle response to escape city gridlock.

The Revolution X engine will be housed in a new, narrow and lean chassis built for agility, with a super-low seat height, new suspension and broad handlebar sweep that provides confidence and maneuverability when managing tight turns and fast moves. Both signature Dark Custom motorcycles feature a premium, minimalist style that serves as a blank canvas for riders to customize. 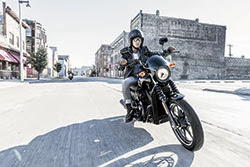 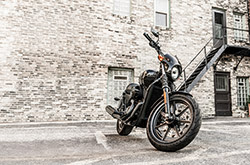 Dark is in the details.

Blacked out engine and covers. Black pullback handlebars. Black fork gaiters and lowers. The first all-black exhaust on a Harley® motorcycle since our original Café Racer motorcycle was roaming the streets in the 70’s. You’ve also got a café style speed screen. A 17 inch front wheel. And an aggressive slash on the tail section. This isn’t something common rolling down the boulevard every day of the week. This is the new Harley-Davidson Street™ motorcycle. This is Dark Custom attitude like nothing the world’s ever seen before 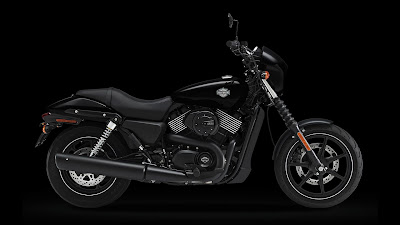 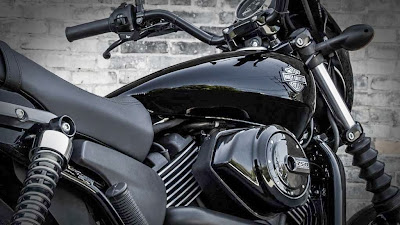 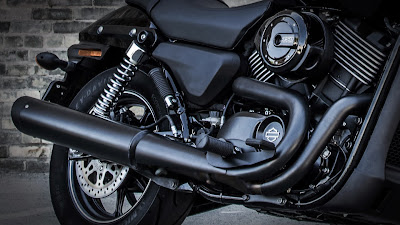 Not just a sound. A signature.

No one on your block will mistake the note coming from the upswept exhaust on the new Harley-Davidson Street™ motorcycle. This is the pure, deep-thumping Harley-Davidson V-Twin engine rumble; the kind that hits your ears and reaches all the way down to the pit of your stomach. Tuned to perfection in our state-of-the-art sound-testing facility in Milwaukee, Wisconsin, USA. Instantly recognized on any corner in the world. 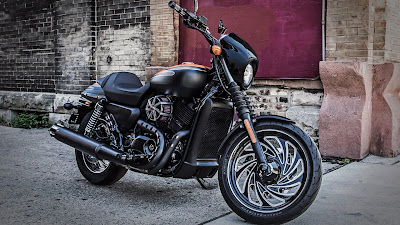 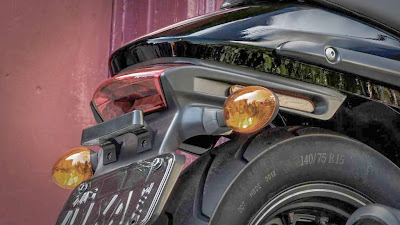 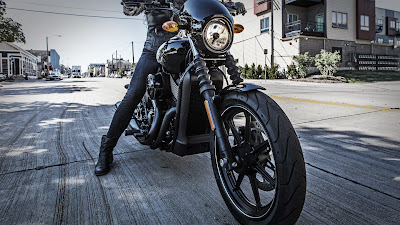 Premium Harley-Davidson. There is no other kind.

Take a close look at any Harley-Davidson motorcycle you see parked under the neon lights. Premium to the last detail. The Harley-Davidson Street™ 750 and 500 motorcycles are no exception to that rule. Steel tank and fenders. Paint a mile deep. LED taillight and mini bullet turn signals. Ignition, fork and gas cap locks. Rock-solid belt final drive. Painstakingly tight fit and finish. Intuitive hand controls. Because only a motorcycle we’re proud to build is a motorcycle you’ll be proud to park on your curb 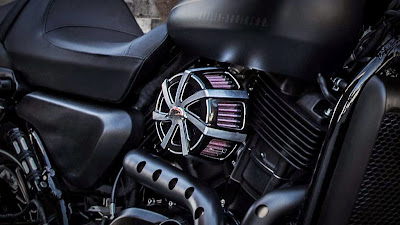 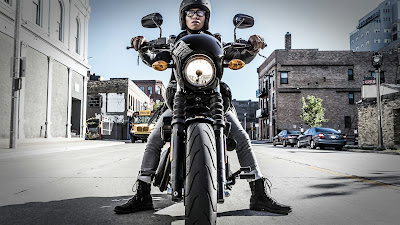 The Harley-Davidson Street™ 750 and Street™ 500 will be rolling into dealerships in select markets starting in 2014. 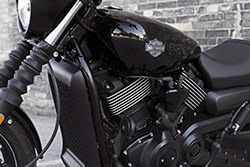