TOP A FUEL TANK WITH THE EDGY HARLEY® CHISEL COLLECTION 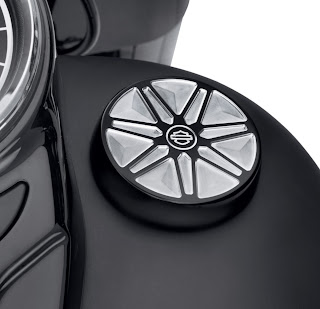 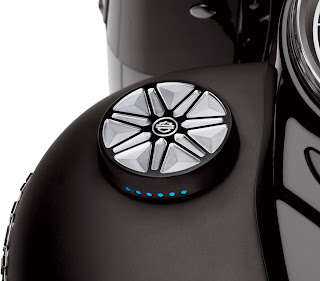 The low-profile Chisel Collection Fuel Gauge (P/N 70900354, $179.95) replaces the analog readout with six bright LED lamps that glow blue when the tank is full and extinguish one by one as fuel is consumed. A photocell automatically adjusts LED brightness for improved visibility in direct sunlight, and dims the display at night to avoid distraction. It offers plug-in installation without wire splicing. This fuel gauge fits 2009-later Dyna® models (except Super Glide®), many 2008-later Softail® models, and 2008-later Road King® models. (Some local regulations prohibit using colored lights during vehicle operation on public streets. It may not conform to local lighting regulations.)