A new exhibit at the National Motorcycle Museum tells the story
of the early evolution of scooters and mini-bikes. 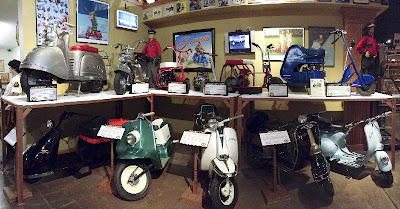 Scooters as we know them today were created out of necessity after World War II. Practical, but stylish and fun, they continue to play a key role in personal transportation worldwide. A new exhibit at the National Motorcycle Museum in Anamosa, Iowa features a wide range of designs spanning about 75 years. 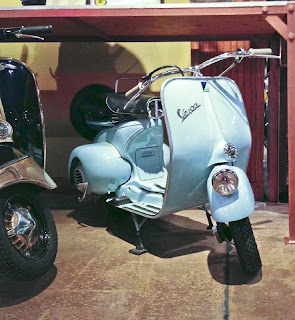 Even though motorcycles could have served as cheap transportation, in the 1940's a war torn Western Europe needed even cheaper more convenient transportation to get people back to work. Many train and trolley systems were destroyed, but most roads could be quickly repaired to become navigable. The scooter was a perfect fit for the circumstances. In fact governments encouraged damaged manufacturing companies to rebuild as scooter makers first, and some like Piaggio in Italy and Gogo, built by Glas in Germany, figured it out on their own. The circumstances gave designers and engineers a challenge; make a friendly two-wheeler anyone could ride and make it quick to tool up for and manufacture in a matter of months, and not be too demanding on natural resources. 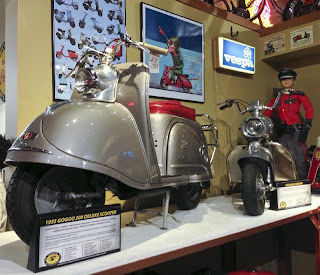 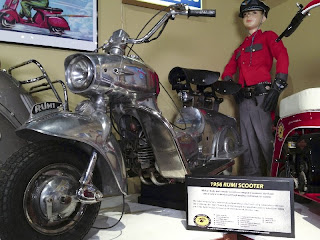 True, there were pre-World War II scooters like the amazing Salsbury, also included in the Scooters! Exhibit, and Salsbury innovated much that is standard in scooter design many decades later. But in addition to compact engine/transmission drive units, early post-World War II designs from Vespa and Lambretta are even more innovative. Twist-grip shifting, storage, easy kick starting, good lighting and smooth enclosed body work for people used to the contours of Fiats, and later, Fords and Chevies, made them continually popular. 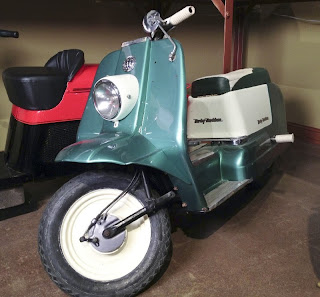 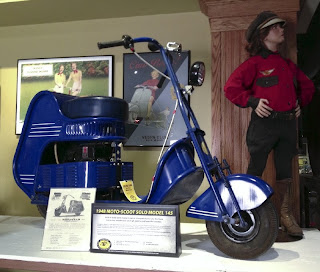 A requirement of the earliest of scooter designs, step-through layouts with flat floorboards, accommodated women, who at the time wore skirts and dresses even to manufacturing jobs. And scooter drive systems that are simple to operate and compact were innovated. This era brought us Italian designs in which the engine, primary and final drives are a "unit" all beneath the seat, at the rear. Manufacturers gave these machines a distinctive look; styled and painted them in a fresh way to move hearts and imaginations out of the pains of war and into the modern era. 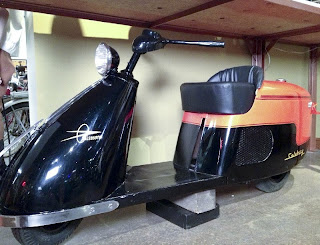 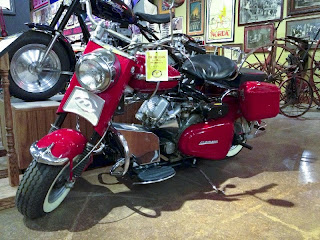 The Scooters! Exhibit also includes some interesting mini-bikes including the Iowa-made Doodle Bug and all-aluminum folding Argyle. And there's great contemporary artwork, scooter toys and even some video footage to watch. It's all on display for a year, through May 2014, at the National Motorcycle museum plus over 400 other motorcycles, several thousand pieces of motorcycle art and memorabilia.

If you need more information about the National Motorcycle Museum, check out the website, www.nationalmcmuseum.org, or call 319.462.3925.