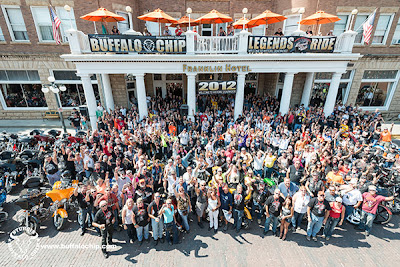 Sturgis & Deadwood, SD (July 10, 2013) The Legends Ride, the premier celebrity/charity event in motorcycling, today announced an all-star roster of film, television and motorcycle celebrities ready to meet participants as part of the most anticipated and widely popular events of the annual Sturgis Rally.  The Legends Ride, now in its 6th year, kick starts the rally on Monday, August 5th. More than $300,000 has been raised for local, Black Hills charities since its inception.  Tickets for the must-attend Sturgis event are still available by calling (605) 347-9000 or by logging onto www.legendsride.com. 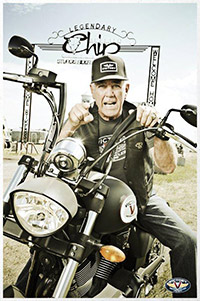 “The Legends Ride is all about promoting South Dakota and showcasing the generosity of motorcyclists to a world-wide audience” says Rod Woodruff – president of the Sturgis Buffalo Chip.  “No other event in Sturgis can match the world class-motorcycle atmosphere of the Legends Ride, from which 100% of rider’s contributions go directly to its chosen charities.” “We are delighted to see so many celebrities, business leaders, media and rally goers come together to support this worthwhile event.”

The Legends Ride kicks off in historic Deadwood with events and entertainment at the Silverado-Franklin and Deadwood Tobacco Company followed by a scenic ride through the Black Hills, ending up at the Sturgis Buffalo Chip for a special riders-only reception with complimentary food, drinks and triple-headliner concert featuring Jared James Nichols, the Doobie Brothers and Kid Rock. To highlight festivities, a special live auction will be held in Deadwood for the sale of the 2013 Legends Ride custom Harley built by the students of Sturgis Brown High School.
"The Legends Ride has grown and given back to charity tremendously in just five short years.  The popularity of the event continues to grow, and we are grateful to be part of something that helps so many," said George Milos, executive director of the Deadwood Chamber of Commerce & Visitor's Bureau.

Industry-leading corporations throughout the United States provide support for the Ride that Rocks ™! Their support allows for 100% of riders contributions to be donated directly to the Black Hills Special Olympics and the Sturgis Motorcycle Museum & Hall of Fame. We thank Budweiser, Black Hills Harley-Davidson, the Deadwood Chamber, Epiphone Guitars, GEICO Motorcycle, Hot Leathers, Interstate Batteries, Pepsi Cola Bottling Co., Russ Brown Motorcycle Attorneys, Silverado-Franklin, WOW! and Victory Motorcycles for creating a memorable experience for Legends Riders and sharing our enthusiasm.  Tickets can be purchased at www.LegendsRide.com or by calling (605) 347-9000. With tickets in short supply, those interested are encouraged to act quickly. 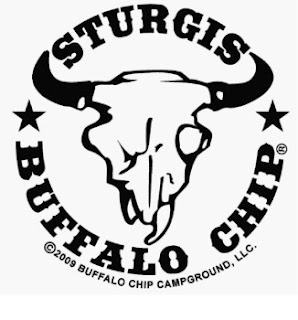