Biker Club the Niglos throw one hell of a Party in the centre of Brussels, celebrating a new outfit for 'Manneken Pis'
A Burgundian Belgium Biker Party  -
In Brussels they do it The Belgian Way… 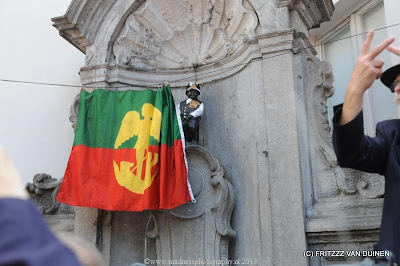 In Belgium well known ‘Manneken Pis’ (Little Man Piss), the famous statue in the centre of Brussels, has been transformed to a true Biker. The ‘Manneken Piss’ has seen many different kinds of appearances, but so far he never has been a Biker. 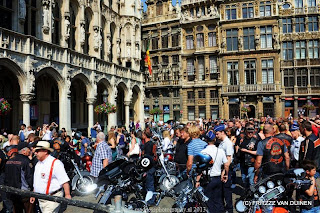 Yesterday some 500 bikers of the Niglos Motorcycle Club, with members from The Netherlands, Belgium and France, were escorted by the Brussels Police on their Harley-Davidsons to the centre of Brussels. The Mayor, Freddy Thielemans, a Biker himself, was presented a customized and airbrushed helmet, and the new outfit for ‘Manneken Pis’. 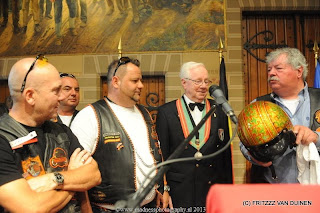 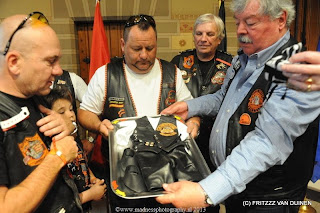 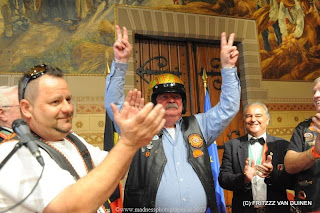 The Brussels flag, covering ‘Manneken Pis, was removed and a big cheer and applaus from the public was heard. Like always, the place was crowded with tourists, wondering what was going to happen. Traditionally, ‘Manneken Pis’ started urinating completely unexpected, leaving the gathered crowd wet and laughing, luckely it was just water! 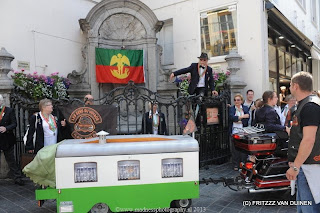 Since most of the Niglos members are travelling people,
their bike trailers represent their lifestyle 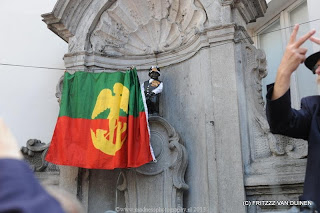 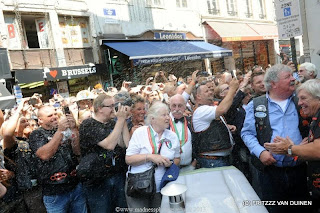 But, the burgundian Lifestyle of the Belgians is not about drinking water, but tasty Belgian Beer! So when the beer came flowing out of ‘Manneken Pis’ his manhood, the glasses were filled and with many speeches and some serious toasting, his new Biker outfit was celebrated! 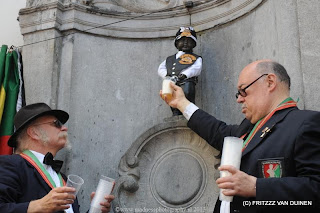 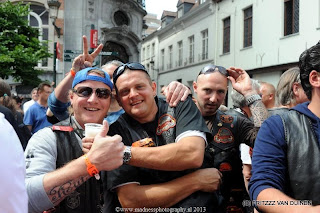 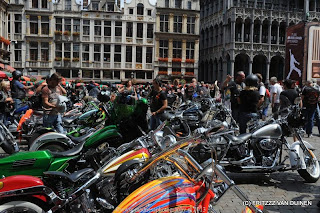 Thanks to the City of Brussels, Mayor Freddy Thielemans and The Niglos
Photo's coutesy and copyright Fritzzz van Duinen - www.fotolifestyle.nl