Joe Mielke, of Klock Werks,
is looking for possibility to organize
The First Harley FXR’s Only Exhibition And Bike Show
In Sturgis


Joe Mielke from Klock Werks is trying to get an FXR Bike Show and Exhibition
organized during  Sturgis Bike Week 2013. 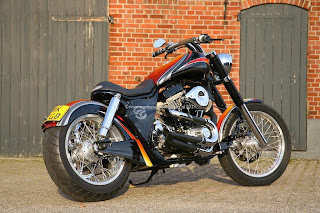 Joe; “I’m putting on a FXR Motorbike Show during the Sturgis Rally. It would be great if you could help put the word out. I am in need of participants and sponsors. The Harley Davidson FXR, in the 80′s and the early 90′s was the bike of choice for club riders, custom bike builders, touring riders, Motor Patrol Officers and it was Harley’s work horse. For many Harley-Davidson enthusiasts, it is arguably the best handling Harley ever built. The first true American sport bike.  Last year during the Sturgis Rally, someone traded in a 1991 FXR for a new motorcycle at Black Hills Harley-Davidson. Everyday working at the Klock Werks show rig I would sneak away and check the bone yard to see what was traded in the day before. Well, on the last day of the rally, my FXR was in the lot. I struck a deal on a price without taking it for a test ride or even turning the key. I was pumped. The first time I rode it was after we tore down the show truck before leaving for home." 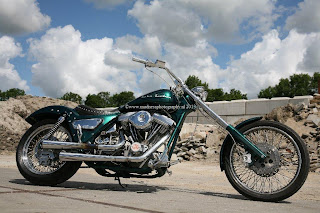 "After getting it home I cleaned it up, changed the fluids and gave it a once over.  A short while later I rode from Mitchell SD to Milwaukee to the HD Museum to meet up with the Motorcycle Cannonball riders. I rode with the Cannonball for 4 days across the upper Midwest. My last stop with the Cannonball was Sturgis SD. The morning the riders continued west I headed back home to Mitchell. What a great maiden voyage, 100% trouble free miles!! And I was able to ride with a bunch of friends, Milwaukee Mike, Beanre, Matt Olsen, Carl Olsen and Randy Aaron just to name a few. I had certainly found the a part of me that just loved riding motorcycles that had become lost. When you live and work in the motorcycle world it seems hard sometimes to just enjoy motorcycles and I had lost the reason I loved motorcycles. But I had it back!" 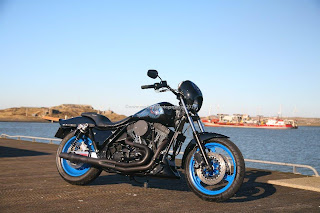 "When the New Year 2013 came around I decided I would make sure I would rode my FXR at least once a week. Rain or shine. FXR Friday was born! I’m proud to say I haven’t missed riding on a single Friday yet. To work, to lunch, out and about and home again. So far FXR Friday has had me riding in rain, snow, mud and on ice. I’ve been running knobbie tires since very early on and when conditions dictated I studded the tires. One morning this winter I rode to work via Lake Mitchell. By via I mean riding across frozen Lake Mitchell. Just to say I did. I was even able to take it on the road with me to Cincinnati for the V-Twin Expo. After we set up for the Expo I rolled the FXR out of the trailer and rode around downtown Cincy in February. So far this year, no matter how my week has gone I have looked forward to FXR Friday. It’s been like falling in love with motorcycles all over again." 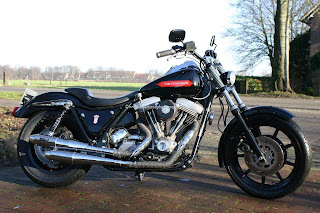 "To keep the FXR train rolling, I decided that the Sturgis Rally this year needed an FXR Only Ride-In Motorbike Show. So that is what I’ve done with the help of the City of Sturgis and the Sturgis Police Department. We’re bringing the FXR back to Sturgis City Park! Again, with the help of the City of Sturgis, I have gained permission to host a FXR Motorbike Show at Sturgis City Park and Soccer Fields.  There had been a great response from the FXR community. Everyone I speak to about it is stoked! I have several guys who have committed to bringing out some old Custom FXRs from the 80s and 90s. We should see some classics built by Billy Westbrook, Arlen Ness, Don Hotop, Dave Perewitz, Donny Smith and more. I’m also excited to see the new customs, road warriors, daily riders and maybe some SUH (Sport Utility Harley) FXRs like mine!" 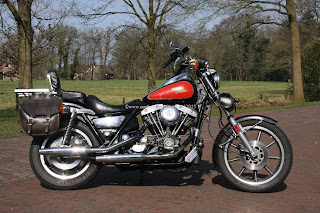 "The Show is going to be on Sunday August 4th at the City Park Soccer Fields in Sturgis. I’m going to keep the show a FREE entry FXR Only show. Registration will be 11:30 to Noon. The show is Noon to 2PM. At 2PM. We will have a Police escort from City Park through Sturgis and leave Sturgis for a ride to Spearfish via Boulder Canyon and Spearfish Canyon. Our host in Spearfish is the Crow Peak Brewery in Spearfish. Once there we will be able to have a cold one. We’ll have some door prizes and trophies to hand out. I also hope to have some auction items to raise some money for the Children’s Care Hospital and School of Rapid City and Sioux Falls South Dakota."

My goal is simple. Get as many FXRs in one place during the rally as possible. Give everyone the chance to look at great motorcycles and talk FXRs. Have fun and do some good for Children’s Care of South Dakota! I’ll need volunteers to help the day of the event and I’m currently seeking sponsors to help cover the costs to keep the show free. And I also need some industry support in the way of Trophy sponsors/prizes, Door Prizes, Swag bag Swag, and Auction Items. If you need more info, want to register for the show or if you want to know how you can help you can also reach at Cell. 605-228-3318 Work 605-996-3700 or Email joe@kustomcycles.com."