The biggest ever International gathering of custom bike builders?

Being staged at Essen in Germany (May 10th - 12th), the all-new Big Bike Europe expo is promising to be the biggest ever International gathering of custom bike builders in Europe! 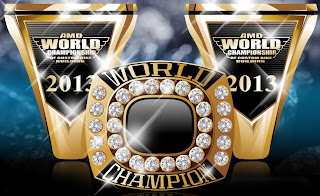 Tickets are now available online for your chance to see a unique, never to be repeated showcase of over 130 top class custom bikes from more than 23 different countries as the AMD World Championship of Custom Bike Building celebrates its 10th anniversary with its first ever appearance in Europe.


Held in the United States every year since it started in 2004 (in recent years at the Sturgis Motorcycle Rally) Big Bike Europe, at the Essen expo centre in Germany, is the all-new permanent host event for the AMD World Championship.

Already showcasing competitors from a record number of countries (see the full list so far at http://www.amdchampionship.com/worldchamps-entries.php), industry reaction to the decision to bring the event to where the world's finest custom motorcycle design and engineering is to be found has been "more enthusiastic than even we had hoped for" according to AMD Magazine publisher and Big Bike Europe / World Championship organiser Robin Bradley.

"The original concept for the World Championship was born here in Europe, in response to the stunning design and engineering that our industry had been producing.  With 8 out of the 9 World Champions so far coming from outside the United States,  the decision to bring it "home" to Europe has proven to be 100 percent justified", Bradley went on to say.

In addition to the bikes, Big Bike Europe visitors will get the chance to meet personally and face-to-face many of the finest custom parts, performance and accessory vendors in the international v-twin industry.

A full list and show floorplan can be seen at www.BigBikeEurope.com. 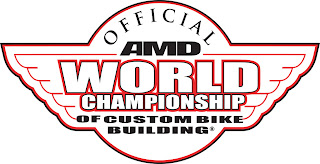