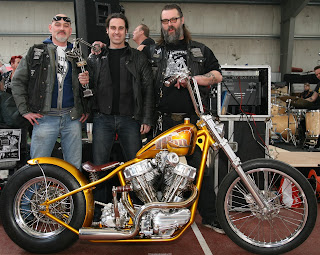 Out of the one hundred bikes competing in the Rogues MC Choppershow in Hoogwoud, The Netherlands, the famous SuperPan II, built by Iron Pit Shop based in Helmond, won the 'Best of Show' Award. 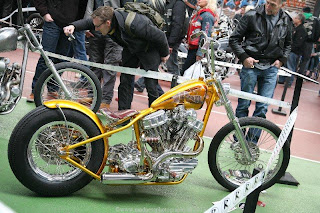 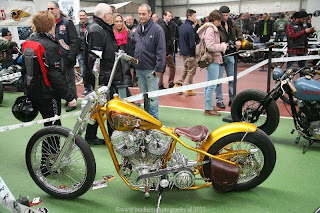 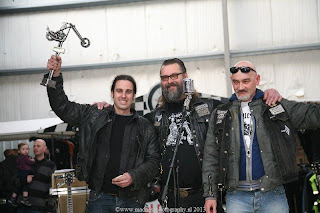 Ronnie Breuer, (far left) owner of the Iron Pit and builder of the SuperPan II, received his Award and a 200 Euros cash prize at the Rogues Choppershow 2013 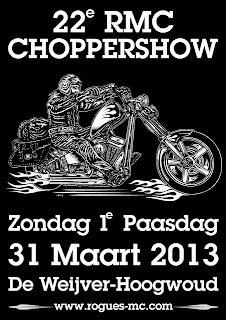