AMD Magazine is delighted to announce that respected German spoke wheel and styling parts manufacturer, TTS motorcycles, is to exhibit at the all new Big Bike Europe expo at Essen in Germany in May 2013.
REGARDED as the leading custom and Harley-Davidson aftermarket spoke wheel manufacturer in Europe, TTS Motorcycles' owner Torsten Kroener was one of the first European parts manufacturers to sign up for BIG BIKE EUROPE.
Commenting on the show, Torsten says that: "I like the focus that this new project has, and its recognition that the riders that our dealers sell to have a very high standard in terms of the knowledge and information that motivates their buying decisions."

Recent additions to the TTS line of rims and complete wheels include new 4.50 x 16" wheels for Sportster 180 tire applications. Available in a wide selection of rim dimensions, spoke numbers and colors/styles, the company also introduced a selection of styling parts for the Cross Bones Bobber in 2012.
BIG BIKE EUROPE is the all-new expo concept for the motorcycle industry in Europe, focused on parts, accessories, touring, custom, performance, service, workshop and tuning.
A 'non-selling' Pro-Grade expo, BIG BIKE EUROPE is the new, permanent host event for the acclaimed AMD World Championship of Custom Bike Building - 2013 will see the World Championship mark its 10th anniversary and first ever appearance in Europe.
BIG BIKE EUROPE will be a three day expo offering exhibitors an all-new Trade and VIP Guest Rider Invitational and ticketed consumer attendance strategy.
The first day (Friday May 10th, 2013) is "Invitation Only" day, set aside for motorcycle dealers, importers and distributors, custom shops, custom motorcycle builders and customizers, and, in an industry first, allow industry professionals to offer 'VIP Guest Rider'  no-cost access-all-areas tickets to their best consumer customers.
The weekend (Saturday 11th and Sunday 12th May) is open to all-riders, enthusiasts and the general public, with advance purchase tickets available from as little as €15,00 (approx $20.00) a day. 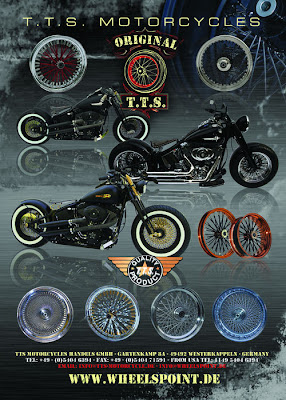