AMD Magazine is delighted to announce that the Daytona, Florida based tuning and fuel management specialist Daytona Twin Tec is to exhibit at Big Bike Europe at Essen in May 2013.

Owned and operated by industry legend Allen Alvarez and featuring advanced electronic fuel injection technology developed by former Crane engineer Chris Schroeder, the Daytona Twin Tec brand was one of the first to achieve mass sales when the aftermarket responded to Harley-Davidson's introduction of fuel injection in 2001/02.

Daytona Twin Tec offers a three year limited warranty on a product range that extends from ignition systems for carbureted Harley-Davidson models through to engine control systems for 2001 and later fuel injected Harleys, including V-Rods.


A 'non-selling' Pro-Grade expo, BIG BIKE EUROPE is the new, permanent host event for the acclaimed AMD World Championship of Custom Bike Building - 2013 will see the World Championship mark its 10th anniversary and first ever appearance in Europe.


The first day (Friday May 10th, 2013) is "Invitation Only" day, set aside for motorcycle dealers, importers and distributors, custom shops, custom motorcycle builders and customizers, and, in an industry first, allow industry professionals to offer 'VIP Guest Rider'  no-cost access-all-areas tickets to their best consumer customers.

The weekend (Saturday 11th and Sunday 12th May) is open to all - riders, enthusiasts and the general public, with advance purchase tickets available from as little as €15,00 (approx $20.00) a day.


Designed as an expo for high-mileage riders of large displacement motorcycles, those who take performance, handling, touring and the looks of their motorcycles seriously, BIG BIKE EUROPE is the first expo to recognize that some two thirds of the value of the European motorcycle market resides with the owners of  Europe's 'Big Bikes' - the one-third of all road-registered motorcycles in Europe that are of over 250cc (source: ACEM).


In addition to a local population of some 18 million "high percentage motorcycle ownership" consumers within a 100km radius of Essen, Germany, research suggests that some 60 plus percent of Europe's franchised motorcycle dealers and custom shops are within a four or five hour ride of Essen.


In fact it is estimated that some 65 percent or more of continental Europe's large displacement road-registered motorcycles of all kinds, including Harleys, are within a 500 to 600 km radius of the venue, making BIG BIKE EUROPE a central venue for the motorcycle parts, custom, workshop and performance industry in Europe (sources: International Motorcycle Industry Index, Moto Big Book, International Dealer News). 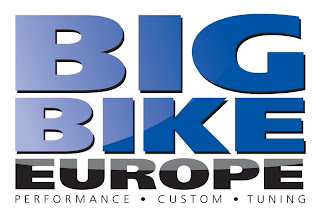