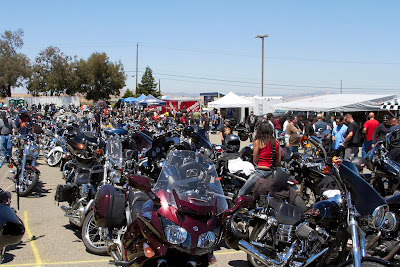 Hollister, CA- On Monday, January 7, the Hollister City Council unanimously and enthusiastically voted to bring back the world renowned Fourth of July motorcycle rally for the 2013 season. The re-born event, which has been on hold since 2009, is set to take place on July 5th & 6th.


Mike Corbin, among many others, was instrumental in bringing this rally back. Corbin is planning their 4th Annual Rider Appreciation Day during the same time as the rally. 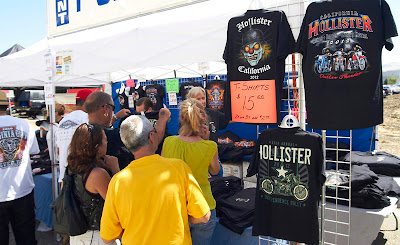 The American Biker image was born in Hollister Fourth of July weekend in 1947 when a group of rowdy bikers in town for the annual Gypsy Tour event reportedly terrorized the town. The story was picked up by Life magazine who published the iconic photo of a drunken biker sprawled on his bike amid a sea of beer bottles. The exaggeration was further sensationalized in the Marlon Brando movie “The Wild One”. The image stuck and has become an icon of Americana that lives to this day.

After “The Invasion of Hollister”, the annual Gypsy Tour event went dormant for decades. In preparation for the 50th anniversary of the historic event, Sonny Barger presented the idea of a rebirth to the city of Hollister and local business people. It took a lot of effort by many people, but it didn't take long for the Hollister Independence Day Rally to become the largest Motorcycle Rally on the West Coast. 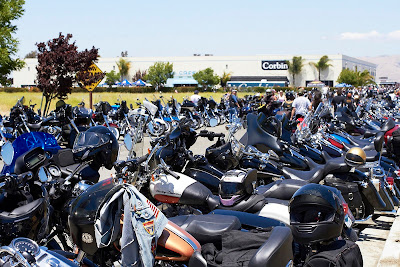 This year, attendees can expect motorcycle-only parking filling downtown Hollister with side streets devoted to a wide variety of rally vendors. Two large entertainment areas downtown will offer live entertainment and local beer gardens. On Saturday, center lane parking on the main drag will be occupied by the official bike show which is a part of the World Championship of Bike Building. Motorcycle manufacturers will be in attendance at multiple locations offering demo rides.


Riders will receive an enthusiastic welcome back from local businesses, eateries and taverns for this annual town highlight. Around the area there is excellent scenic riding, wine tours and a summer concert series at a local vineyard's outdoor amphitheater.


Mike Corbin, The “Idea Guy” that keeps things flowing smoothly at Corbin sends his personal thanks to the thousands of riders for supporting Corbin in their efforts to keep Independence Day alive in Hollister. “Without the support of the riders, venders and city officials, none of this would have happened”, Corbin stated.

As always, Corbin will be running factory tours throughout the day and will also be offering a 10% discount on all Corbin products throughout the week. Installation of Corbin goodies is always free at the Corbin factory and you can make an appointment to have your new seat made.