All competing in just one class, the bikes were of outstanding quality and came from all over Europe. The jury; Cory Ness (Arlen Ness Enterprises), Barry (Motor Technica, Belgium), Kenji Nagai (Cycle Craft), Horst Rösler (Freelance reporter / photographer) and Onno Wieringa (Freelance reporter / photographer) had a hard job picking the six best bikes out of the finest bikes ever seen in Rosmalen.
Sponsored by Zodiac International, Harrison Billet, JR Promotions/WCC and Vulcanet, a total amount of the prize money of over €6000,00 was to be won. 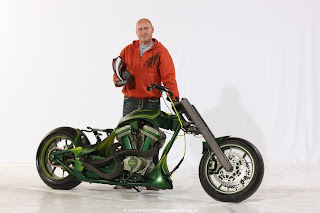 The sixth place: Bike Builder Milan, coming from the Chech Republic, won 250,00 euro’s with his Buell engined Snake Bike with, amongst many other parts, home-made frame. He also won a Vulcanet Bike Cleaning package and a WCC jacket too. 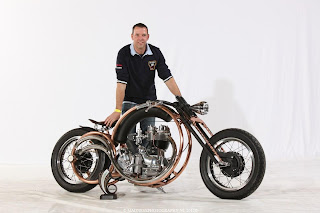 Fifth place was for Dutch builder Piet Smit with his rather extreme bike, that has an unusal but very attractive frame with round swooping round lines. He won 500,00 Euro’s, a Vulcanet Package and a WCC jacket. 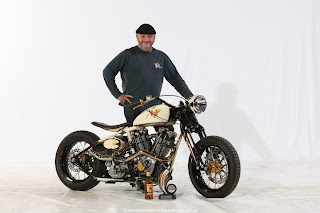 Fouth Place was for Lamb Engineering, Larry Houghton, from England with his superb JAP engined, clean bike. He won 750,00 Euro’s, the Valcanet Package and a WCC jacket. 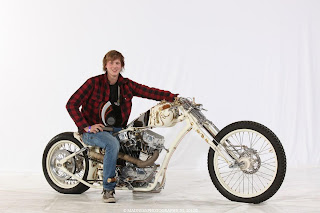 Young Dutch bike builder Paul van der Gullik ended on the third spot. His nicely, well detailed bike was appriciated by the jury for it’s clean lines and the many selfmade parts. He won 1000 Euro’s, the Vulcanet Package and a WCC jacket. 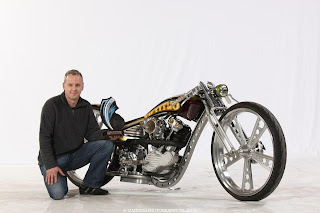 German builder Michael Naumann was more than happy; ending as runner-up with his  clean, slim, big wheeled Shovelhead. With 1500 Euro’s in cash, a Vulcanet package and  WCC jacket to take home. 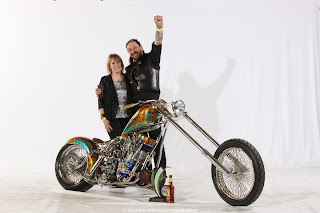 No doubt the winner; Destiny Cycles’ beautiful, well engineered and astounishing bike in seventies chopper in Swedish style. A paint job that’s breathtaking and details that keep your eyes glued to this bike makes it the coolest bike in the show. Vic, owner of Destiny Cycles built the bike and proudly he received the biggest trophy, 2000,00 Euro’s, a 500,00 Euro Harrison Billet Brakes Voucher and  the Vulcanet Bike Cleaning Package and a WCC jacket.