NEW Honda Gold Wing F6B Cruiser
Honda’s new Gold Wing F6B takes the world’s greatest touring motorcycle—our own Gold Wing—and puts a whole new spin on it. Lighter, trimmer, leaner. Perfect for around-town, shorter trips, or even a weekend getaway, the Gold Wing F6B still offers plenty of storage capacity and performance, along with many of the Gold Wing’s comfort and luxury features. Best of all, it has a clean, fresh look that’s all its own. 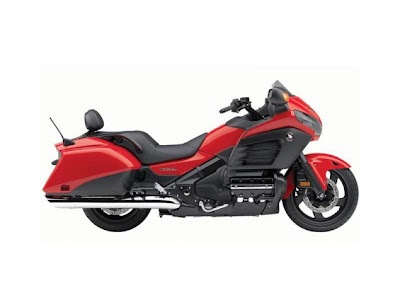 
Gold Wings revolutionized the concept of the modern touring motorcycle, and the new Gold Wing F6B is taking that one step further. The result? You get the best of both worlds: proven Gold Wing performance and the Gold Wing F6B’s innovative, fresh, new take on what a motorcycle like this can be.
Integrated Luggage. 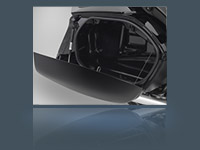 With lockable twin saddlebags, the new Gold Wing F6B gives you plenty of room to carry what you need, or to secure any purchases you make along the way. 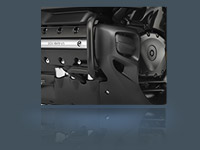 Based on the Gold Wing’s 1832cc powerplant, the Gold Wing F6B’s engine features the same smooth power. And since the Gold Wing F6B is lighter, it’s going to feel even more powerful. The Gold Wing F6B's fuel-injected, horizontally opposed six-cylinder engine is exceptionally smooth and incredibly powerful. This time-tested powerplant delivers plenty of useable power, using regular unleaded fuel. And to eliminate crankshaft-induced torque reaction at the chassis, the gearbox spins opposite the crank's rotation. 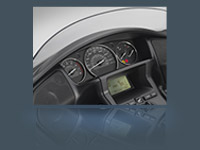 The Gold Wing F6B’s lower windshield really opens up the cockpit, and puts you in touch with the environment. While it still offers excellent wind and weather protection, you’re going to find it’s a lot of fun to ride behind.
Two Feature-Packed Versions. 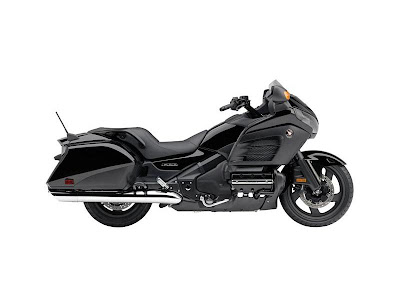 The Gold Wing F6B comes stacked with good things, but for those who want even more, there's the F6B Deluxe: everything in the standard F6B, plus a center stand, self-cancelling turn signals, a backrest, and heated grips. And just like the standard F6B, it comes in either Black or Red. 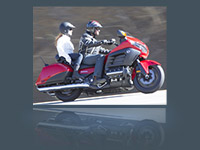