Harley-Davidson has reported strong gains in earnings and dealer new motorcycle sales for the first quarter of 2012.


The American Labor Day holiday weekend at the end of August and beginning of September saw the AMD World Championship program make its debut at arguably its most prestigious venue yet.


Some 24 selected customs in four classes competed for $7,000 cash prizes offered by Harley-Davidson, in addition to the prestige of being on show at the Harley-Davidson museum campus.


The winner of the FreeStyle class also scooped a place on 'TEAM USA' to compete at the AMD World Championship of Custom Bike Building, which is now being staged at the all new BIG BIKE EUROPE expo at Essen, in Germany, in May each year.


That winner was Jon Shipley of Hoosier Daddy Choppers (Bloomfield, Indiana) with 'Whiskey Bent', the 1000cc 1977 Ironhead Sportster engined prostreet rigid, a collaboration with Dirty South Choppers, with which he had taken 10th place at the AMD World Championship at Sturgis just three weeks earlier.


The top cash prize of $3,000, and an opportunity to have his bike on display at the museum for a week, was taken by Steve Iacona of Iacona Customs Cycles, Brooklyn, New York, with 'Challenger', the 1996 1200cc Sportster-engined Modified Harley-Davidson with which he had taken second place in the Mod Harley class at the AMD World Championship at Sturgis in 2011, and with which he won the Mod Harley Class at Milwaukee. 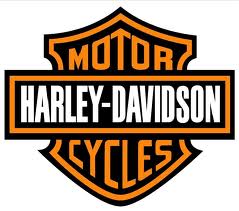