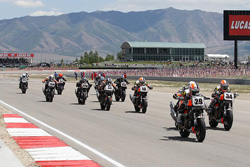 
The next round of the Vance & Hines XR1200 series is June 2-3 at Road America in Elkhart Lake, Wis.
Posted by Onno "Berserk" Wieringa www.madnessphotography.nl at 20:19