Norton V4 Shakedown
With just 24 days until qualifying for the Senior TT, our 195bhp V4 racer is almost ready for the gruelling 226-mile race.Track testing is now underway and the focus has been on fine tuning the way the bike turns and brakes, along with preparations on the Ohlins suspension and Dunlop tyres – ensuring both are synchronized and ready for the toughest road race in the world. The bike is being put through its‘ paces on a high speed test, including a 165mph ‘no hands’ test to check the stability of the bike - definitely not for the faint-hearted! 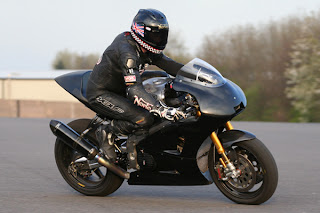 AT Power are sorting out the throttle bodies, fuel injection and ignition mapping. The combination of 195bhp and 190kg when fully fuelled and ready to race is a great combination for the TT. Head of Design, Simon Skinner says, “We’ve gone for a bike we hope will be rock solid…The biggest stuff in terms of the design and engineering are all now done and the list of things to do is much smaller, but no less important. Some of these are going to take a lot of work to get right but we have a good team and determination.” 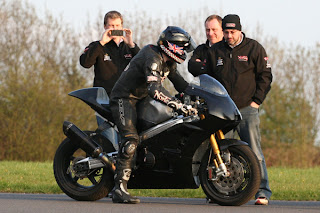 Stuart Garner, CEO said, “Being there for the first high-speed test was interesting and we were all a bit nervous because we needed to know the bike was stable. Our rider Ian Mackman did some high-speed runs, hard braking and lots of track laps - he was really happy.” 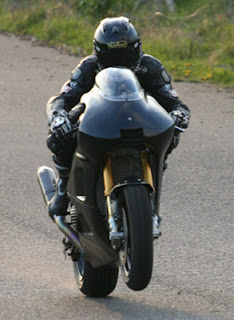 Ian Mackman is one of the few people to have ridden the bike and said, “The first time was just a few weeks ago…the bike feels quite small like a 600 sports bike. We pushed the bike up to 165mph - everything seems right with the stability. The engine feels great in terms of the way it delivers the power, really strong.”