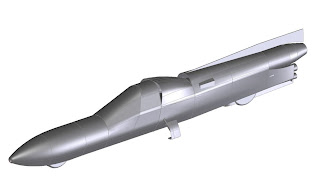 Speedfreak Richard Brown is aiming to raise the motorcycle land speed record to 450mph, using a jet-engine sourced from a helicopter. 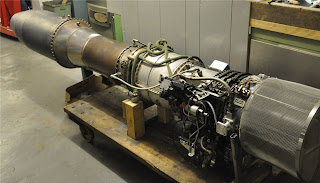 The project, dubbed Jet Reaction, will use a jet turbine engine capable of producing 1250bhp in standard trim but Brown intends to modify the engine to make use of the afterburner effect to create even more thrust. 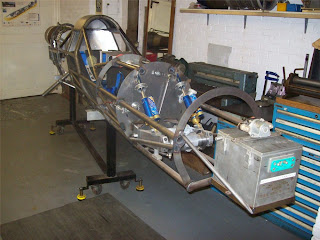 Brown has a history of ambitious projects, he built a sub-orbital rocket and is working on a gas-turbine powered jet pack. In 1999 he set the one-way record top speed for a motorcycle, at 362mph. He faces a whole host of difficult technical challenges, including balancing the weighty jet-engine within the confines of his two-wheeler.
(Visor Down)
Posted by Onno "Berserk" Wieringa www.madnessphotography.nl at 16:12